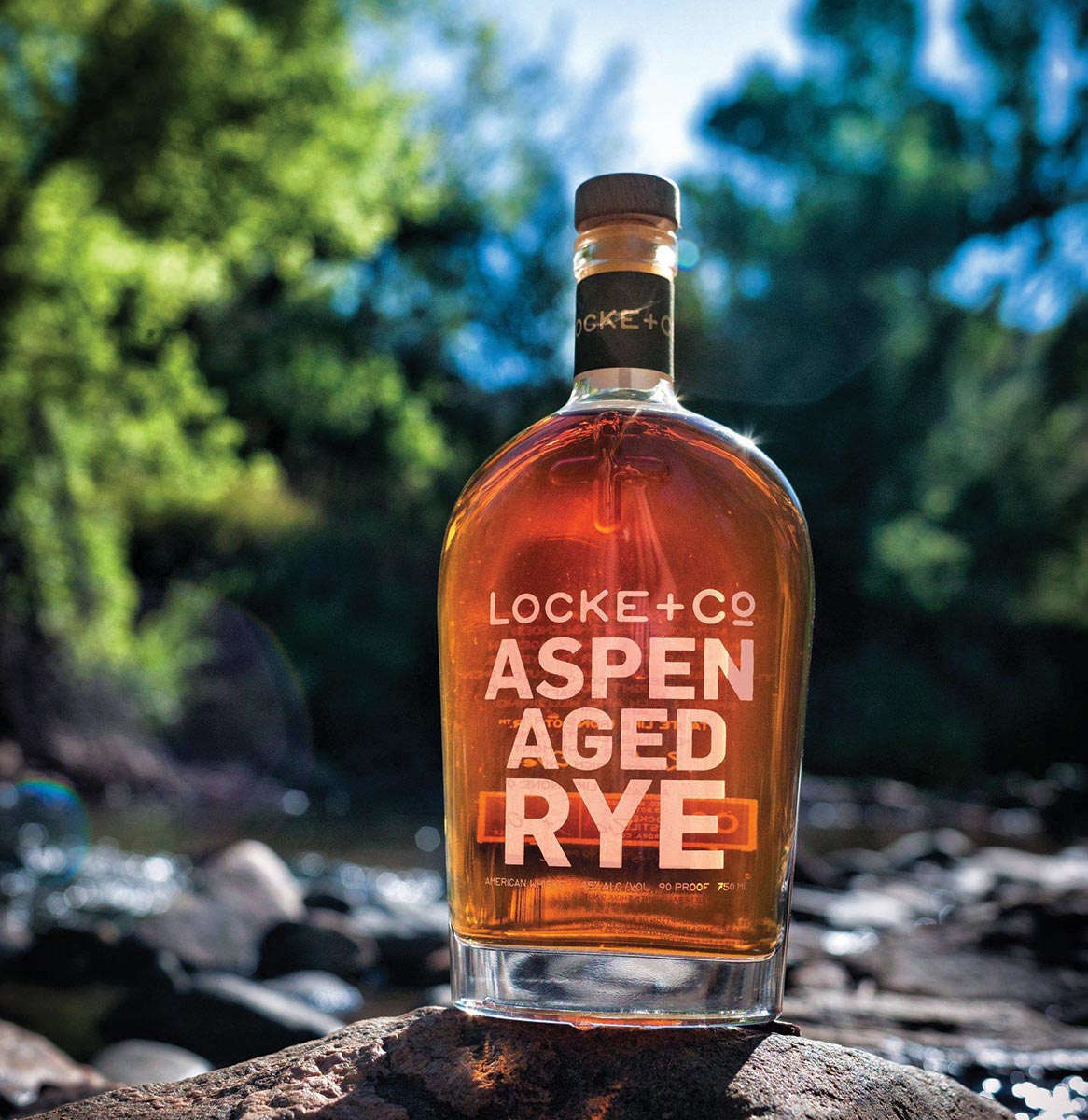 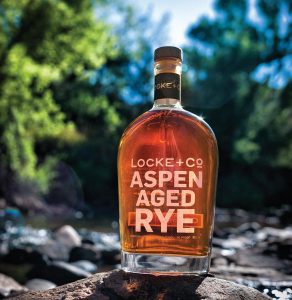 Locke + Co Aspen Aged Rye Whiskey, 45% ABV, is sold in 750-ml bottles. Each taste begins with a spice note from the rye, with strong pepper and fruit notes. A sweetness with hints of cherry pits and vanilla are followed by subtle notes of caramel, brown sugar and golden maple syrup.

Available via Brescome Barton, Aspen Aged Rye Whiskey is a new-to-market offering from Colorado-based distillery Locke + Co Distilling. With a mash bill of 95% rye and 5% malted barley, it is aged at least two years in 30-gallon or smaller barrels from Aspen wood harvested outside of Fairplay, Colorado. The wood is then cut into discs, rather than staves, to intensify aging. The Locke family’s roots in Colorado moonshining go back several generations. Owen Locke kept the craft tradition alive with an early knack for brewing that continued throughout college to graduate school, where he reconnected with high school friend Rick Talley. After receiving their MBAs through the same program, in 2010 the two decided to start their business, buying a 23-gallon still that turned a garage hobby into a lifestyle with their first whiskey batches aged in small barrels. The Locke + Co distillery is located in Aurora, bordering east Denver.