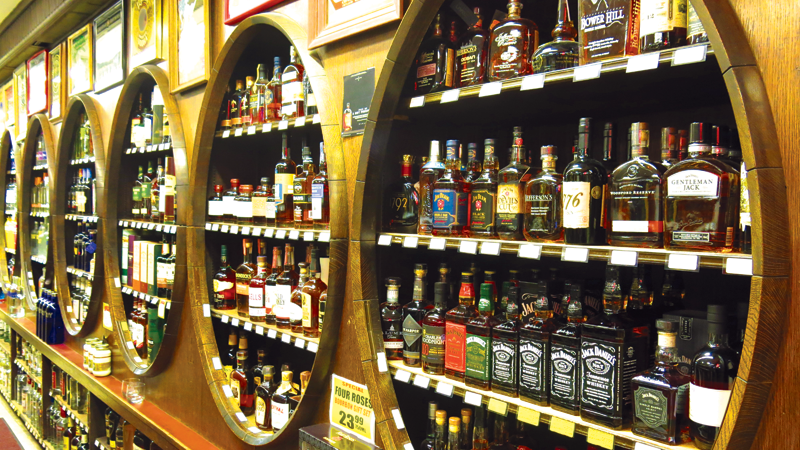 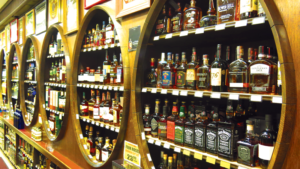 In Emmett, ID — a former mill town with a population of 6,500 — Main Street Beverage is also a bait & tackle shop. The Roundup Bar down the street serves strong pulls of vodka or Fireball to actual cowboys, and a vested craft bartender is nowhere in sight. Yet at the liquor store, where once only Jack Daniel’s, Jim Beam and Wild Turkey were offered, you’ll now find labels like Whistlepig, Bulleit and more. It’s not a big selection, but it’s evidence that today’s growing whiskey market reaches deep and across many lines. How you sell that whiskey is increasingly important.

According to the Distilled Spirits Council, in 2016, overall whiskey sales were up 4.1% over the previous year, with especially strong revenue growth in super-premium Irish and Scotch whisky. Meanwhile, the number of micro/craft American distilleries has increased from 92 in 2010 to 750 in 2015. In many metrics, whiskey is outpacing vodka and tequila. All of this is a roundabout way to say, your “Whiskey Wall” has almost certainly grown significantly over the past few years, exposing the need to organize distinct product types carefully under one whiskey umbrella. Managing it to best effect, and for the best possible sales has never been more important.

“We’re trying to build up our bourbon collection, because apparently it’s on the rise,” notes a clerk at Figaro’s Wine and Liquor in West Hempstead, NY. While not quite a “bulletproof” store, the front door is locked, requiring customers to be buzzed in, reflecting a complex and challenging neighborhood. Lower-tier brands still dominate, but on one column of shelves (visible when you walk in) is a smattering of Irish, Scotch and Canadian whiskies.

Nearby are Bourbon, Rye and Flavored options. And not just the basics: indie and “small batch” brands like Templeton and Woodford Reserve are prominent at the eye level and above, and the clerk says her customers are eager to buy. The store also carries offbeat labels, including American Barrels Bourbon (which celebrates Americana with a rattlesnake adorned bottle and a shotgun shell base) and Spirit Bomb, a blend of Irish whiskey, vodka and spices.

Lowery’s Wine Factory trumpets “Discount Wines & Liquors,” but the selection of whiskies is perhaps even more impressive. Shelving nooks shaped like barrel cross-sections are chock full of whiskey, primarily by brand (so the Jack Fire is tucked in with the rest of the family, for example); specials get pulled out for case stack displays. 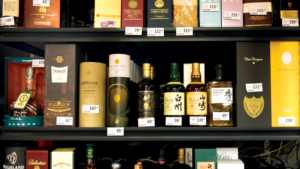 Choice Discount Liquors & Wines in Queens places whiskies front-and-center behind the clerk immediately as you walk in (for some reason, a single bottle of saké is shelved amongst the blended Scotches and bourbons). In the small display case below the counter, ultra-premium labels like Johnnie Walker Blue in a recently promotional package provide higher end options for special events, collectors and the increasingly gentrifying neighborhood.

One thing becomes clear as I wander among the aisles at all socio-economic levels: it’s important to stay on top of your frequently shifting customer base. While no one wants to discourage the old-timers, and a shop with a largely singular demographic can get comfortable marketing to the same audience for years, neighborhoods change. What’s more, even the die hards are more willing to explore in 2017 than they were in 1997. Your store may not cater to a thirty-something crowd seeking the latest craft distillery expression, but your customers are increasingly aware of the options out there, and increasingly interested. Staying on top of shifting interests in categories is also important.

Some shops of course, are catering to the demanding craft and ultra-premium audience, and building “Craft” sections. But whiskey’s au courant popularity opens it up to more dynamic shelving as well. At Bottlerocket Wine & Spirit in Manhattan’s Flatiron District, for example, owner Tom Geniesse notes, “We don’t have a regular alternative organizational scheme—though we probably should. We do create island sides for occasions: think ‘Father’s Day.’” In-store tastings are also productive: “It’s a killer chance for people to learn about whiskies and try them.”

But a massive 40-foot whiskey wall is Astor’s real tower of power to the brown spirits fan. Arranged in a sort of spectrum from America to Scotland, then Ireland, Canada and the rest of the world, there are carefully curated segues from Small Batch to Bourbon, Rye, Scotches that exhibit bourbon influences (a popular modern trend), blends, single malts and International Whiskies. This allows fans of one category to start there, but easily and comfortably explore other areas. To that end, Astor’s wall serves as a sort of self-serve Netflix algorithm: “If you like this, you might also like this.”

Not every store has 40 feet of shelf space to play with. There are many considerations geared to managing and displaying inventory to maximize your store’s position in the increasingly complex whiskey world:

Bridge the Atlantic. If Scotch and Bourbon are still on opposite ends of the store, bring them closer together. Increasingly Scotch producers are making products specifically geared to attract the American whiskey audience.

Mix and match, but with purpose. Nudging Scotch drinkers toward a bourbon, or driving lower-shelf consumers to more premium products via strategic “random” placement only works if there is something similar enough that the consumer can tap into it. On the flip side, avoid burying an unusual, small distribution or new product amongst non-related product. On a recent scouting mission, I found flavored whiskies randomly mixed in with high-end rums and budget moonshine on the top shelf alongside limited-edition Booker’s Bourbon.

Keep on top of emerging trends. American Single Malts, while not an official TTB category, is being pushed hard by brands like Westland and Stranahan’s. Meanwhile, Japanese and flavored whiskies deserve their own dedicated signage if not a shelf section, even if you’re only carrying a few labels. Whiskies made from unusual grains are another emerging sub-category.

Consider breaking the mold. Wine shops generally sort wines by region and red versus white. But many have developed other clever categorizing, sometimes by grape, or style or food pairing opportunities. Whisk(e)y encompasses such a broad range of styles and regions, and appeals to a massive, diverse audience. Displays like “Small Batch,” or “Big and Full Bodied,” or even more wonky categories like “Non-Distiller Producer / Sourced Whiskeys” or “Single Grain Spirits” might stimulate interest.

Embrace flavor. Flavored whiskey is no longer just for partiers. Southern Comfort and Fireball dominate, to be sure. But there are other expressions, from the honey liqueurs of Jack Daniel’s and Wild Turkey, to Bird Dog fruit whiskies and Tap Maple versions. Spice Project from the new Boondocks label (infused with cinnamon, cardamom and pepper) is a high-end whiskey that deserves attention.

Think local. Even if your entire whiskey display consists of a half-dozen small shelves, it can be worth it to promote brands made locally. Whiskey fans are thirsty for small distillers and increasingly local distillers are focusing their efforts in their own region rather than nationally, with limited edition releases.

Spread the attention. If window displays are essentially dedicated to a single large brand at a time, consider displaying select whiskies in the sorts of kiosks and end-caps often used for moving wines. Rotating themes, employee picks, in-store discounts, etc can help introduce new brands, emerging trends and hidden values to your customers.