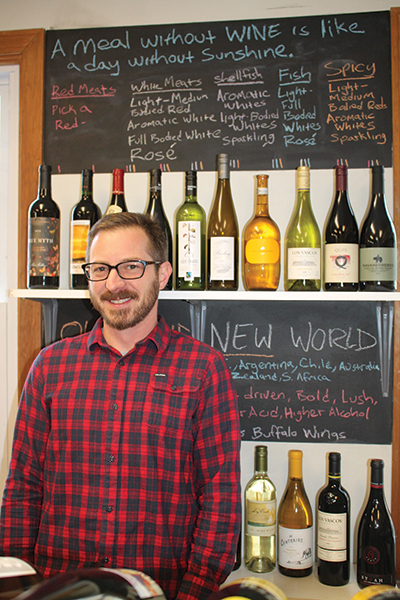 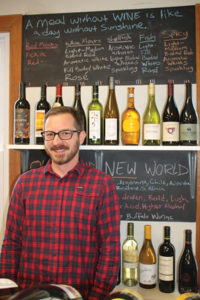 Chris Lamparelli remembers frequently driving by The Liquor Lady during his routes working in landscaping. It was on one of those passes when he saw the building posted for sale and began to wonder about a change in career. With his curiosity and attraction to wine driving him, he thought, “Why not?”

Months went by until I finally decided to do this,” he said. “I figured we’ll start small and see what happens.” As part of the process, Lamparelli discussed store names with the previous owners, who had been in business for more than 20 years, when the name suggestion of The Liquor Lad came up.

“It’s an historic area and people know the name, I just dropped the ‘y’,” he laughed. When he purchased the store, he closed for a month and a half for renovations, including new floors, shelving and lighting, among other improvements. “I also changed the stock. I got input from people in the area, the sales reps were helpful, and some were my own selections,” he said.

The Liquor Lad stocks approximately 125 SKUs of wine, about 100 beer products and between 70-100 different spirit SKUs. Beer and wine items make up approximately 80 percent of the store’s sales, with spirits ringing in the rest.

Lamparelli said he “constantly” looks at his stock and evaluates the trends for guidance on what to add, remove and bring in next. “Ideally, my focus is on wine and craft beers … and to smaller production items. I like the conversation that starts with [those products],” Lamparelli said.

“I’d rather people ask me questions and get excited about trying new stuff,” he said. “I’m experimenting, too, and getting people outside their comfort zones. That’s why I don’t stock wines that are really expensive and showcase wines around $10-$15.” To help achieve this, he hosts weekly in-store tastings of new brands and new products. “I just want to encourage people to take a chance on something new.”

Lamparelli is currently working on re-branding the store with a new logo that reflects the historic town. In his first year in business, he has seen continued steady sales in bourbons and the brown spirit category, along with craft beers. “I enjoy it a lot, the customers are awesome,” he said happily. 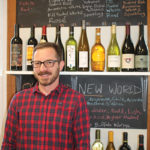 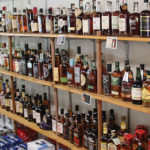 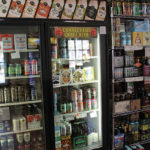 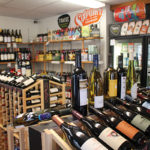 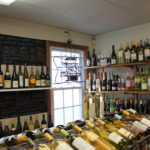 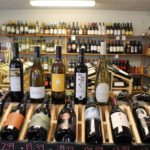 Wines at the Liquor Lad.