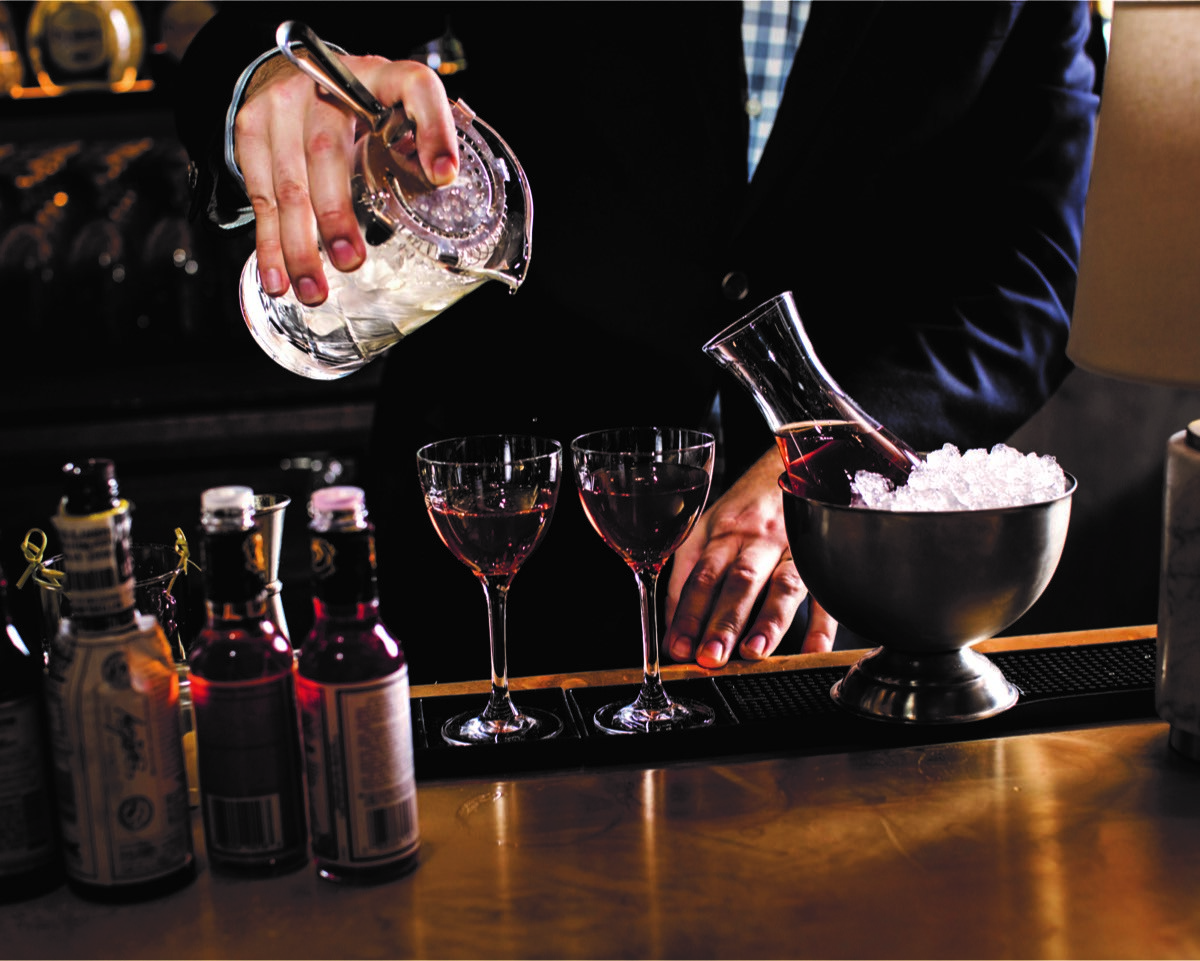 Whiskey options abound at Barrel, a whiskey and cocktail bar in Washington, DC.

The spirits-drinking public may be far more savvy about whisk(e)y than in eras past, but that doesn’t mean carrying a vast selection of the spirit is a license to print money. With total whiskey revenue up 5% and the super-premium tier up nearly 10% in 2017, according to the Distilled Spirits Council, there’s been an explosion of new brands, expressions, barrel finishes, all vying for the attention of consumers who range from aficionados who demand to try something they’ve never sampled before, to the novice drinker who’s curious but often overwhelmed.

That’s why it’s key for those actually selling fine whiskies to maintain an educational base that’s always at least a step ahead of the consumer’s. It’s the role of the on- and off-premise retailer to guide their purchases based on actual information and professional experience—and avoid BS.

“I still hear people saying stuff that just isn’t so,” whiskey expert and author Lew Bryson cautions. “I heard someone say ‘Jameson is a blended whiskey, you know, like Seagram’s 7.’ It’s better not to say anything than to say the wrong thing. You’re not only hurting the whiskey’s reputation, you’re hurting your store or your bar’s reputation.”

Another all-too-common error: listing whiskies that are actually out of stock. It is not unusual for accounts to come into a rare bottle; when you do, play up just how special it is as a temporary addendum to your regular menu, advises Bryson: “Put stuff you only get one bottle of on a special page that you can replace. Don’t make it part of a bound bible of any kind.”

Members of the Reserve Chambers Club at Harry’s in NYC enjoy upgraded glassware and custom-stamped ice, among other perks.

At the most basic level, every whiskey seller needs to be able to frame the diverse types. Parker Girard, Beverage Director at Washington, DC, whiskey and cocktail bar Barrel, likes to use a geometric analogy. “This is the way I describe it to people: Whiskey is a very broad term, think about it as a rectangle,” Girard explains. “If bourbon is a square, then Scotch is a parallelogram, rye is a trapezoid and so on. They all kind of fit into this broad category and there are really sort of special circumstances that make each thing unique.”

Girard is also a fan of a particular metaphor he gleaned from distillery tours: “The difference between bourbon and rye is the difference between cornbread and rye bread—it’s one of the best analogies I’ve heard, as far as the make-up affecting the flavor and all that.”

Here is a guide to selling whiskey by type—plus some contemporary tips from seasoned re-sellers.

It’s more of a marketing term than anything else, selling the allure of distilling’s illicit heritage (especially in and around Appalachia, though distillers all over the country are making the stuff). Moonshine is essentially unaged whiskey, a.k.a. “white dog.”

Bourbon’s mash bill needs to be at least 51% corn, though many tend to have much higher corn content. The remaining can be any combination of rye, wheat, barley and other grains. It must be aged in previously unused charred-oak barrels. In order for it to be called “straight bourbon” it must be aged at least two years. The flavor has some sweet elements from the corn, as well as some pronounced vanilla and caramel notes from the barrel.

If you’re looking for something spicier, rye whiskey is it. Its mash bill must be 51% rye, and the higher the rye content, the more rich, robust and engaging the spicy flavor and aroma. Like bourbon, if it’s been aged for at least two years it can be called straight rye.

Tennessee and bourbon are quite similar. In fact, both require 51% corn in their mash bills and both must be aged in new charred-oak barrels. The big difference is the pre-barrel filtration: Tennessee whiskey distillers apply the Lincoln County Process, which involves charcoal filtration—either by pouring it through charcoal or letting maple charcoal chips steep in the liquid. It’s done to pull out some of the harsher flavors and produce a whiskey that’s a bit smoother.

“Blended” means it’s a blend of both malted barley and unmalted grain whisky from a number of distilleries. If the label says “blended malt whisky,” it’s a blend of single malt whisky from a number of distillers. Blended whisky often may be the less expensive option (depending on age), but it’s a common myth that blends are inferior. Flavor-wise, they’re typically less subtle and delicate than single malts.

All the contents of a bottle of single malt Scotch have been produced at the same distillery. Blending is still involved, as a single malt is a combination of multiple barrels from that distillery to achieve a consistent flavor profile. Single malts can range from smoky and peaty—particularly if they’re from Islay—to fruity (a common characteristic among many Speyside malts). Flavor notes are a bit more delicate than blended Scotch, often with a dry, nuanced finish.

Irish whiskey, especially from large, mainstream brands, often has been regarded as the bridge from other spirits categories, like vodka, into whiskey. It’s known for its smoothness and approachable flavor. Unlike Scotch, most Irish brands are distilled three times; high-volume, mainstream brands usually are distilled on column stills, which makes them smoother. Now, Single Pot Still Irish Whiskey has emerged as a super-premium tier of the category, characterized by dark fruit and spicy notes.

The Japanese style of whisky is largely based on the Scotch tradition. But recently Japanese distillers have been beating the Scotch at their own game, garnering international awards and accolades. There is a similar single-malt and blend divide; the latter type tends to be quite popular in highballs.