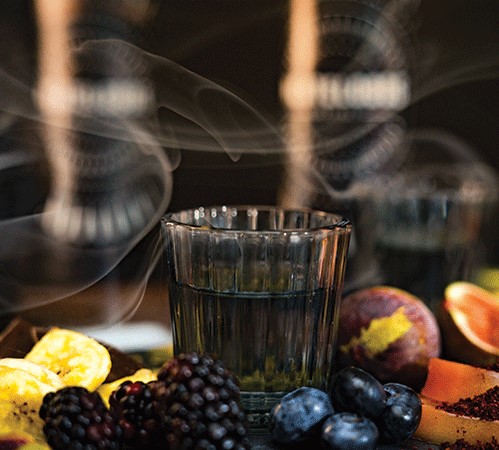 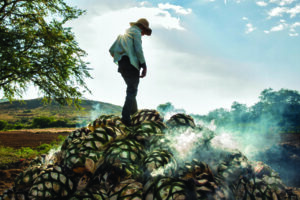 To many Americans, it’s still a niche product, a rustic rough-and-tumble relative of its now-sophisticated cousin. But recently, mezcal has started to shake off its lost weekend reputation, gathering numerous bartender fans and appearing more and more on craft cocktail lists.

It’s still a pretty small player, posing no serious challenge to its agave partner, tequila, although growth is substantial. For 2017, mezcal sales in the U.S. grew to more than 360,000 cases, up from about 100,000 cases in 2014. Tequila meanwhile added 1.5 million cases last year to hit  a total of 17.2 million. 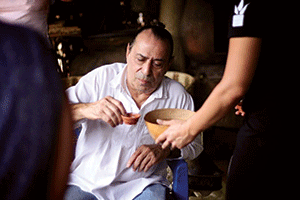 A few recent moves have revealed growing possibilities. Last year, Pernod Ricard USA took on the iconic Del Maguey, artist Ron Cooper’s long-term labor of love to bring small-village mezcals made from numerous agave varieties to the U.S. Led by the popularly priced Vida, with an additional nine or so “Vinos de Mezcal” from single distilleries using a range of agave types, Del Maguey has won favor with cocktail culture gatekeepers like Misty Kalkofen. (Mezcal can be produced from a variety of agave species, whereas tequila is distilled only from the blue weber.)

And then there’s Sombra, a brand developed by sommelier Richard Betts. After five distillery changes, Betts has built his own, showcasing sustainability by using organic agave, solar power, sustainable wood types, and transforming distillery waste into compost and adobe bricks for local construction.

These moves, and the numerous new brands entering the market, reveal promise if not serious volume. “For the mezcal market, even though there’s a lot of trade and on-premise enthusiasm around the category, is still largely undiscovered by consumers,” says Jeff Agdern, Senior VP of New Brand Ventures for Pernod Ricard USA. Unknown to most Americans, with little at-home consumption, it’s still a category that requires education and grassroots promotion, he says: “I think as tequila grows and premiumizes it will create a space for mezcal among agave enthusiasts. And there’s room at the consumer retail level and for home consumption—it’s just still very early days.”

Mezcal has some long term advantages—3.03 million liters were produced in 2016 in nine states with nearly five times the potential growing area where tequila can be produced. Of course, not every location is suitable for agave but it says something about future potential. 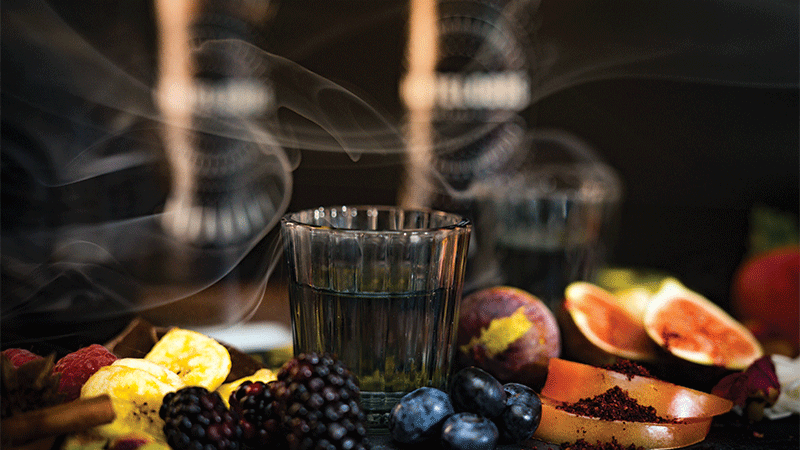 Montelobos served neat with accompanying fruits and artisanal salts, as is often the custom in Mexico.

Megan Barnes, beverage director of Washington, DC’s Espita Mezcaleria, says that since opening the bar two years ago, customer awareness have evolved: “Originally when we did pop up mezcal bars and asked people what it was, they’d often say ‘smoky tequila.’ But now Americans are visiting Oaxaca more it seems and people are better informed.” Customers now routinely quiz her about brands, specific agaves and terroir and with flights including one called “bat friendly.” (Bats are essential to pollination of wild agave). 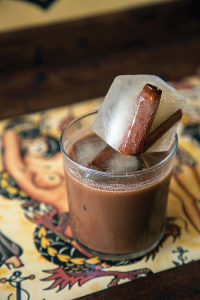 Johnny Swet, co-owner of Grand Republic Cocktail Club in Brooklyn, says he likes the smoky depth that mezcal adds to cocktails, as in his Smoke Over Brooklyn in which smoky mezcal is off-set by the rich dark chocolate and just a trace of sweetness.

“I find that the more a customer knows about mezcal, the more willing they are to try new varieties and expand their palate. Mezcals are very similar to Scotch in that they come from several different regions,” he says. “You can try anything from a single village mezcal or a pechuga mezcal, to more aged varieties like a reposado or añejo.”

How big can mezcal get? David Suro, owner of Tequilas restaurant in Philadelphia, as well as his own tequila (Siembra Azul) and two mezcal brands (Siembra Metl and Don Mateo), says mezcal will face issues as it tries to grow but that trends favor the agave category. “I find there are a lot more selling points compared to tequila today. The qualities of tequilas as they become more commercialized get less different and offer less characteristic flavors and aromas of agave,” he says.  Suro, believes getting access to the world market while maintaining quality and characteristics will be a challenge.

Yet how far the agave spirit has come has been telling. Some brands have found growth working the street the old-fashioned way, starting in New York and branching out. El Buho, for instance, is now in 20 states and in addition to the original espadin-based mezcal, is able to offer limited supplies of expressions maded from cuishe and and the difficult-to-distill jabali agave varieties.

“It’s so exciting,” says Sombra’s Betts. “When I first started in 2006, people literally thought I was selling mescaline! It was a dark moment, but now it’s a word on a lot of tongues.” Betts believes many of the new tequila consumers will ask “what’s next?” and migrate to the broader palate that mezcal offers.

Shem Blum, Brand Manager for William Grant & Sons’ Montelobos, notes that mezcal is especially building strength in coastal cities and metro areas like Chicago and Miami on the back of cocktail culture. Not only provenance but the notion of craft also is playing into the expanding interest.

Montelobos, which may be introducing a single-varietal extension soon, like most mezcals does a majority of its business (70/30) on-premise, estimates Jill Palais, senior brand manager of Grant’s Mexican portfolio of Montelobos, Milagro and Ancho Reyes. The brand grew more than 80% in in 2017.

Blum agrees with most mezcal enthusiasts that the way forward must be managed carefully lest the small producers of Oaxaca and other regions suffer from industrial pollution in the latest gold rush.

But as Agdern points out, the enthusiasm at the grassroots needs to be backed up by training.” There’s still quite a job to do even among the wholesalers and the salespeople, even in our organization. A large part of the trade can still be educated on the category.”