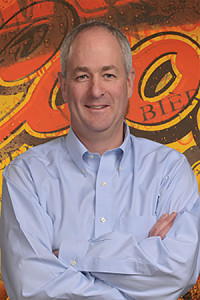 MillerCoors’ Board of Directors announced Gavin Hattersley as the interim Chief Executive Officer to replace current CEO Tom Long when he retires on June 30. Hattersley will hold this position for six months, while the board searches for a permanent replacement. Hattersley will continue to serve in his current position as the Chief Financial Officer for Molson Coors while serving as interim CEO of the U.S. business. “Gavin is uniquely qualified to hold both roles,” said Mark Hunter, CEO, Molson Coors. “Molson Coors won’t miss a beat because we have a strong bench of leadership and a highly capable finance team that will ensure our focus on financial strategy, reporting excellence and creating shareholder value.”