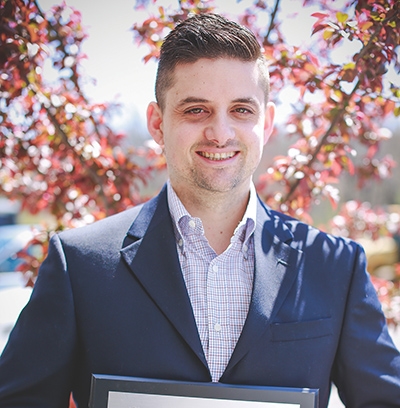 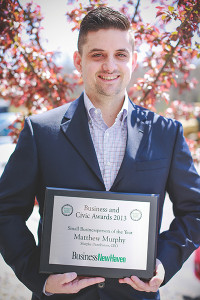 Business New Haven magazine recognized Matthew Murphy, president of Murphy Distributors of Branford “Small Business Person of the Year” for its 2014 Business and Civic Awards at an awards dinner in April. Murphy was recognized for his achievements in business and in his community as well as his role in helping to drive the state’s economic growth. Since its inception six years ago, Murphy Distributors has become the fastest growing distributor of fine wine, craft beer and artisan spirits in Connecticut. Originally called Do Valle, the company grew and the name was changed to Murphy Distributors to align itself more with its expansion into the craft markets of beer and spirits. Murphy Distributors also donates annually to over 100 charities through tastings and direct donations. A division of the company “Buy Wine, Help CT” gives to local families in the community that are in need.