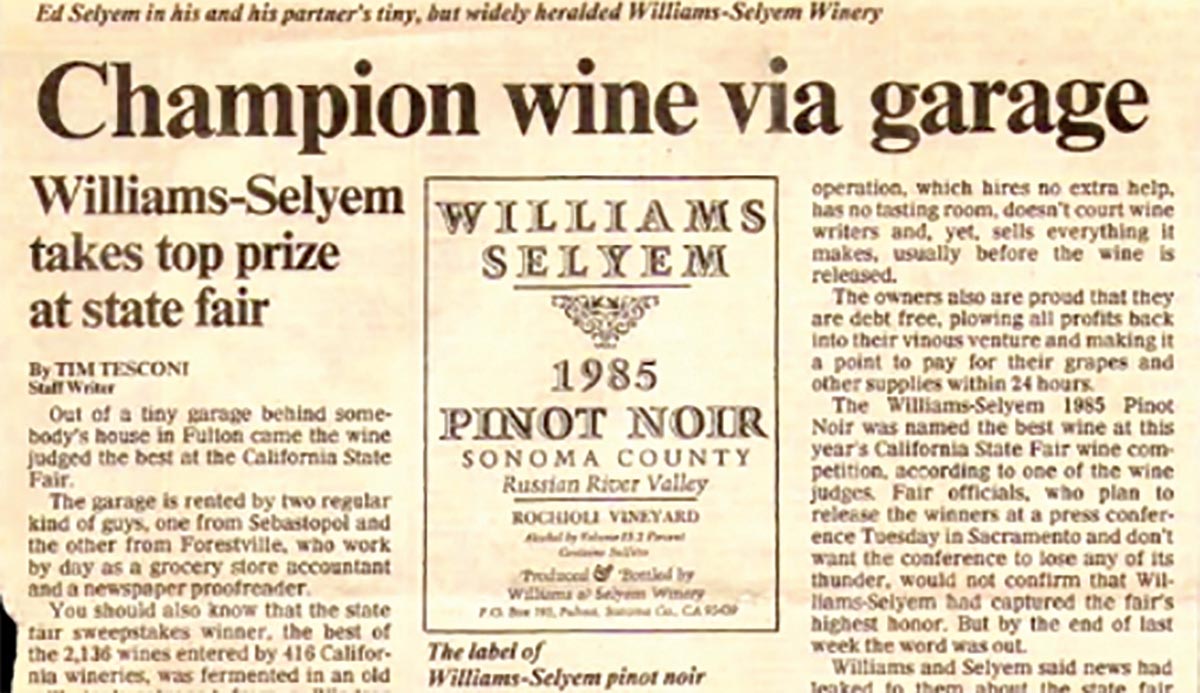 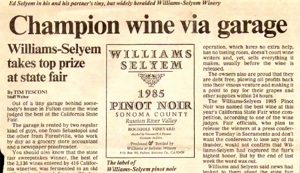 Burt Williams, founding winemaker of Williams Selyem Winery in Healdsburg, California, died from complications related to Parkinson’s disease on December 11, 2019. He was 79. Williams was considered a winemaking pioneer, helping turn pinot noir into Sonoma County’s famed varietal – moving away from “jammy” flavor to the balanced style that helped bring the region esteem. In the early 1980s from a garage in Fulton, Williams and partner Ed Selyem turned their winemaking hobby into one of California’s most sought-after wine labels. The winery is credited with elevating Sonoma County’s Russian River Valley to count among the best wine-growing regions in the world after winning the top prize for a red wine at the 1987 California State Fair.