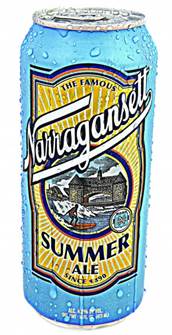 Narragansett Beer announces the return of summer with its seasonal craft brew, Summer Ale. Available in the classic 16 oz. Tallboys, this year Narragansett also debuts a 12 oz. can. Introduced in 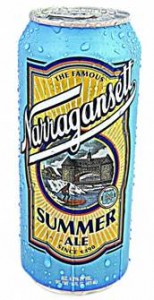 2011, Summer Ale is the first summer seasonal released by the brand in its more than 120-year history. Summer Ale has received critical acclaim since its introduction, including a Silver Medal at the 2011 World Beer Championship. To celebrate the release of Summer Ale, Narragansett is launching the “First Taste of Summer” photo contest. The contest encourages ‘Gansett fans to Instagram or Tweet a photograph of themselves enjoying the beer with the hashtag #FirstTasteOfSummer for the chance to win a case of the beer. Also, Narragansett will be hosting a “First Taste of Summer” party at The Ocean Mist in Matunuck Beach, R.I., on May 4, complete with prizes, drink specials and local bands.