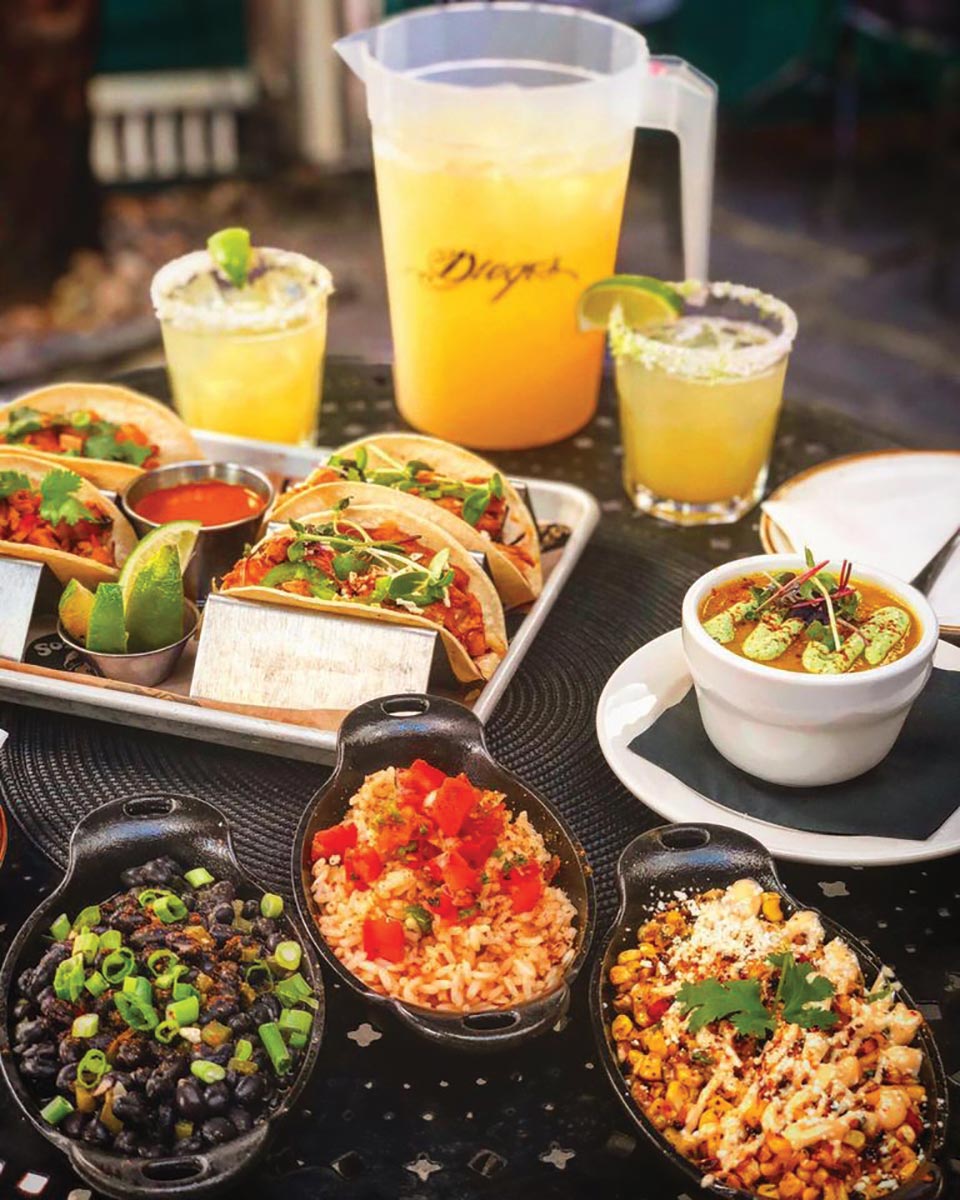 Newport Restaurant Week Remix, a spring 2021 version of the annual showcase of culinary greats in Newport and Bristol counties, took place April 9-18. Approximately 55 venues – including restaurants, bars, wineries and breweries – took part in the event, which included BOGO (buy one get one) deals, prix fixe menus and discounted rates for meals and gift cards, all with health precautions for COVID-19 in place. For the first time, Newport Restaurant Week partnered with Newport Dine Out, a delivery service based on Aquidneck Island which supports the industry by providing delivery services free of charge to restaurants while keeping fees for customers transparent. 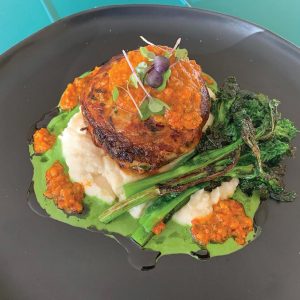 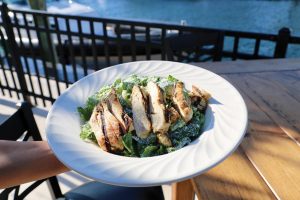 A Caesar salad, among the many specials offered during Newport Restaurant Week from The Reef, on the patio overlooking Newport Harbor. 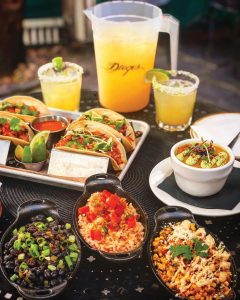 Newport Restaurant Week specials at Diego’s, including tacos, rice and beans, and a pitcher of Lunazul margaritas.