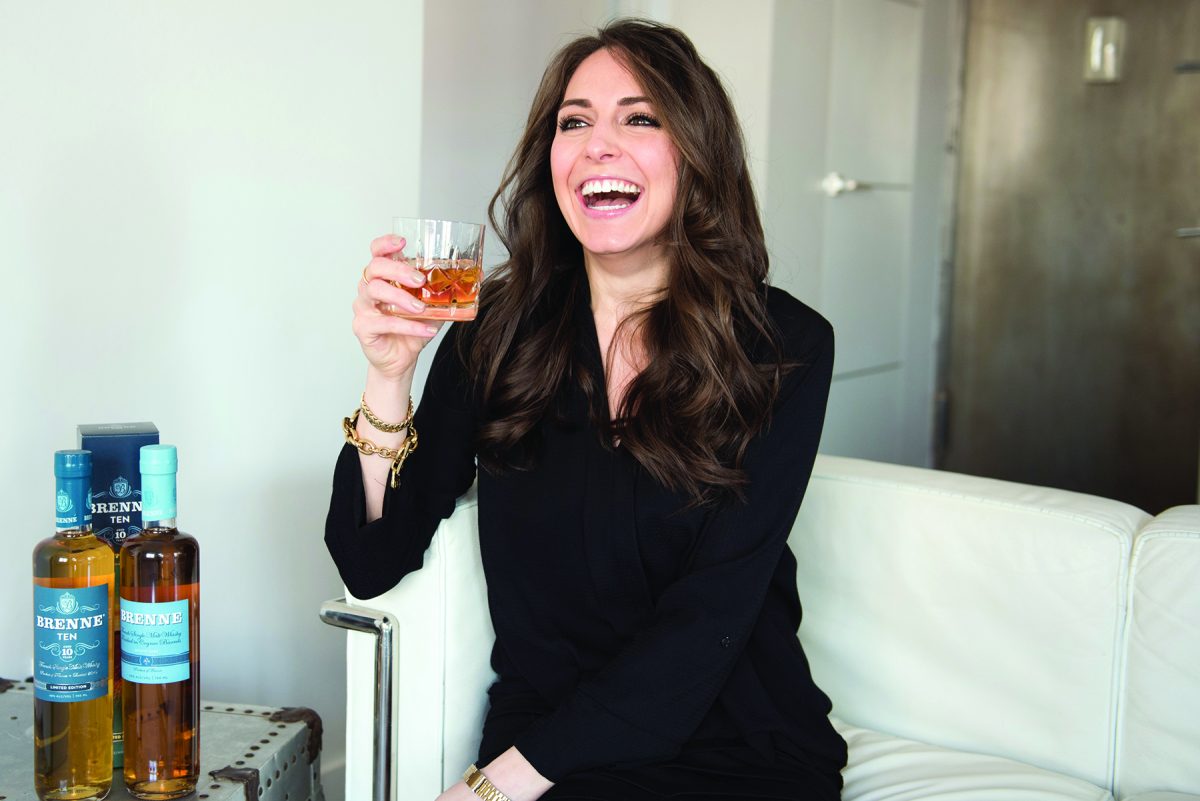 Brenne, sourced in France by Allison Parc, is fruit-forward whiskey aged in Cognac casks; she smartly followed up the initial release with a 10 Year Old.

The Liquids are Different, but the Trajectory Begs Comparison

Those selling wine in the varietally charged 1990s remember how a 60 Minutes report on The French Paradox kicked off an unprecedented run of wine popularity. As Americans came to embrace The Grape, consumption rose steadily, and the market exploded with expressions: single-vineyard wines, reserve wines, varietal extensions, new labels, cult wines, kitsch wines, Euro-style blends, proprietary blends, alternative packages, and so on. The wine boom reverberated loudly if not clearly for decades.

Today, brown goods are enjoying a similar type of explosion—products seem to be appearing at warp speed, diverse in styles and origins, reflecting varied techniques, and stratified in price, prestige, usage and appeal.

The proliferation of brown goods naturally makes a merchant’s job more challenging—it means editing the expanding whisk(e)y universe down to a sampling that works for your clientele. Unlike wine, whose character is influenced by myriad aspects of grape, place and treatment, whiskey operates within a more focused playing field, and its inherent logic is ready to help sellers connect buyers to whiskies that appeal to their tastes and curiosity. While every bit as handcrafted as fine wines, whiskies are apt to reach shelves with distinct selling points—calling cards, if you will, that can make for concise, compelling, shelf-talker-length stories.

Whiskey does not develop further in the bottle, which makes age statements, rather than vintages, the de facto measuring stick. Single malts represent the pack leaders, with pricing escalating naturally with age. Interestingly, supply pressure in recent years has some leading brands to abandon age statements purposefully and successfully, e.g., Elijah Craig 12 Year Old becoming Elijah Craig Small Batch. Jim Beam Black, featuring Extra-Aged on its front label, positions itself as a smoother, mellower complement to the ever-popular White Label. Others have retooled to position themselves in the contemporary market; Bunnahabhain 12 Year Old, for instance, re-launched to acclaim in 2010 at 102.6 proof, with a declaration of no chill-filtration and no added coloring.

Overproof whiskies carry an air of authenticity and uniqueness, and have helped inject terms like “cask strength” into the whiskey lexicon. Michter’s has developed a collectible reputation based on their varied finishes and proofs; Distiller Willie Pratt believes that bottling at barrel strength yields a richer, more full-bodied whiskey, as seen in such examples as Michter’s US*1 Barrel Strength Rye. Bottled in Bond whiskies are becoming more common, bearing both high proof and retro appeal. Historically defined, bottled-in-bond whiskey must be the product of a single distillery from a single distilling season, aged a minimum of four years, and bottled at 100 proof.

Shifting a whiskey into a freshly used barrels that contained a different liquid is a classic—and utterly intuitive—means of shaping a different final product. Bourbon barrels may only be used once—in turn, bourbon-barrel-finished releases have become quite popular among international distillers. 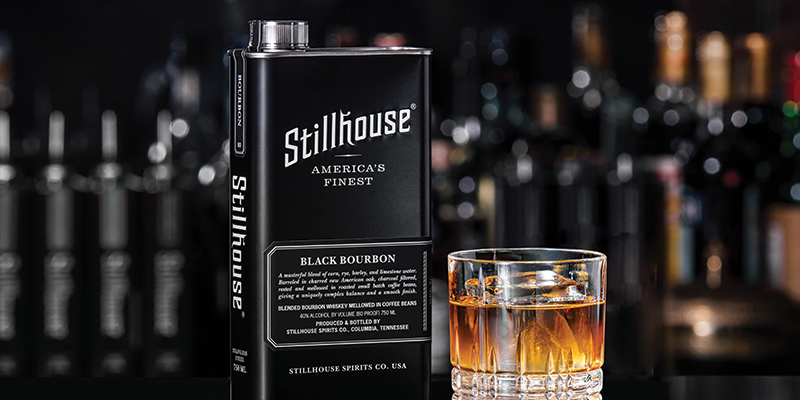 Stillhouse is among the increasing cadre of distillers toying with novel barrel additions—in their case, roasted coffee beans.

Barrels are not the only way to generate of distinct liquid. Consider Clyde May’s “Alabama style” whiskey—a bourbon with dried apples added to barrels as they age. Stillhouse Black Bourbon is the first ever to be rested in roasted coffee beans. Tap 357 is rye-driven Canadian whiskey, aged in bourbon barrels and finished with a touch of maple syrup. Oak & Eden comes bottles with piece of an actual barrel. Lambay, a new Irish whiskey, purports that their unpeated, triple-distilled spirit benefits from exposure to the sea air and maritime winds on Lambay Island. 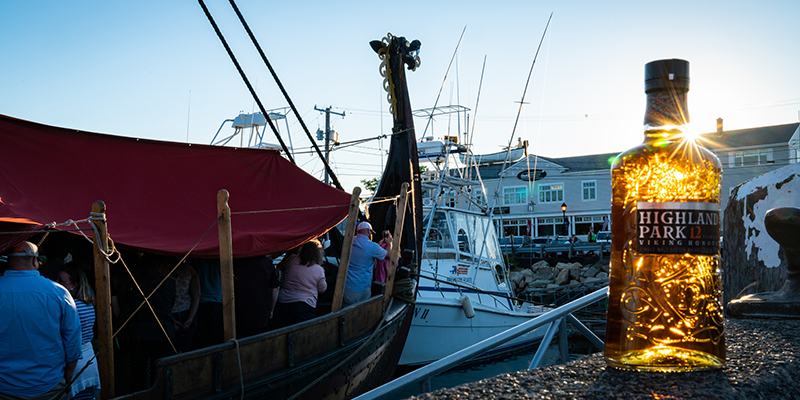 Highland Park has embraced Viking imagery in developing their portfolio, packaging and promotions.

Flavored whiskey is not like flavored vodka, presenting a narrower range, and flavored whiskey fans tend not to overlap with single malt enthusiasts—but smart merchants will have a spectrum of flavor options available. Cinnamon, Honey, Vanilla and to a lesser extent fruit (Cherry, Apple, Peach…) and Spice are among the 21st-century hits.

The creativity of marketing departments has been a byproduct of the whiskey boom. Limited editions abound. Among the prime providers: Heaven Hill, with multiple brands; The Macallan; Michter’s; Buffalo Trace; even Jim Beam and Jack Daniel’s have done a nifty job of releasing a stream of evocatively conceived projects. (Jim Beam “Repeal Batch” is hitting shelves this fall.)

In taking on different shapes and concepts, these special editions often arrive with compelling backstories. To wit: Jefferson’s “Ocean” bottlings, which have been aged aboard a ship crossing the Equator multiple times. And eye-catching packaging is yet another way brand teams are reaffirming their market presence; a good recent example is Bulleit’s “Tattoo Edition.”

Aside from limited editions, evocative labels are another way that whiskies can project simple yet endearing appeal, enhancing their giftability. J.J. Corry is made by a woman distiller who has revived the tradition of bonding—as in blending and maturing select casks of Irish spirits; Brenne is another woman-led whiskey, sourced from France’s Cognac region. Hunters might enjoy Bird Dog; John Wayne film fans can drink The Duke; outdoors enthusiasts would appreciate Boone and Crockett Club, a bourbon label from the nation’s oldest conservation organization, founded in 1887 by Theodore Roosevelt.

On top of the brand stories and special bottling accounted for by mainstream whiskies, the craft arena is of course brimming with novel producers. Local distillers, specialists and evocative labels can colorfully round out any wine shop’s or back bar’s stylistic selection.