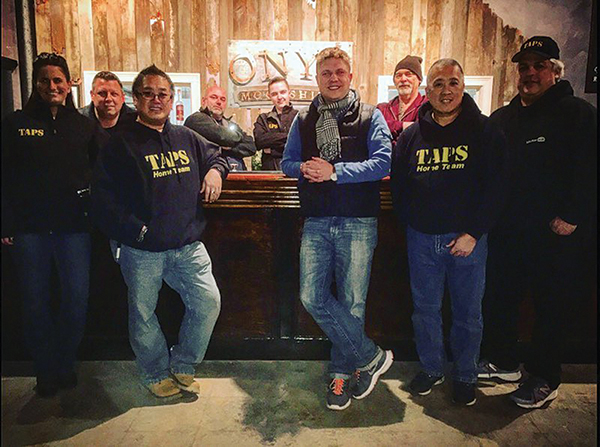 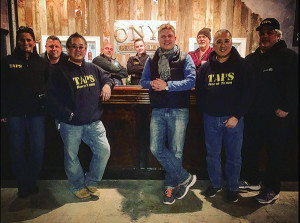 Adam von Gootkin, Co-founder of Onyx Moonshine, seen (in scarf) with the TAPS crew on February 6, 2016. The crew set up equipment in the distillery to test for paranormal activity.

The Atlantic Paranormal Society (TAPS) visited the Onyx Moonshine Distillery in East Hartford at the request of Co-founder and Spirit Entrepreneur, Adam von Gootkin, in February. “We’re in a really old factory building, and it can be spooky here at night,” von Gootkin said. “We noticed some strange things happening, like doors slamming, hearing footsteps and noises and thought it would be cool to do this.”