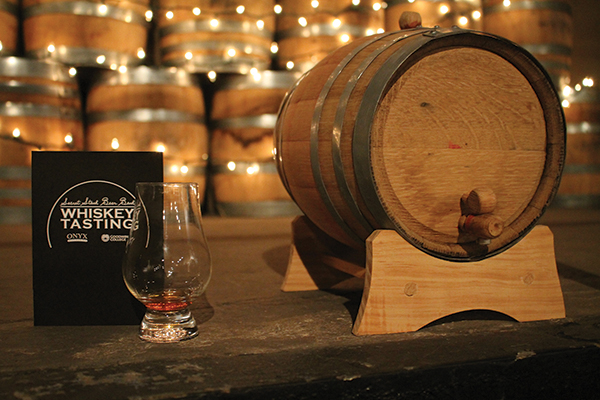 Onyx Spirits Company of East Hartford, in partnership with Goodwin College, hosted a Secret Stash Beer Bash Whiskey tasting December 13-14, 2016. Guests had the opportunity to taste unique whiskies aged in beer barrels during the two-day event. The process first began with the barrel-aging of Onyx’s Secret Stash Whiskey. After the aging, the barrels were given to 15 local breweries to age their beer in, all of which were featured during the Secret Stash Beer Bash festival in August. Then, the used beer barrels were returned to the Onyx distillery and the team created new whiskies by aging in the 15 different beer barrels. The result: a limited-edition compilation of whiskies with unique notes, aromas and flavor profiles. The whiskies are only available in the Onyx Speakeasy Tasting Room. All other Onyx products in the state are distributed via Allan S. Goodman and Winebow. Proceeds from the event benefited the Goodwin College scholarship fund program. 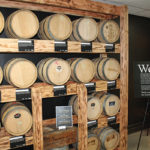 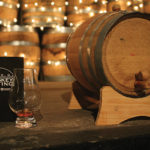 The event was held at the Onyx Spirits Company distillery and tasting room in East Hartford. 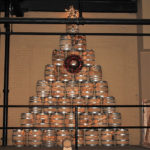 A spirited Christmas tree was on display. 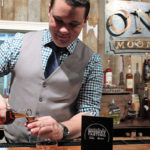 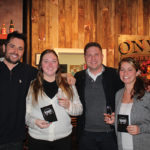 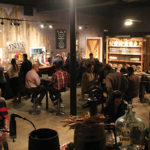 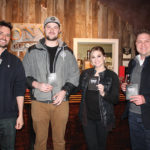 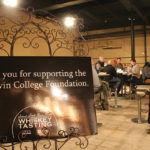