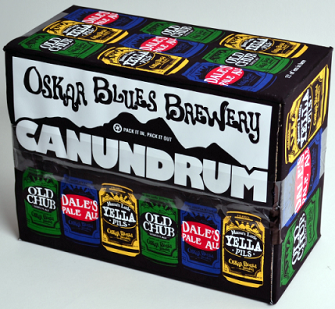 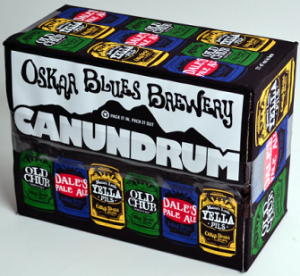 Old Chub Scotch Ales. CANundrum gives “canned craft beer drinkers an easy way to pack in the big three Oskar Blues brews at the lake, trailside or music festivals this summer.” All of these brews are multi-award-winners.Founded by Dale Katechis in 1997 as a brewpub and grill, Oskar Blues Brewery launched its craft-brewed beer canning operations in 2002 in Lyons, Colo. It was the first American craft brewery to brew and can its beer.