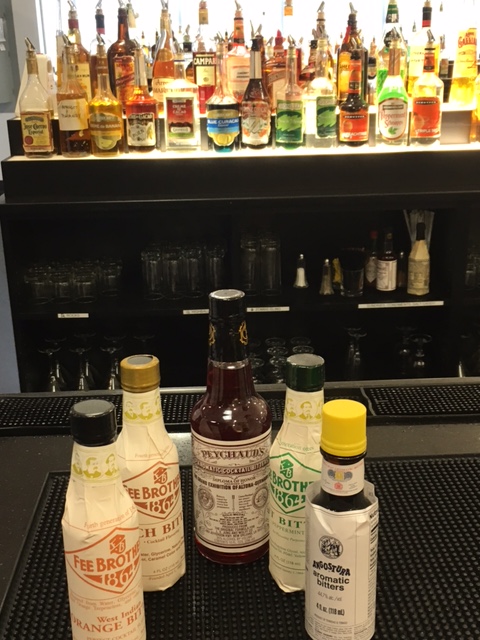 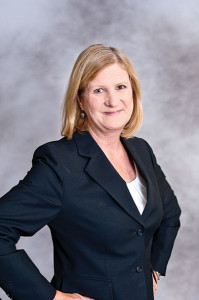 Unlike spirit Amaris (bittered spirits), cocktail bitters are in a class by themselves. Cocktail bitters by definition are an aromatic flavoring agent made from infusing roots, barks, fruit peels, seeds, spices, herbs, flowers and botanicals in high-proof alcohol, or sometimes glycerin. The result is so intensely concentrated, they are not meant to be consumed on their own. They are the bitters you don’t sip, but add in dashes to enliven a drink.

That was not always the case. For centuries bitters were reputed to possess medicinal properties and were consumed in large quantity as a curative for whatever ailed you. Claims were made that these aromatic “snake oils” cured everything from indigestion to malaria and were consumed to “strengthen, invigorate, tone and rebuild” as promised through their advertisements.

David Wondrich, cocktail historian, has pointed out that bitters were incorporated into alcoholic potions in England in the late 1700s. History also shows that bitters made their way as an ingredient in classic cocktail recipes in early America. The first written reference to a “cocktail” in this country was in 1806 in the Federalist newspaper, Balance and Columbian Repository of Hudson, New York. In response to a reader, the editor wrote, “Cocktail is a stimulating liquor composed of spirits of any kind, sugar, water, and bitters — it is vulgarly called a bittered sling and is supposed to be an excellent electioneering potion, inasmuch as it renders the heat stout and bold, at the same time that it fuddles the head.”

By the mid nineteenth century there were hundreds of brands of bitters available in this country. Whether prescribed for medicinal purposes or issued as liquid courage on the battlefield, medicinal bitters weaved their way through the turn of the century. This came to an end in 1906 with the passing of the Pure Food and Drug Act. The many far-fetched claims of healing and restorative powers of numerous medicinal bitters were now regulated.

With these new regulations, bitters could no longer be sold as patent medicines and now had to clearly label their ingredients. This effectively put an end to the shady medicinal bitters and opened the door for the more reputable brands of cocktail bitters such as Angostura, Peychaud, Abbott’s and Boker’s with their stronghold place behind the bar.

Angostora, along with Peychaud, and a handful of orange bitters, were the cocktail bitters that survived Prohibition. Angostura, developed by the German doctor, Johann Siegert, who was appointed surgeon general in Simon Bolivar’s army in Venezuela, developed his bitters as a stimulant and digestive aid for the troops. Political strife and instability prompted the Siegert family to move the family business to nearby Trinidad, where it is produced today. The Angostura brand remains an integral ingredient in many classic cocktails, such as the Manhattan, Old-Fashioned and Champagne Cocktail.

Peychaud’s, commercially produced in New Orleans in 1838 and dispensed from Mr. Antoine Amedie Peychaud’s apothecary, is the essential ingredient in the classic Sazerac cocktail and Vieux Carre. Peychaud’s isn’t as deeply seasoned as Angostura, but is more floral, with a light cherry spice and anise flavor. Following World War II and into the 1950s, Angostura and Peychaud’s were the only two major bitters in this country.

That changed in 1951 when Fee Brothers, out of Rochester, New York, introduced their aromatic bitters and an orange bitter. Timing was not advantageous for Fee Brother’s, as bitters lost their strong hold in the cocktail culture during the 1960s when vodka became the favored spirit and the use of bitters in cocktails was limited to a few classics. 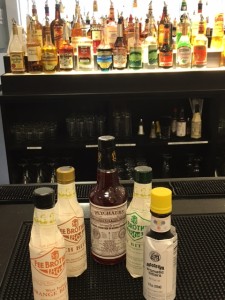 In the Mixology Lab in the Cuisinart Center for Culinary Excellence at Johnson & Wales University’s Providence campus.

Thankfully, things changed in the late 1980s with the opening of New York’s Rainbow Room, under the tutelage of “King Cocktail,” Dale DeGroff. DeGroff played the pivotal role in the rebirth of crafted, classic cocktails in this country. Bitters are an essential element to a well-balanced cocktail. They are often referred to as the bartender’s “Salt & Pepper”, the liquid seasoning for drinks. I think of them as the elevator, lifting and heightening the flavor profile of a drink and melding or knitting the flavors together.

Bitters don’t make a drink taste bitter; they make the drink taste better. Try a Manhattan with and without bitters and you’ll experience the depth of flavor just a few dashes add to the recipe. Bitters have the ability to bring two seemingly incompatible ingredients together. As Brad Thomas Parsons states in his book Bitters, “It can tamp down an overly sweet drink, help cut through richness, unite disparate ingredients, and add an aromatic spiciness.”

Today, with the resurgence of the crafted cocktail, bitters are back with a vengeance. Gone are the days when the globally-recognized, yellow-capped Angostura was the only bottle behind the bar. A multitude of flavors and brands are now commercially available. Fruit, herb and spice, such as peach, orange, lemon, mint, celery, grapefruit, rhubarb and walnut are just a few of the flavored bitters available. Companies such as Fee Brothers, The Bitter Truth, Bittermens, The Bitter Cube and The Bitter End offer an array of choices.

With classic cocktails, modern variations and newly developed recipes on the rise, bartenders today should remember something from the past: cocktails are composed of spirits of any kind, sugar, water and bitters. Bitters make drinks taste better!