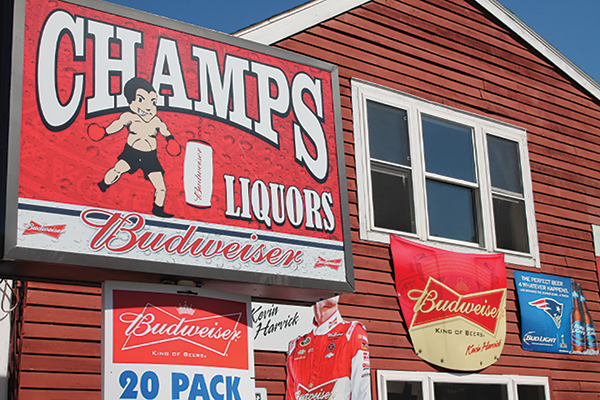 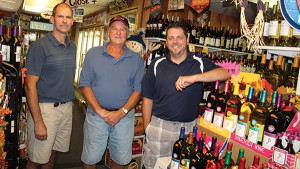 The Deschamps Family likes to smile. In fact, Denis Deschamps built the Champs Discount Liquors store motto around it when he first bought the business 20 years ago. “Service with a smile,” he said. “People like to see that. You go into a big store and you don’t see that.”

Today, customers still see Deschamps smiling behind the register, but he has turned over ownership and management to his two sons, Jason and Steven Deschamps. “It truly is a family affair,” Jason Deschamps said.

Champs Discount Liquors is located in Pascoag, Rhode Island, a small village in the town of Burrillville. Steven said the area is surrounded by lakes and “for a very small town, it’s a busy, seasonal area.” Throughout summer, business comes from the many boaters enjoying the day by the lakes and local campgrounds. During the winter, the business comes from local ice fishermen.

Beer makes up the majority of the store’s sales. “Beer is the biggest thing for us,” Jason said. “It started out as not a craft beer area, but as the craft market picked up, sales picked up. Wine has picked up, too. There are a lot of people moving into the area now. It’s a booming area.”

Over the years, Denis has seen many trends come and go in the alcohol industry. He always counts on the increasing popularity of brown spirits, especially bourbon, around this time of year.

Jason and Steven agree that since they’ve been in the business, the explosion of flavors in the spirits industry has been a major trend, along with the growth of 50ml purchases near the registers, which they refer to as an “impulse buy.” Flavored spirits and beer seem to be “controlling the market right now,” Jason said, adding that “the craziest flavor” he has seen and that people enjoy, is 3 Olives Fruit Loop Vodka. “There are flavors for everything,” he continued. “One thing we are noticing a lot of, is people are going back to the original. They are going back to the original Grey Goose and Stoli.”

The team at Champs Discount Liquors is preparing holiday gift sets featuring seasonal wines, beers and spirits for the upcoming months. They have an active Facebook page where they post news about product promotions and product releases. And, they give back to the community by donating to local organizations, such as Harrisville non-profit, Between the Cracks, which provides assistance to area people who fall on hard times.

Since the Deschamps brothers grew up in this business, they can’t imagine any other profession. “I was bred for this,” Jason said, laughing. His brother, Steven, chimed in, “It works, it’s not broke, so don’t fix it.”

“I don’t think you see too many family-run businesses,” Jason said. “Hopefully it’ll continue for many years to come.” 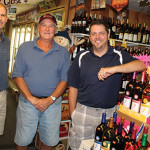 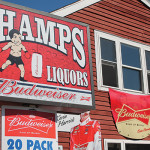 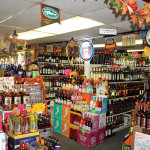 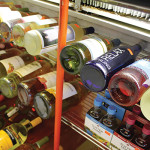 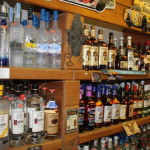 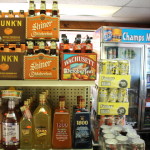