“I am so proud of all the hardworking students who dedicated months of practice and preparation for this event,” said Dale J. Venturini, President and CEO of the RI Hospitality Association and the RI Hospitality Education Foundation. “It’s because of students like this that Rhode Island is nationally-recognized for its outstanding culinary scene. I look forward to watching the students’ skills continue to progress and eventually become part of the skilled workforce we have here in Rhode Island.” The two winning teams will compete in the National Restaurant Association Education Foundation’s ProStart competition on April 29 – May 1 in Dallas, Texas. 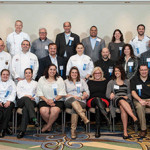 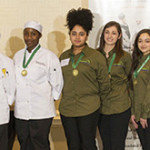