RI Legislative Update: 2017 Bills that Could Impact Your Business

A number of bills concerning sale of beverage alcohol and associated operations are before the Rhode Island General Assembly this 2017 session. 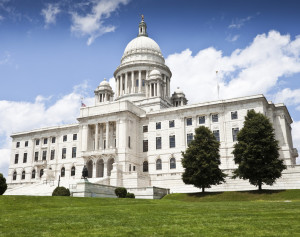 One bill that may have impact on package stores is House Bill No. 5380, which seeks the removal of the current 7 percent beer sales tax. House Minority Whip Blake Filippi introduced the bill on Feb. 3 to eliminate the tax on beer and other malt beverages. In 2013, lawmakers voted to repeal the same-percent sales tax on wine and spirits. Reports estimate that the exemption on wine and spirits cost state government about $16 million a year in lost revenue. Exempting beer could forfeit another $10 million annually, according to the Associated Press. Cross-border competition remains a concern with Massachusetts voters in 2010 repealing their state’s sales tax on all alcoholic beverages sold in stores. HB No. 5380 was introduced Feb. 3 and referred to the House Finance Committee.

Here are additional rundowns of proposals that could impact the state’s beverage industry and each status as February 6, 2017. The Rhode Island Beverage Journal will be following these bills throughout the legislative session and full bill texts can be found at http://www.rilin.state.ri.us/Pages/Default.aspx.

House Bill No. 5376 would reduce the alcoholic beverage manufacturing and wholesale licensing fee from $3,000 to $500. It was introduced Feb. 3 and referred to the House Finance Committee.

House Bill No. 5350 would create a wine direct shipper license and a wine gift basket license allowing for the shipment of certain amounts of wine both in and out of state. It was introduced on Feb. 2 and referred to the House Corporations Committee.

House Bill No. 5348 relates to alcoholic beverage retail licenses, and provides that the Department of Business Regulation administer alcoholic server training programs rather than the Department of Behavioral Healthcare, Developmental Disabilities and Hospitals. It was introduced Feb. 2 and referred to the House Corporations Committee.

Senate Bill No. 195 would permit the Providence licensing board to issue a Class C liquor license for premises at 215 Dean Street.

House Bill No. 5226 would permit the Providence licensing board to issue a Class C liquor license for premises at 215 Dean Street. It has been slated for a public hearing Feb. 7.

House Bill No. 5315 would raise the minimum wage for tipped workers by fifty cents per year commencing on January 1, 2018 until the tipped minimum wage is not less than two-thirds (2/3) of the regular minimum wage. It was introduced Feb. 1 and referred to the House Labor Committee.

Senate Bill 0109 would prohibit retail sales establishments from making available to their customers, plastic checkout bags, plastic water bottles or expanded polystyrene disposable food containers at the point of sale. This act would take effect on January 1, 2018. It was introduced on Feb. 1 and referred to the Senate Environment and Agriculture Committee.

House Bill 5275 would require all businesses that sell food which have gross annual sales of over $500,000, with the exception of restaurants, to post signs that inform their customers that all the food products that are offered for sale contain genetically modified organisms unless clearly indicated otherwise. It was introduced Jan. 27 and referred to the House Health, Education and Welfare Committee.