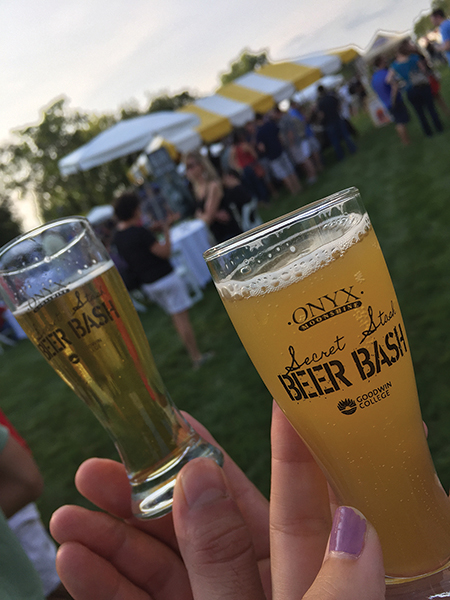 Onyx Moonshine and Goodwin Community College in East Hartford partnered to hold the first Secret Stash Beer Bash on August 29, 2015 on the Goodwin College campus. The inspiration for the event came after co-founders Adam von Gootkin and Pete Kowalczyk of Onyx Moonshine received many requests from Connecticut craft breweries to use their spent whiskey barrels to age their beer. Turning it into a competition, von Gootkin, Kowalczyk and Goodwin College created this event, during which each participating craft brewery received one Secret Stash whiskey barrel to create a brew.

Guests had the chance to sample all the beers made using the whiskey barrels and voted on their favorite. Shebeen Brewery of Wolcott, CT was named the fan favorite and will receive the rest of the spent barrels from this year, as well as the exclusive commercial rights to the name “Secret Stash” to make a limited edition release using the Secret Stash whiskey barrels, von Gootkin said. All proceeds from the event went to benefit Goodwin College Scholarships. 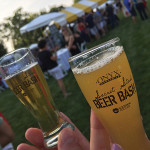 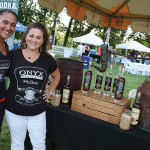 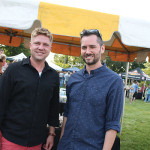 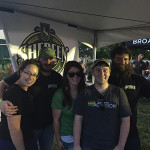 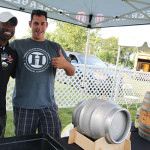 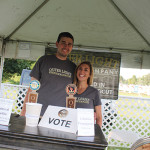 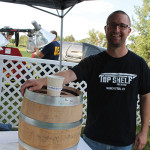 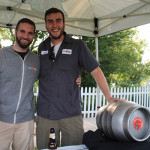 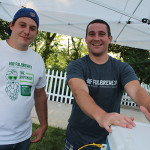 Vinnie Pelliccione and Brian Gmelin, Sales and Tasting Room staff at Half Full Brewing in Stamford. 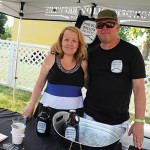 Linda and Scott King of Powder Hollow Brewing in Enfield. 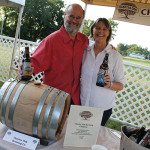 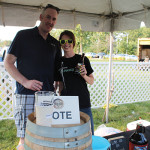 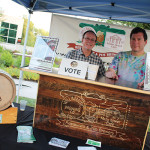 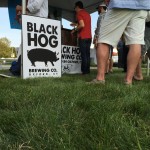 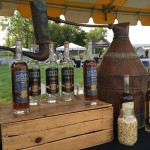