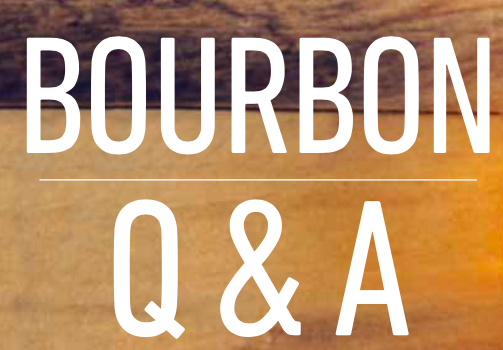 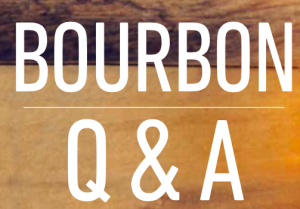 Bourbon, which has settled nicely into the role of America’s native spirit, has history, style and brands with colorful backstories. While its spiritual home is Kentucky, craft producers have spread bourbon about as wide, geographically, as ever in history. At the same time, established distillers have dipped into their warehouses and conjured up sundry other ways to create new bottlings and limited editions.

In short, it’s a great time to sell bourbon in general, and with September being National Bourbon Heritage Month, now is the time to encourage even more experimentation within this corn-driven, barrel-aged whiskey subcategory.

Q. How old is the bourbon category?

A. Bourbon’s roots are in the late 18th /early 19th century. Producers largely have the meddlesome fed- eral government—still in its infancy at that point—to thank for having an indirect in uence on the emer- gence of the style. In 1794, after George Washington quelled the notorious “Whiskey Rebellion”—a massive, sometimes violent, protest against the rst excise

tax on distillers—many whiskey makers in Western Pennsylvania (the epicenter of the protest), as well as Maryland and Virginia, headed west to the frontier to get as far away from the Feds as they could. A large number of them settled in Kentucky. Corn was abun- dant in those parts, so that replaced rye as their main grain. The new product eventually became known as bourbon, though no one used that term in relation to the whiskey until at least the 1820s.

Q: Where does bourbon legally have to be made?

Q: Is this bourbon’s most popular time in History? 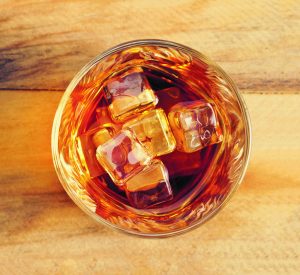 A: Hardly! As red-hot as bourbon and other brown spirits are now, back in the 1830s per capita bourbon consumption in America was six gallons per adult per year—more than 20 times what it is today. The popularity paid dividends…for the government: In 1862, taxes on bourbon and other whiskies accounted for one quarter of tax revenue.

Q: What is the difference between bourbon and rye?

Theoretically, a bourbon could be 51% corn and 49% rye and still be called a bourbon, while a whiskey that’s 51% rye and 49% corn could be called rye. The difference in the flavor profile would be negligible. However, many bourbons exceed the minimum corn requirement significantly and tend not to have such a high percentage of rye (it’s typically combined with other grains like wheat or barley). Bourbons whose mash bills are considered “high rye” often contain 20 to 30% of that grain.

Flavor-wise, bourbons tend to be considerably sweeter than ryes (thanks to the corn), which are usually more black-peppery and earthy.

Q: What the difference between bourbon and something that’s simply called “corn whiskey?”

A: Assuming that we’re talking about a corn whiskey that’s been barrel aged and not an unaged white whiskey (sometimes marketing as “moonshine”), the key difference is how it’s aged.

Bourbon must be aged in charred american oak barrels that have never been used before. Corn whiskey’s cooperage can be uncharred and previously used.

The flavor notes imparted by the char are deeper caramel and brown sugar tones. Additionally, the char becomes a natural ltration agent, removing many undesirable, though subtle, elements from the finished bourbon.

Q: What’s the difference between bourbon and Tennessee Whiskey?

Tennessee whiskey has the same minimum corn requirement and barrel restrictions as bourbon. Where they diverge is in Tennessee’s proprietary “Lincoln County Process,” which involves charcoal filtration prior to barreling.

Since its official establishment in 2007, National Bourbon Heritage Month has made September a natural springboard for bourbon promotions. Here are a few ways retailers are taking advantage.

No doubt the most popular promotion strategy among retailers is store-hosted tastings, with weekly being the most common frequency. At Andover Classic Wines in Andover, MA, their approach is to keep the tastings focused and let their reps get involved. Wine Manager Andrea DiFiore says that last year poured two brands, with representa- tives from each providing samples and hosting tastings every Friday of the month, from 5:00-7:00pm.

Whether it’s online or in-store, bourbon promotions and discounts are extensive throughout September, and sometimes beyond. “We do things a little di erently,” says Erin Robertie, the Liquor Store Director at Hazel’s Beverage World in Boulder, CO. “September starts the entire season of bourbon in our market, but it lasts until December. We hold massive promotions at the end of November. Many of these bottles are extremely rare and eagerly sought after; we stockpile all of them and then release them together to our top 300 customers.”

With the whole month in play, rotating specials keeps the look of your promotions fresh while also providing a chance to move slow-moving merchandise that may need a little extra help. Gary Wartels, owner of Skyview Wines and Spirits in Riverdale, NY, likes to add some local avor to his featured products. In addition to showcasing national brands, he features craft bour- bons from upstate New York.

Q: How big is the category?

A: The Distilled Spirits Council measures bourbon and Tennessee whiskey as a single category (and, as noted above, they are very similar). Together, as of 2016 they represent in the U.S.: about 8.5% of all spirits and >30% of all whiskey.

Q: How fast is it growing?

Q: When is it selling?

A: Stock up; not surprisingly nearly 30% of the year’s bourbon is sold in the fourth quarter of the year.

Q: What has the bourbon doom done for tourism?

A: The vast majority of the world’s bourbon still comes from Kentucky, which has benefited greatly from the surge in global bourbon appreciation. The Kentucky Distillers Association (KDA) reports that last year 888,733 people visited the Kentucky Bourbon Trail, which the KDA created in 1999. That number exceeded the 2015 record by 17%. And 180,000 people visited the 11 distilleries that make up the Kentucky Bourbon Trail Craft Tour, launched in 2012 to spotlight the growing craft distilling scene. That was a 32% increase over the previous year.

Q: Does such heightened demand for bourbon mean the industry is headed for a shortage?

A: There have been media reports of shortages, but producers seem to be keeping up with future demand. Total bourbon inventory in Kentucky reached 6.8 million barrels in 2016, according to the KDA, the most since 1973— right after U.S. bourbon consumption had begun its steady decline (before the current renaissance). The organization points out that there are 1.5 barrels for each resident of Kentucky. Last year, Kentucky bourbon producers lled 1.6 million barrels, the highest number, KDA says, since the category’s peak in 1969.

A: It’s true that only whiskey produced in the U.S. can be called bourbon (and non-U.S. trading partners tend to abide by that rule), but whiskey drinkers around the world can’t get enough of America’s native spirit. Bourbon/Tennessee whiskey exports jumped more than 10% in 2016, according to the Distilled Spirits Council. Distillers across the globe are also eager to get their hands on ex-bourbon barrels to give some of their own products a bit of that bourbon-y essence.

In Mr. Boston: Official Bartender’s Guide, 75th Anniversary Edition, the Old- Fashioned is first among the book’s 1,500 recipes—following four pages about it being the first recorded cocktail, dating to 1806 (“a stimulating liquor, composed of spirits of any kind, sugar, water and bitters”).

The Manhattan has been apocryphally attributed to Winston Churchill’s mother, but historian David Wondrich says it apparently originated in the Manhattan Club, “an organization of upper class Democrats,” which in 1874 was at Fifth Avenue and 15th Street.

Marvin Stone loved his Mint Juleps, but he didn’t like sipping it through a piece of natural rye grass, as was the custom of the day. By wrapping paper around a pencil, then gluing the curled pieces of paper together, he invented the straw, patenting a paraffin-coated manila version in 1888.