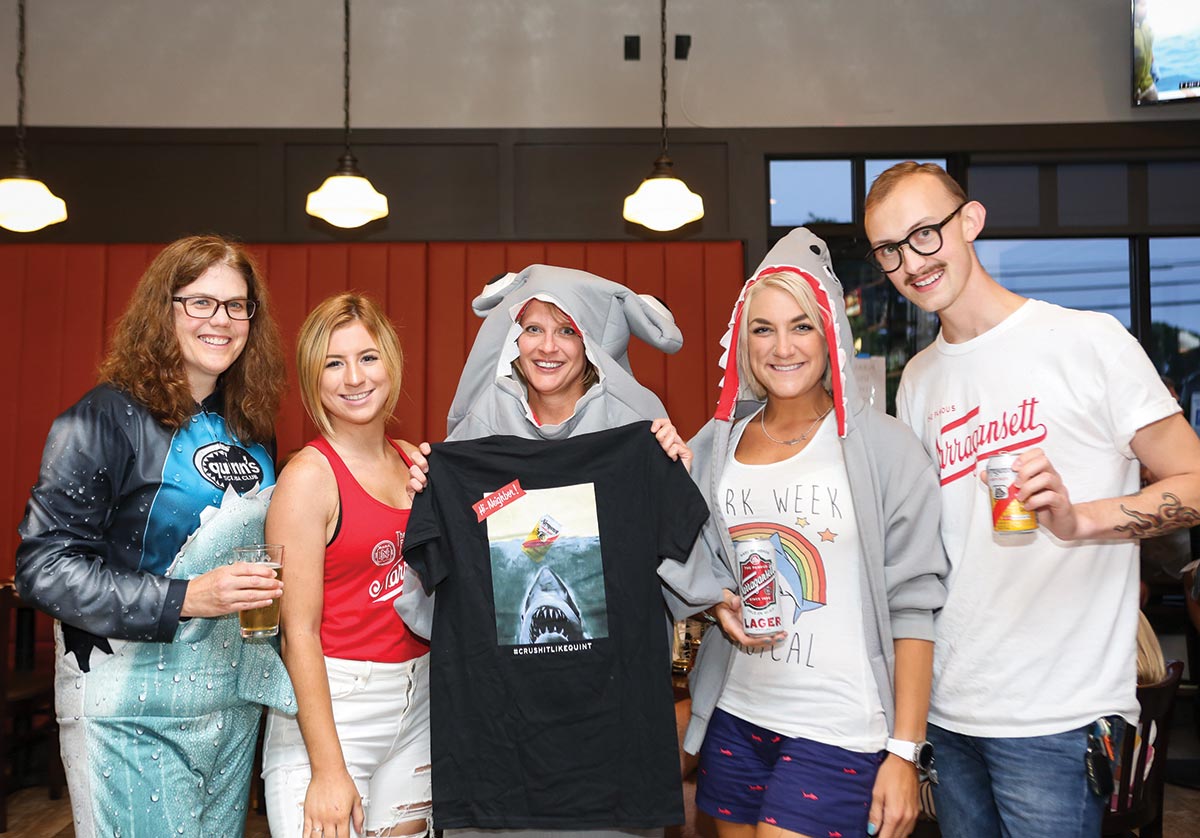 Summer along the sea is not complete without an ode to, and viewing of, the famed summer film “Jaws.” Combined with Discovery Channel’s Shark Week, July 22-30, many local venues celebrated on the two fronts. On July 25, Providence Coal Fired Pizza participated in the annual summer media event offering an evening of #crushitlikequint action, a campaign from Narragansett Beer honoring the iconic scene from “Jaws” when character Captain Quint famously crushes the brew can. Patrons also enjoyed shark-themed cocktails from the bar. 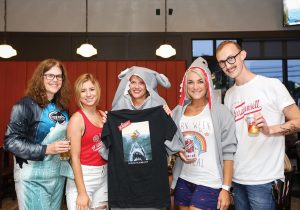 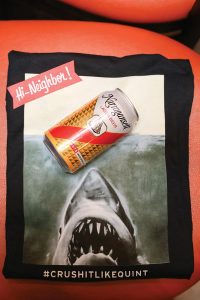 A vintage 1975 Narragansett Lager Beer can like the one “Jaws” character Quint crushed in the original movie. 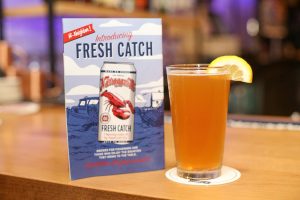 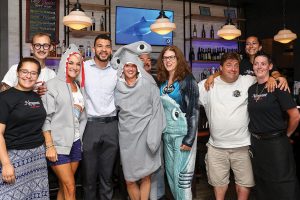 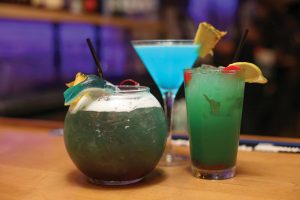 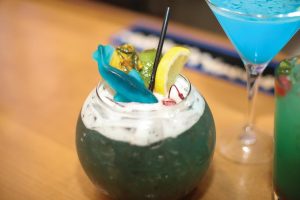 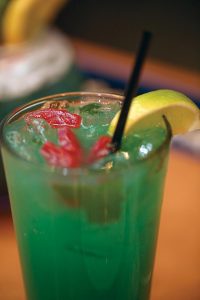 Another of the restaurant’s signature Shark Week cocktails, the Mako-rita, was a twist on the classic Margarita. 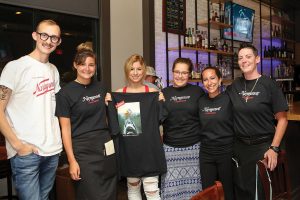