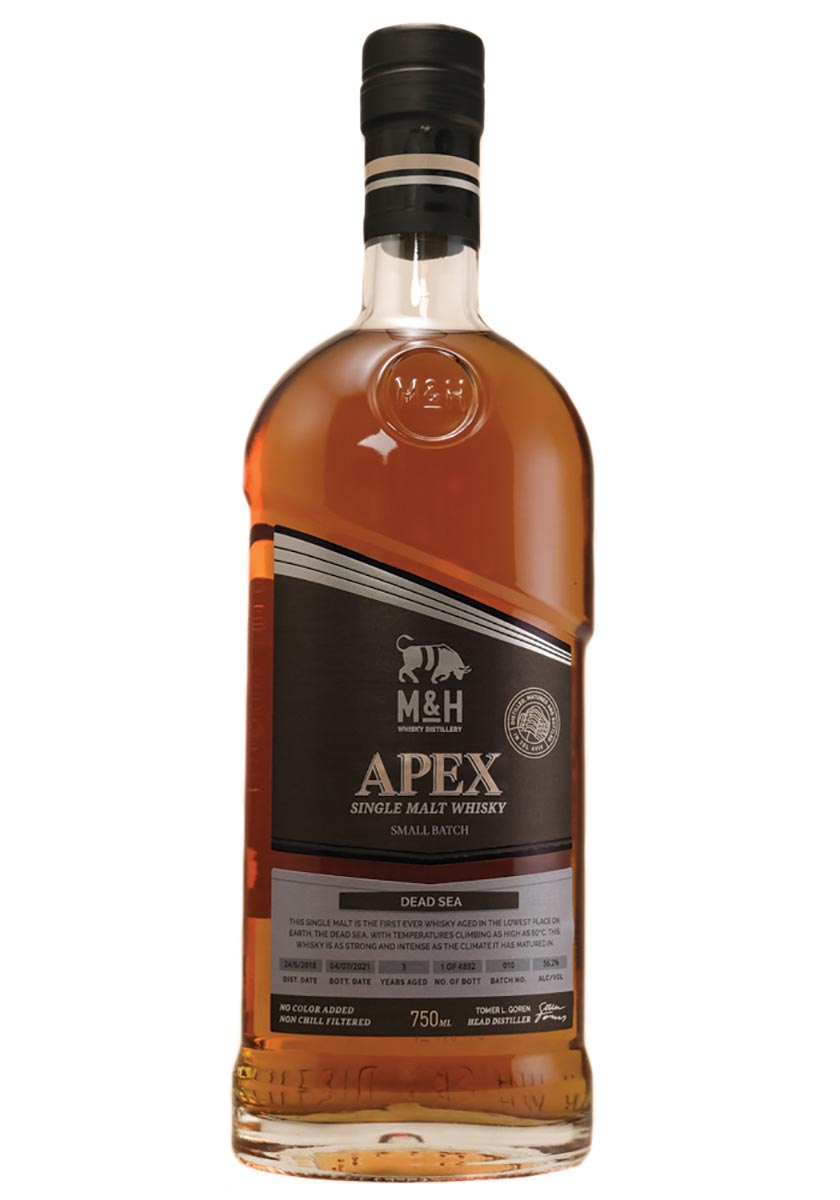 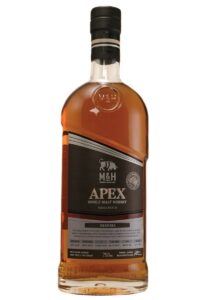 Tel Aviv, Israel’s M&H Distillery announced the U.S. launch of Apex Dead Sea, the eighth release from the single malt producer. The 56.2% ABV whisky is blended from 20 casks: ex-Bourbon, red wine and STR (shaved, toasted, re-charred) barrels, all matured over 1,000 feet below sea level in the Dead Sea region, made by Head Distiller, Tomer Goren. Billed as the “first whisky ever to be aged in the lowest place on earth,” with temperatures climbing as high as 50ºC, the whisky offers a strong and intense reflection of the climate it has matured in. As part of the Apex Dead Sea project, an array of casks from a variety of types and sizes were placed on the roof of a hotel on the coast of the Dead Sea, exposed to the harsh and dynamic weather for one year. With a long finish, flavors of candied ginger and cloves are joined by a bouquet of toasted herbs and coarse sea salt. Kosher Certified, unchillfiltered with no color added. The first batch of Apex Dead Sea is limited to 4,892 bottles available in select countries, with Connecticut among its U.S. release locations, beginning in January 2022. The line includes M&H Distillery Classic Single Malt Whisky, M&H Distillery Sherry Elements Single Malt Whiskey, M&H Distillery Elements Peated Single Malt Whisky and M&H Distillery Elements Red Wine Cask Single Malt Whisky among offerings, all available via Skurnik Wines of Connecticut.