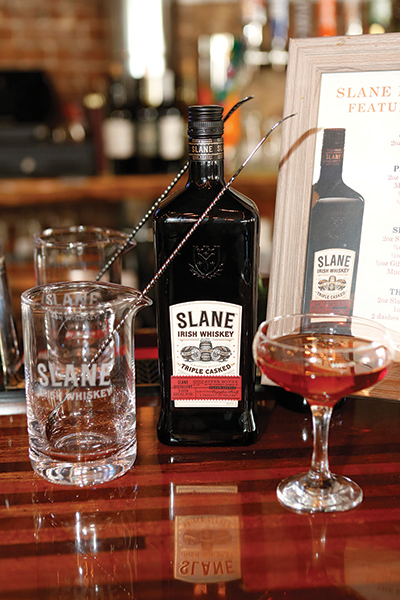 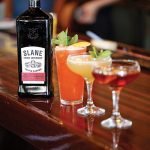 Slane Irish Whiskey Triple Casked next to the featured cocktails during the tasting event. 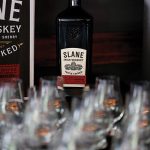 Slane Irish Whiskey is named after the Conyngham family’s village, The Slane Village in Ireland’s County Meath, which was designed by the family in the early 18th century. The Slane Village features period houses, shops and landscapes. 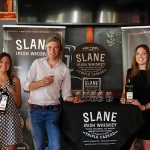 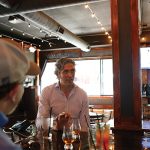 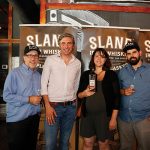 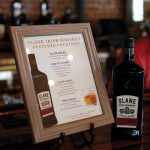 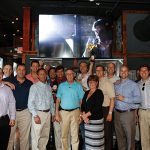 Conyngham, in the middle, with guests during the Slane launch event at The Black Sheep. 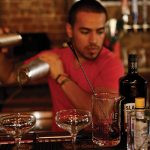 Marco Meza, Bartender, The Black Sheep mixing up cocktails during the event. 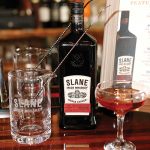 Slane Irish Whiskey is golden in color with complex fruit, caramel, brown spice and toasted oak on the nose. The taste is “spicy at first, then sweetened with vanilla and butterscotch with lingering hints of dry fruit and caramelized sugar on the finish.” 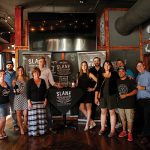