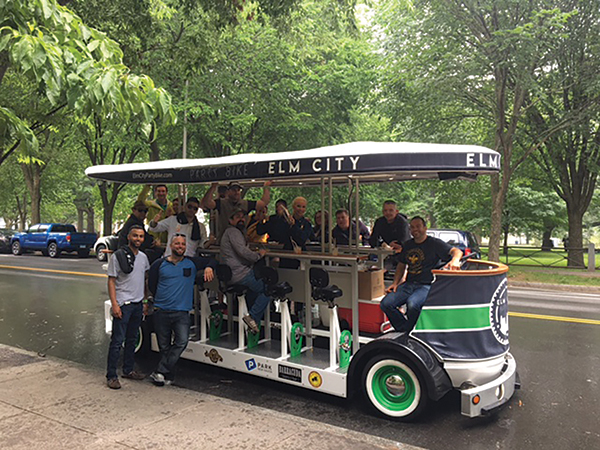 Opici Family Distributing of Connecticut launched VDKA 6100 by hosting an educational session aboard the Elm City Party Bike in New Haven in June. VDKA 6100 is sourced near Lake Taupo on the North Island of New Zealand and is made with whey from the Bay of Plenty region. The vodka is gluten-free, sugar-free and lactose-free and has hints of citrus and white pepper. Actor Robert De Niro has partnered with VDKA 6100 and has helped with design, packaging, branding and positioning for the vodka launch. 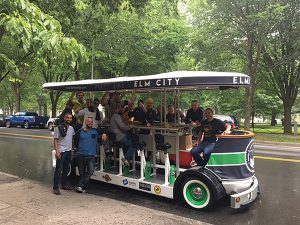 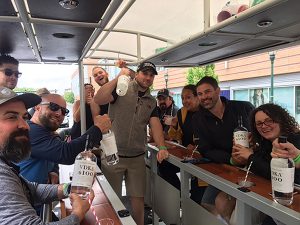 Aboard the Elm City Party Bike for the VDKA 6100 launch.