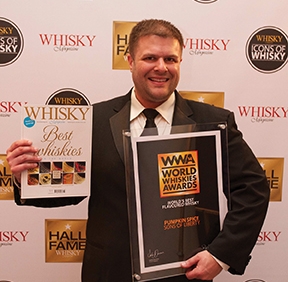 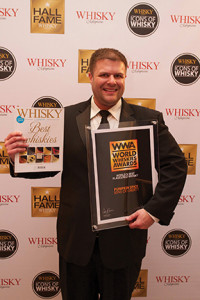 in the category of “Best Flavored Whiskey” for its seasonal Pumpkin Spice release at this year’s annual awards presented by Whisky Magazine. More than 350 whiskies went through three rounds of tastings competing for the coveted 10 titles of “World’s Best.” Reppucci said, “It is a tremendous honor to receive the ultimate recognition for our efforts with this year’s ‘World’s Best’ award, not only for us, but for everyone who helped make this whiskey. From grains to bottle and all the pumpkins in between, so many Rhode Islanders are part of this win.”