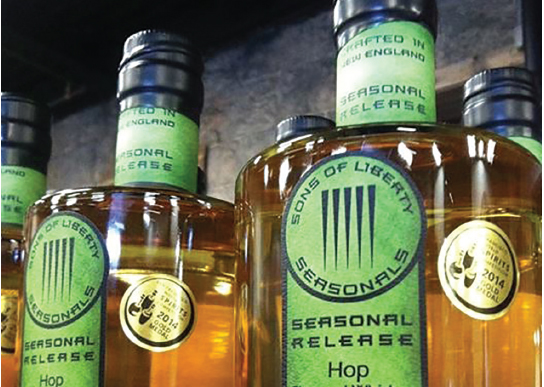 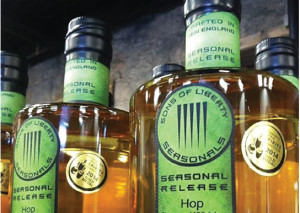 The 2013 Hop Flavored Whiskey won gold medals at this year’s Craft Spirits Awards International Competition in Los Angeles, CA, as well as at the 14th annual San Francisco World Spirits Competition, where it was the only flavored whiskey to win gold.

South Kingstown’s The Sons of Liberty released their 2014 Hop Flavored Whiskey in late-July, as part of its continuation of seasonal line of whiskies. “With our second release of Hop Flavored Whiskey, we are continuing this new idea of seasonality in whiskey, the same seasonal concept that has seen so much success in the beer category,” said Sons of Liberty Owner, Mike Reppucci. “An IPA beer holds a distinct summertime flavor and our goal was to capture its seasonal characteristics and further unite craft beer and whiskey drinkers alike.”