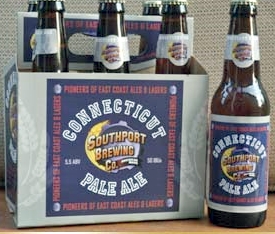 Championship. SBC’s “Mambo Bach” received a gold medal from the Beverage Tasting Institute, the company that operates the World Beer Championship, describing it as having a “nice vibrancy and flavor and balance that will be great with any food.” SBC’s “Connecticut Pale Ale” received a bronze medal, described as having, “Aromas of toasted nuts, tahini, and edamame with a supple, dry medium body and a tangy, very grain driven finish with leafy greens like hops and earth in support.” Mark Dasilva, head brewer of SBC, said, “I could not be prouder than to have the company’s first bottled beer, brewed right here in Connecticut, and available throughout the state, come away with a medal.”