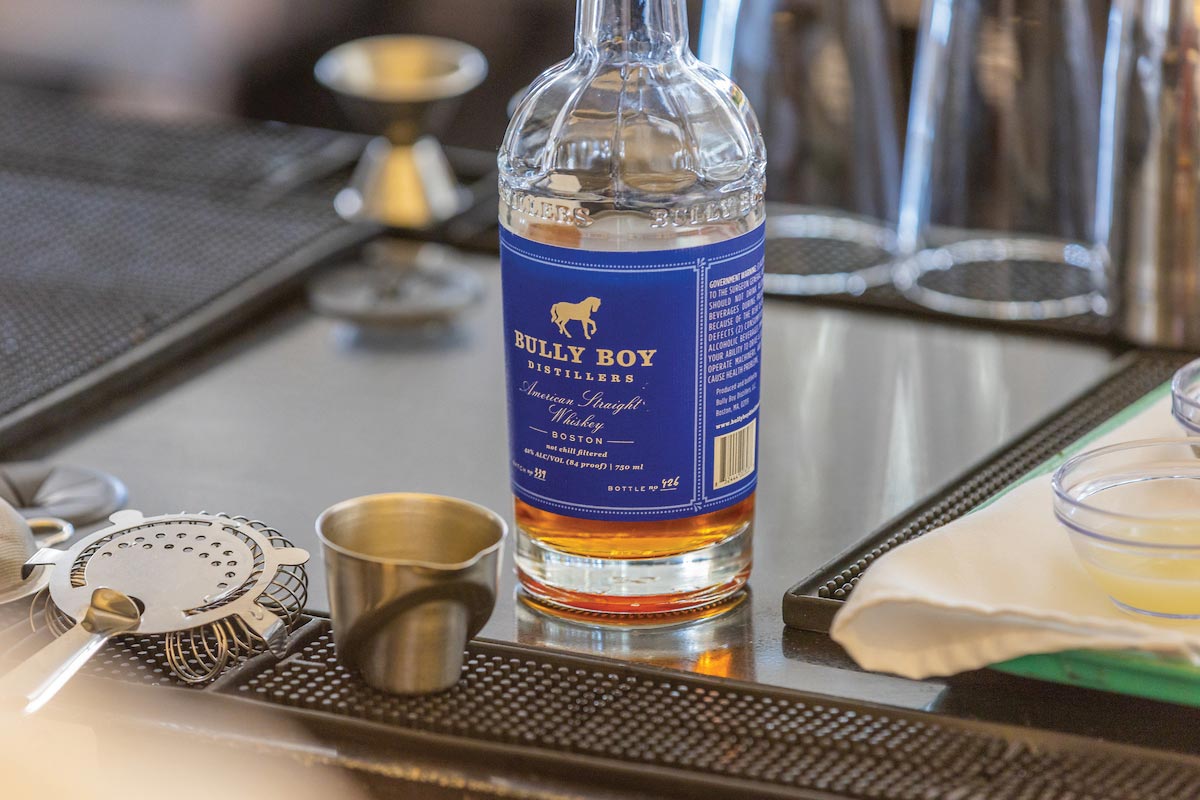 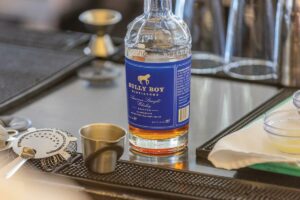 Bully Boy American Straight Whiskey was one of the featured spirits used in the competition. The brand is distributed in Rhode Island via Horizon Beverage Co. – Origin division. 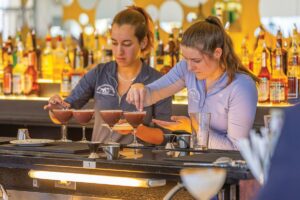 Students Zoe Zuerner and Celia Kinneary making their cocktail, A Date in Thyme. 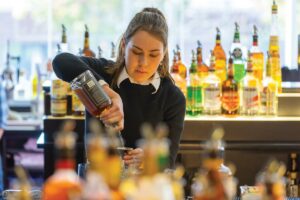 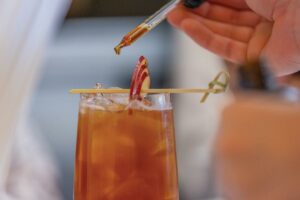 Hart putting the final bitters on her cocktail, Tea in the Arbor. 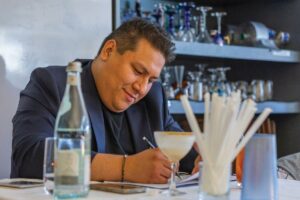 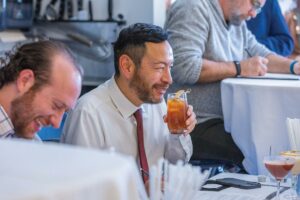 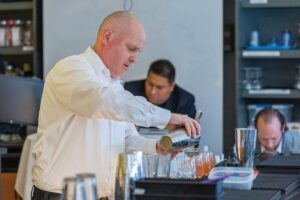 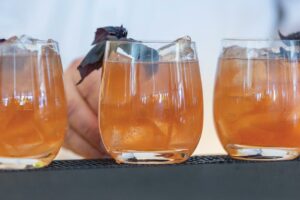 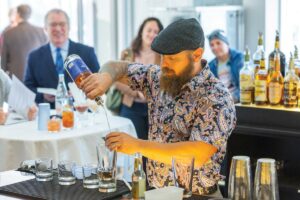 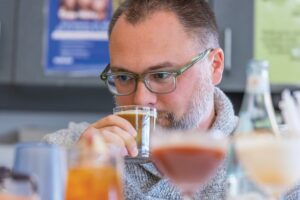 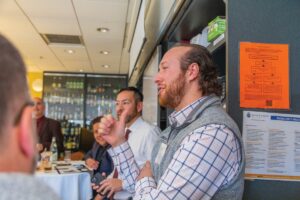 Andrew Greenleaf congratulating all the students for their hard work and creativity. 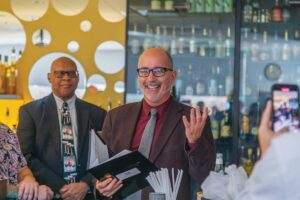 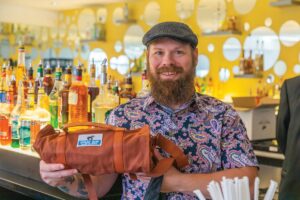 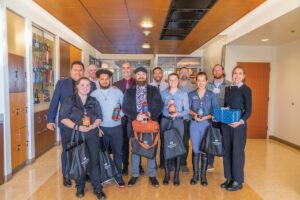 Student contestants, judges and professors pose for a photo.