Serving Up: The Film Noir at Taprock Beer Bar & Refuge 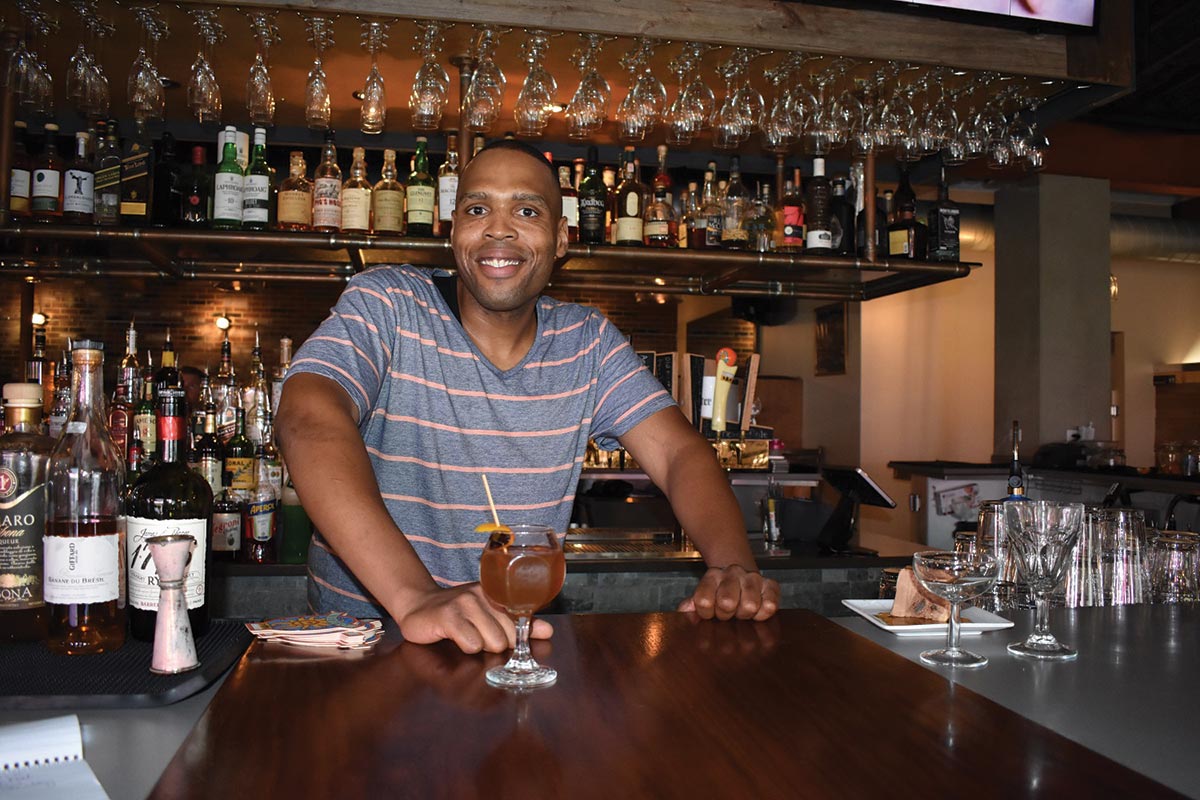 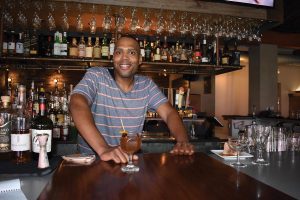 Since opening in November 2016, the tagline of Taprock Beer Bar & Refuge has been, “Your refuge from pretense,” and according to Bar Manager Khalid Williams, Taprock is the type of place where “people coexist and all find something here they can gravitate toward.” Taprock’s menu offers creative pub fare, including small plates, salads and burgers, along with craft, domestic and imported brews and wines. Williams said Taprock’s philosophy about cocktails can be summed up in two words: “simple” and “honest.” 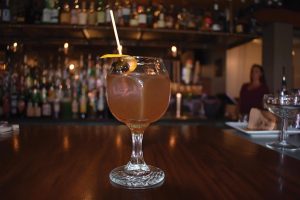 Fill a shot glass with maple syrup and pour it over a piece of apple wood. Use a blow torch to smoke the maple syrup. Place the cocktail glass over the flamed maple syrup, allowing the smoke to be trapped in the glass for several minutes. Meanwhile, combine whiskey, amaro, vermouth and Banane du Brésil in a mixing glass with ice. Pour into smoked glass and serve. Garnish with a brandied orange peel and a brandied Luxardo cherry.

“A lot of the people that I look up to are willing to be kind of iconoclasts and do the thing you are taught not to do with a cocktail, and then something beautiful comes out of it,” Williams said. “Banana is usually associated with something frozen, like tiki, but banana is part and parcel to rye whiskey. Spice and banana are two flavors that people who taste a lot will agree go well together … and [I wanted] just to call that out because I don’t see that happening much.”