Serving Up: The Bee at The Industrial Cocktail Bar 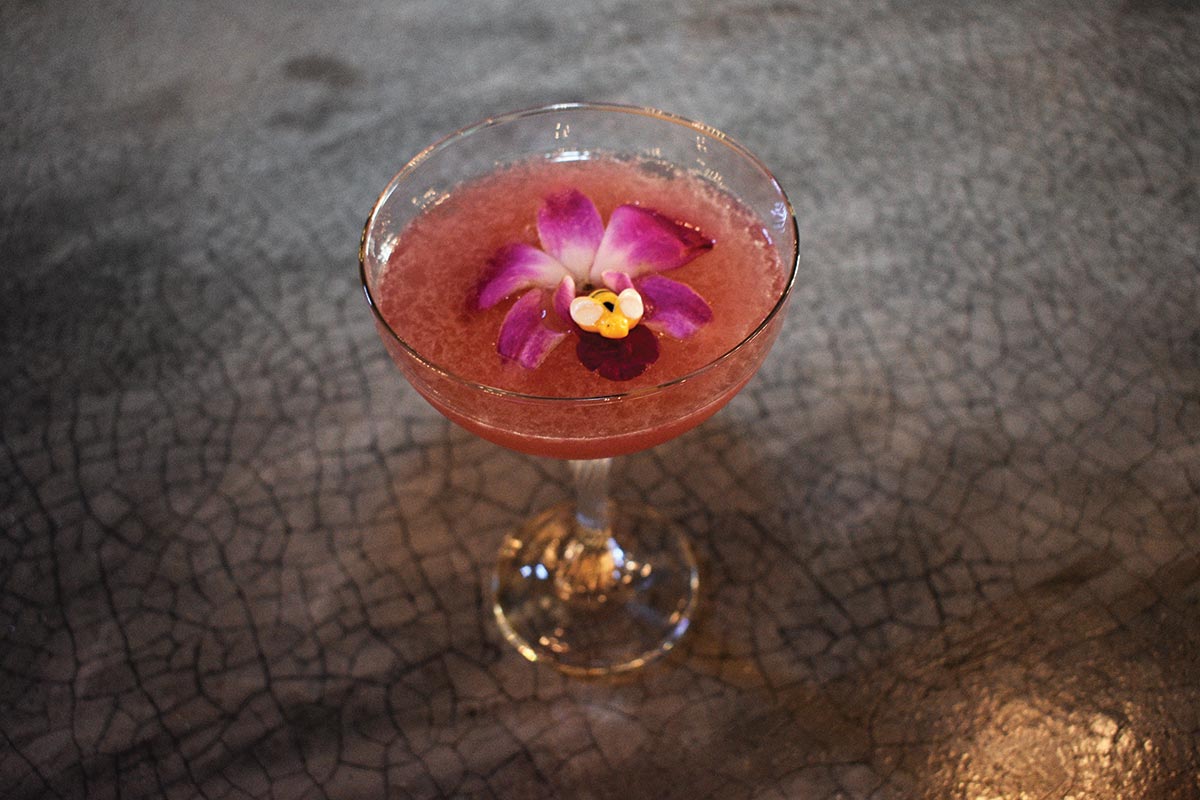 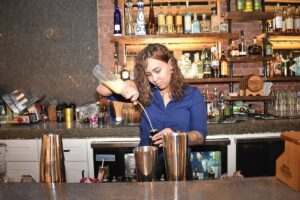 Opened by brothers Andres and Marlon Soriano in November 2021, The Industrial is a craft cocktail bar located in the Assembly Room, a 7,500-square-foot buzzing dining hall with five restaurants, all found within 222 on Main in downtown New Britain. The Industrial is anchored within the dining hall of eclectic eateries: Creole BBQ, Louisiana-style barbecue; Nikko, sushi and salads; Fowl Play, hot chicken; Las Tortas MX, Mexican food; Burrito Loko, Tex-Mex and Miel, a coffee shop. Accessible to both the building’s residents and visitors, the space also has a 500-square-foot rentable multi-function room, a pool table and live music on the weekends, offering open seating for about 200 people, be it small tables and plush sofas, or the patio, which is walled in during cold weather. The late-19th century building has been modernized and revamped, housing new luxury apartments above the public spaces. Co-Owner Andres Soriano, who has spent the past eight years managing the bar at Max Fish, plus another 10 years with the restaurant group on top of that, now creates his award-winning and inspired upscale craft cocktails, as well as offering wines by the glass and beer selection, from his new venue. 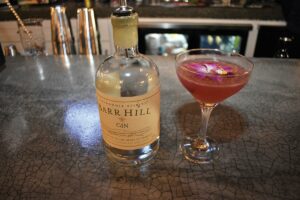 The Bee at The Industrial Cocktail Bar 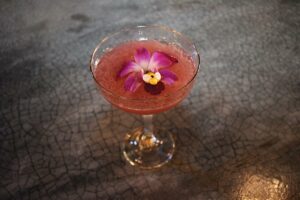 The Bee at The Industrial Cocktail Bar

One of the menu’s popular creations, The Bee, is a variation on a Bees Knees cocktail, with an added twist of pomegranate juice. “I wanted to do a Bees Knees, but switch it up a little bit,” Soriano said. “I added some pomegranate and honey together. Nothing too crazy, just something simple.”

Besides the link to Barr Hill Gin’s honey notes, the name is a nod to New Britain’s industrial past, Soriano explained, when the sound of the factories whirring during the day made a sound similar to a beehive. Bees became New Britain’s symbol, and as the city undergoes a transformation with new apartments and businesses, they are still seen on its city seal, its street signs and its “beehive bridge.”