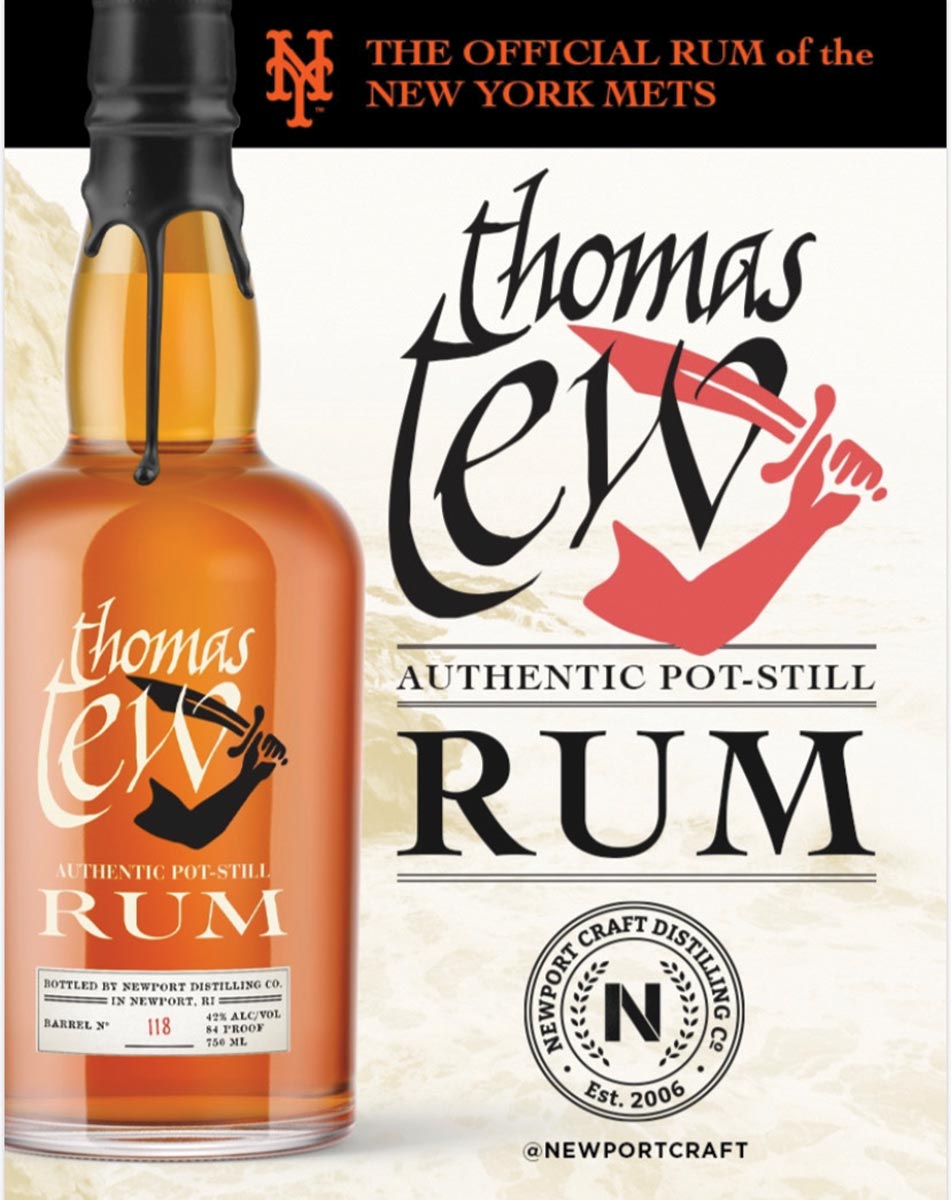 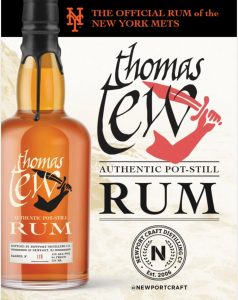 Newport Craft Brewing & Distilling Co. announced its agreement with the Major League Baseball Club New York Mets to have its Thomas Tew Rum brands – Thomas Tew Single Barrel and Thomas Tew Spiced rums – named as the ball club’s official rum. “To align Thomas Tew Rum and the Newport Craft line of products with such a historic franchise and passionate fan base is an exciting opportunity for our brand. The support of the Mets organization is the tip of the spear of the company’s expansion and growth in the greater New York market,” said Newport Craft CEO Brendan O’Donnell. “We expect that this partnership will elevate the market’s awareness of the company’s flagship spirit line and complement its craft beer brand portfolio of Newport Craft, Braven Brewing Company and Radiant Pig Beer Company, each of which are currently enjoyed throughout the city’s five boroughs.” The first Rhode Island distillery in more than 135 years, Newport Craft was named a top 10 craft rum distillery in the U.S. by USA Today in 2019.