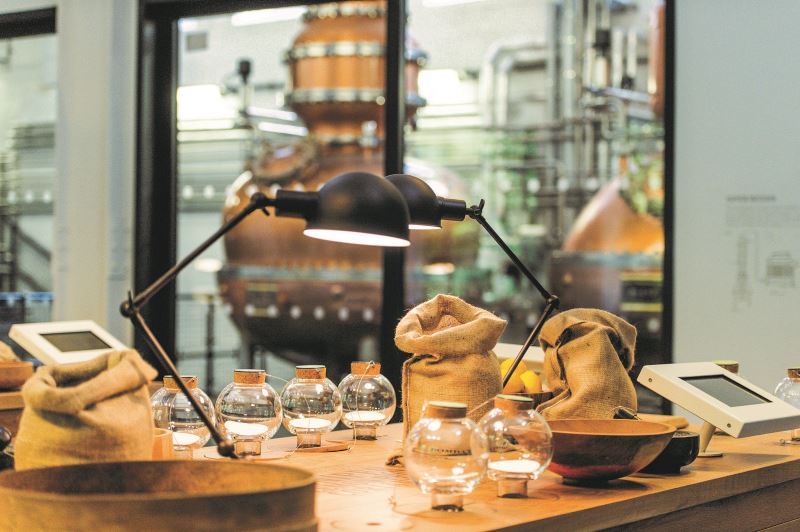 In a Post-Juniper Era, The Spirit is Flexing Its Muscle—and Style

Many Americans still associate the category with bracing, herbaceous expressions traditionally associated with the designation London Dry. But that reputation deserves to be retired. Juniper, of course, is the defining botanical in all gin, but it has come to be handled more palatably than ever, even in bang-for-buck brands like Burnett’s and New Amsterdam. And a boomlet of new ventures shows there is much room for play in creating other vibrant, complex flavor profiles from alternative ingredients. For those looking beyond the typical dry expressions, here’s how some brands have rethought gin.

Bombay Sapphire, in its iconic blue bottle, brought an element of luxury and spice-road intrigue to the London Dry designation when it launched in 1987. However, in 1999, just as cocktail culture was poised to explode, a new wave of “ginthusiasm” was born when Hendrick’s Gin debuted with its “unusual” addition of rose and cucumber in its recipe, adding garden freshness to the dry gin flavor spectrum.

More recently, Monkey 47 emerged from Germany’s Black Forest to delight gin fans and the bar community with its bold, yet balanced array of botanicals (the name refers to the number used), including fruits, herbs and spices such as cranberry, mint, sage, chamomile and spruce shoots.

And for a novel plot twist, Nautical Gin (launched in 2015) features 15 globally sourced botanicals, including Paciﬁc kombu, a coastal vegetable rich in vitamins and minerals that provides a subtle hint of sea salt and minerals to the spirit.

A handful of producers pride themselves on jumping through all the necessary hoops to be labeled as certified organic, giving these gins added green appeal. A few to try: Prairie Organic Gin (with sage and delicate spices); Farmer’s Botanical Organic Gin (with lemongrass and elderflower); Koval Organic Gin (certified kosher, and made with wildflowers and woodland spices).

Citrus peels are an obvious ingredient for gin because the aromatics are so complementary to the grassier notes of juniper. Some element of citrus is typically included in most gin recipes, but a few producers really push it into the spotlight. Malfy Con Limone uses indigenous lemons grown along the Italian coasts of Amalfi and Sicily to give its gin a juicy lemon-drop accent. In Sonoma County, D. George Benham’s Dry Gin uses homegrown Meyer lemons to highlight other botanicals such as peppermint, coriander and star anise.

Harvesting from another part of the orchard, Brockmans Gin incorporates grapefruit and blueberries and into its botanical mix—and both are amplified when a G&T is served with a grapefruit peel twist and a few fresh blueberries.

From Floral to Funky

Gin flavors can also be derived from other less obvious sources from the natural world. For a fresh and flowery variation, Dillon’s Small Batch Distillers in Ontario, Canada, selects rose petals and rose hips for its slightly sweet, pink-tinged aperitif-style Rosé Gin. Toward the opposite end of the flavor spectrum, Gin Mare (translated to “gin of the sea”) looks to its Mediterranean roots, combining Arbequina olives, Italian basil, Greek thyme, Turkish rosemary and Spanish citrus.

For peated whisky or mezcal drinkers seeking another way to lighten up for the warmer seasons with a smoky tipple, ESP (Empire Spirits Project) “Smoked” Gin is technically juniper-forward, except the juniper is dried with applewood smoke before added to the botanical mix. Uncle Val’s Peppered Gin packs a pick of peppers—roasted red bell, pimentos and black peppercorn—to add a unique savory character.

Give it the Barrel Treatment

A decade ago, Maison Ferrand released its first Citadelle Réserve aged for a few months in French oak, the first such gin on the mainstream market. Gin producers barrel-aging the spirit is no longer a surprise, but finding the appropriate botanical selection and wood treatment to achieve balance is key.

Chief Gowanus New Netherland Gin, a joint project between New York Distilling Co. and drinks historian David Wondrich, was created from an 1809 recipe that uses rye as a base for a copper pot-stilled gin aged three months in American oak. Even the old guards of the gin/genever category have rolled out the barrels, such as Bols Barrel Aged Genever aged in French oak for 18 months.

As informed drinkers look to gin’s past for cocktails to mix at home, classic brands have unveiled historic offshoots and whimsical variations to compete with boutique gins. For Tanqueray, limited releases have included Old Tom, Bloomsbury and Malacca. Beefeater most recently went for a broader botanical infusion with 24, and the summery London Garden limited edition.