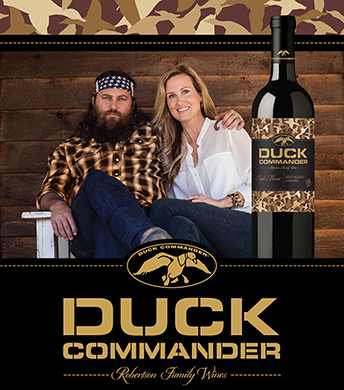 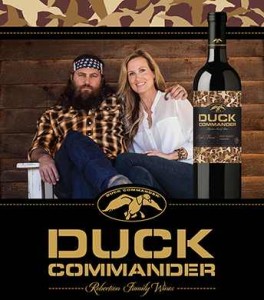 Duck Commander was founded in 1972 by Phil Robertson to produce professional duck calls. In 2012, Duck Dynasty premiered on A&E, and in 2013 it became the #1 unscripted cable show on record and the family’s book Happy, Happy, Happy became a #1 New York Times’ Best Seller.

Roger Trinchero, principal, vice chairman and CEO of Trinchero Family Estates commented, “There are some natural synergies between the Trinchero family and Robertson family businesses. Both companies were built on family values with a mission to provide consumers with quality products. This has helped us both establish customer loyalty which continues on from one generation to the next.”

The two families have planned a private dinner on November 18 to celebrate the launch of the wines and to plan for the upcoming vintage and varietal line-up of the brand. On November 19, an intimate media “Happy, Happy, Happy Hour” reception will be held in St. Helena California with members of the Trinchero and Robertson families.