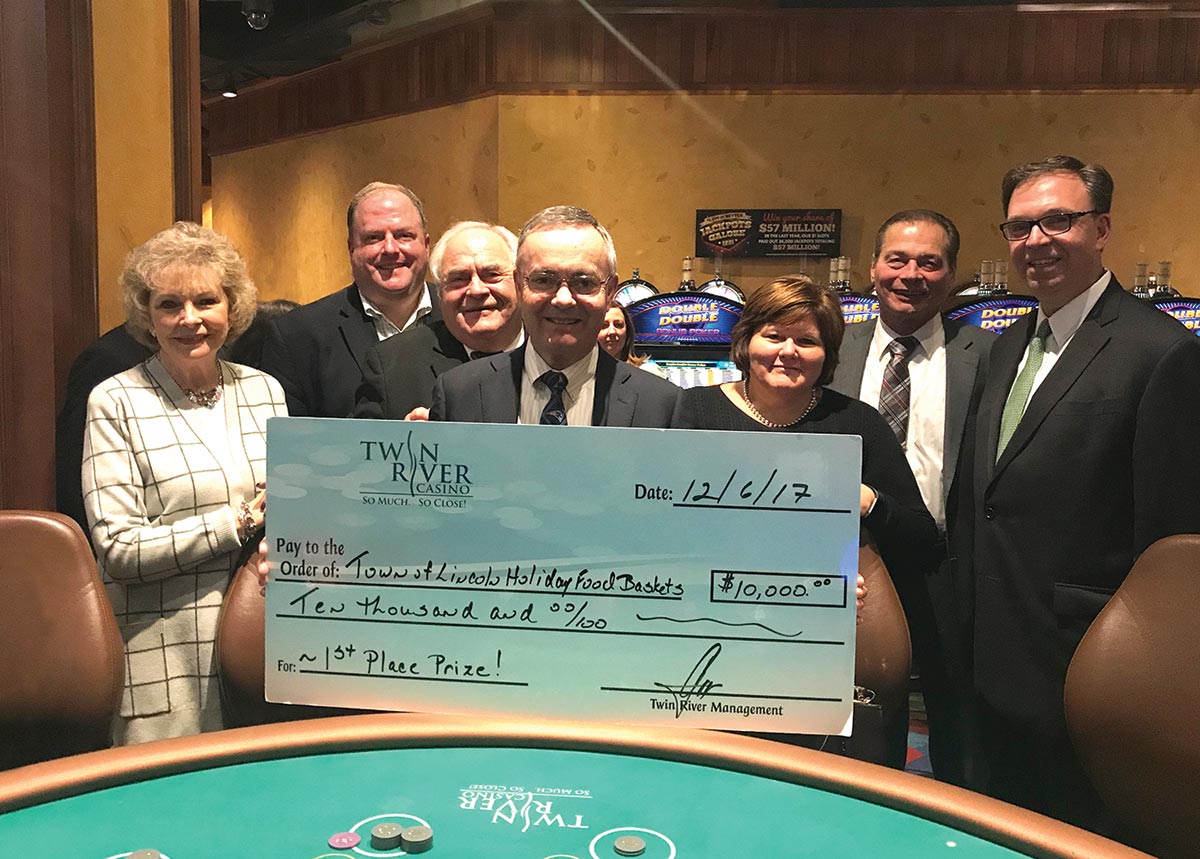 The Fifth Annual Holiday Charity Blackjack Tournament at Twin River Casino was held on December 6, 2017, as part of its annual charitable efforts. Brian Hunter of the Northern Rhode Island Chamber of Commerce played for the Town of Lincoln Holiday Food Basket Program and received the grand prize of $10,000. A total of $60,000 was donated by the 36 players who participated on behalf of their selected Rhode Island charity. All charities received a minimum $1,000. To date, $335,000 has been given to local charities from the annual tournament. 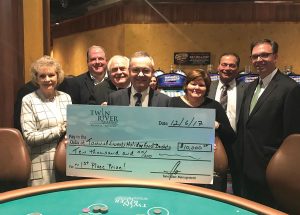