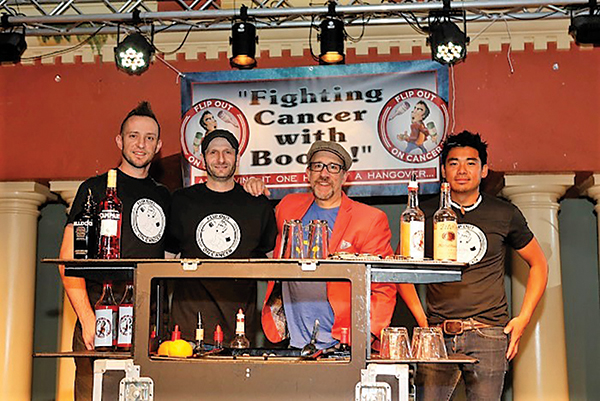 The Flip Out on Cancer 2017 flair bartending showcases held at Newport Grand and Twin River Casino, along with annual local on-premise cocktail sales via Negroni Week, benefit The Tomorrow Fund and Helen David Relief Fund. Bartenders from around the United States and Canada gathered at the Newport Grand Casino sponsored by Tito’s Homemade Vodka and Campari on June 6 and at Twin River on June 7. Colby Ashton won first place with Ram Ong in second place and Eduardo Clevek in third place from the June 6 event. 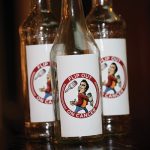 The Flip Out on Cancer 2017 flair bartending was sponsored by Tito’s Vodka and Campari America. The competitors created two cocktails using “working and exhibition flair.” The first cocktail created was the Negroni, in honor of Negroni Week, and the second was competitor’s choice using Tito’s Vodka as the base ingredient. 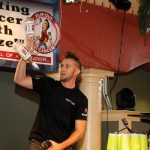 Competition Winner Colby Ashton of Las Vegas. Proceeds from the ticket sales went to benefit the Tomorrow Fund, a non-profit organization in Rhode Island that provides financial and emotional support to children with cancer and their families who are treated at The Tomorrow Fund Clinic at Hasbro Children’s Hospital in Providence. 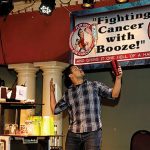 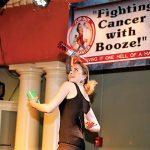 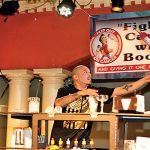 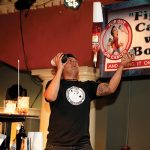 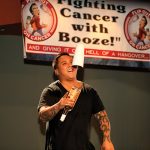 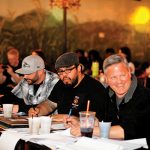 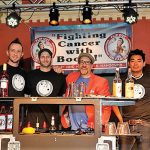 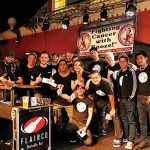 Flip Out on Cancer 2017 event organizers and competitors. 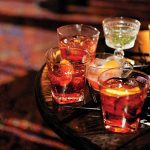 A selection of cocktail creations.