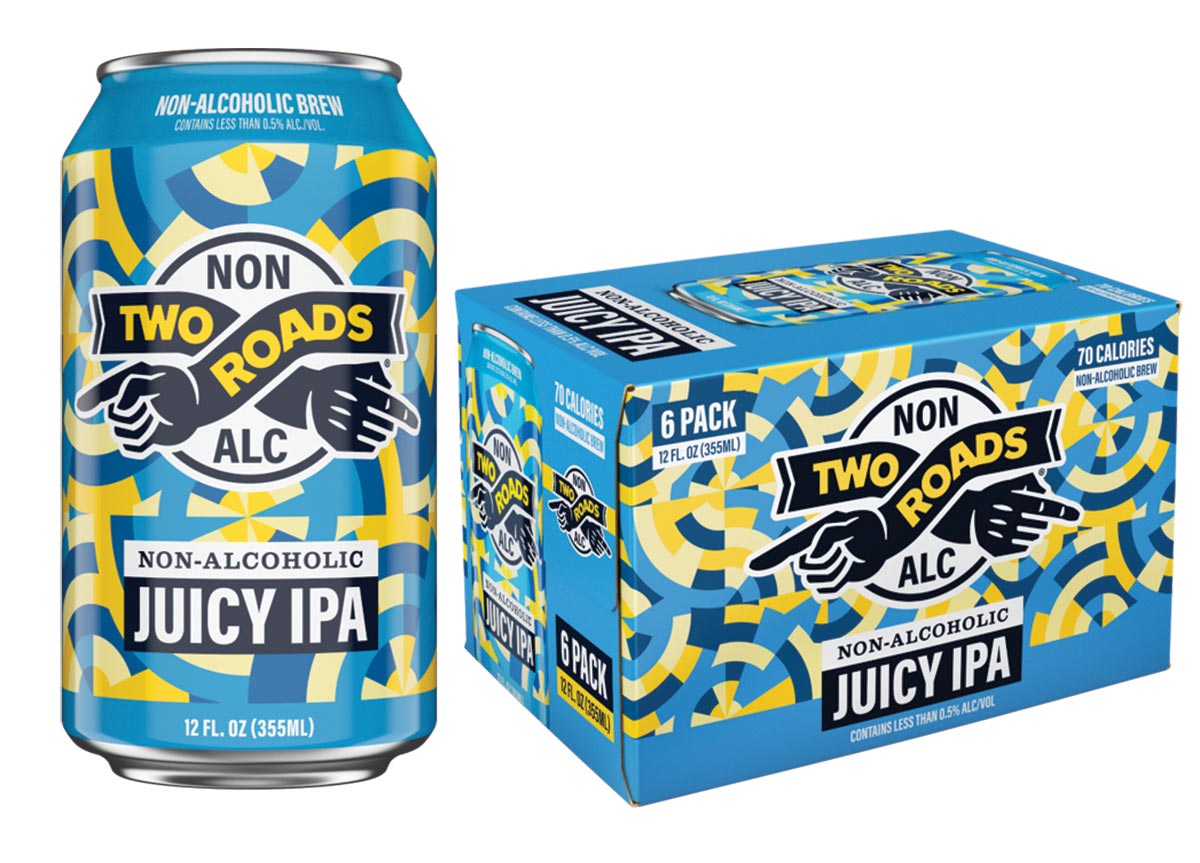 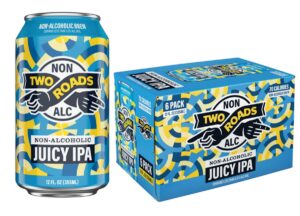 Two Roads Brewing Co. began the first in its series of launched non-alcoholic (NA) beers under the Two Roads brand name. The company, which is coming up on its 10th anniversary, has focused on innovating in the Northeast “beyond beer,” creating hard seltzers, RTD spirits-based cocktails, and now its line of non-alcoholic beer offerings. Two Roads plans to roll out a number of NA beers over the coming months, starting with a non-alcoholic version of a Juicy IPA. According to Director of Marketing, Collin Kennedy, “an NA Juicy makes perfect sense from a trend standpoint. Juicy IPAs, and non-alc beers in general, continue to grow in popularity, making this entry a very logical first step.” The brew is a 70-calorie, non-alcoholic liquid. According to CEO Brad Hittle, “Two Roads’ secret weapon all along has been Master Brewer Phil Markowski. Phil’s goal was to create an NA that would convince beer drinkers they are actually enjoying a full powered Juicy IPA, and to no one’s surprise, he developed an NA that’s ‘two good to be true.’”