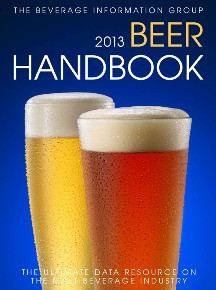 The beer industry saw gains in both dollar and volume in 2012 after a three-year downturn.

Well-marketed new products and slight improvements in the unemployment rate contributed to the beer industry’s overall growth. Although the second half of the year didn’t fare as well from an economic standpoint, the industry was still able to see an increase of 0.8% to 2.9 billion 2.25-gallon cases, according to the recently released Beverage Information Group’s 2013 Beer Handbook. Super-premium, Craft, Imported and Flavored Malt Beverages out-performed the industry overall, as there is increasing demand for higher-priced beer. Super-premium and Premium increased 1.6%, and Craft increased 13.7% to reach 185.2 million 2.25-gallon