Legal View: Unsuitable in the Eyes of Whom? 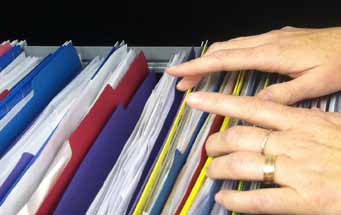 Remonstrance and Your Permit

Having written this column the past several months, I am always interested to hear what topics readers found interesting and relevant to the conduct of their business. One such area is Remonstrances: a provision of liquor law that has the potential to upset the business plan of any alcohol-related establishment.

What is a Remonstrance?
Whenever a new liquor license is applied for, any ten residents of that town who are eighteen years or older, may object to the issuance of that license, by filing a petition with the Liquor Commission. If the business in question is a manufacturer or wholesaler, the ten residents can be anywhere in the state.
The petition has to allege the proposed location of the business is unsuitable or that the applicant is unsuitable. So what makes an applicant or location “unsuitable”?

Suitability of Person
Given that alcohol has the potential to temporarily change the emotions and mental abilities of someone who drinks, the liquor laws place importance on the character of a person operating an establishment selling liquor. The permittee should be someone law-abiding, with good judgment, who would not put someone else in danger. Whether or not an applicant is unsuitable requires a look at the “whole picture”, not just one piece of it. Yes, the Liquor Commission looks at an applicant’s criminal record, their past and present financial record, and conduct as a permittee in the past, if any. But, in each case, they look at the whole picture to determine if an applicant is suitable or unsuitable.
While those filing a remonstrance can allege whatever they wish about the applicant, most remonstrances are usually not filed on these grounds. Some allegations that might get the Liquor Commission’s attention, in this area, would be allegations that:
1) the permittee has been untruthful in their license application
2) the applicant has a history of being untruthful in general (proven in some objective way, like a conviction for perjury, or other crimes involving untruthfulness), or
3) the applicant had prior involvement in a problematic liquor license (a nightclub with violence on the premises would be a good example).

Suitability of Location
Most remonstrances usually allege that the proposed location of the business is unsuitable. It’s hard to point to objective grounds that make a location unsuitable, especially when municipal officials have signed the application, confirming conformance with local zoning ordinances. The Liquor Commission will give this much deference. Nevertheless, many remonstrances unsuccessfully argue the new business isn’t in character with the neighborhood, traffic will be disrupted, and other allegations that really are local zoning issues.

Assuming the rest of their application is in order, knowing that no one has filed a remonstrance generally means that the application is on a reasonable path to final approval.