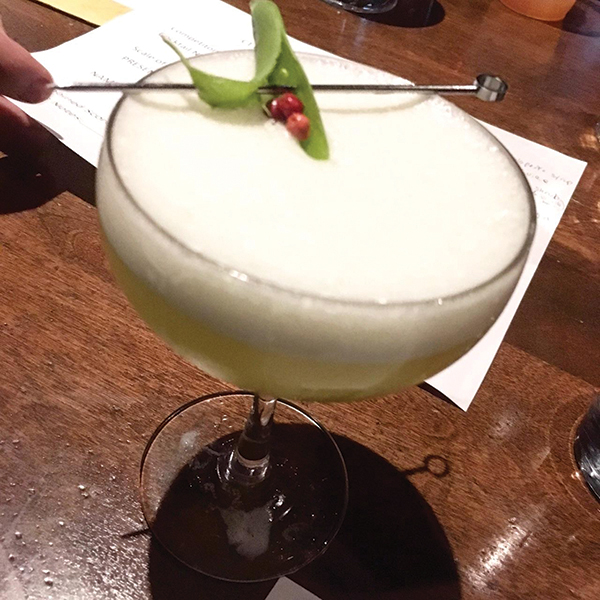 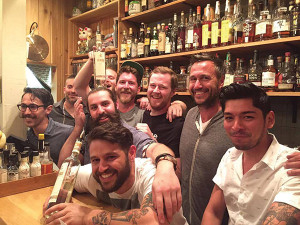 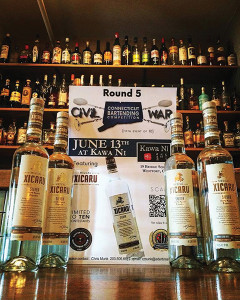 Local bartenders had to create a cocktail using Xicaru Mezcal on June 13. The artisanal mezcal is made from 100-percent Espadin. The agave is crushed and roasted in the traditional method using mesquite and ocote wood. Natural fermentation takes place in pine vats before double distillation in copper pots. 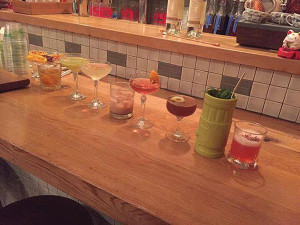 A selection of cocktails during the June 13 competition at Kawa Ni. 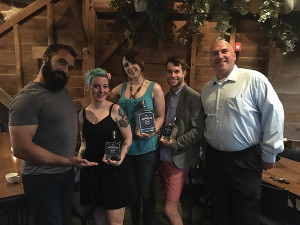 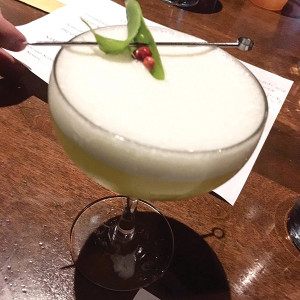 Kristen Mixter’s first place cocktail “Mind Your Peas & Q’s” featuring Boodles British Gin. The gin is distilled from British wheat and then infused with a number of traditional herbs and spices including nutmeg, sage and rosemary