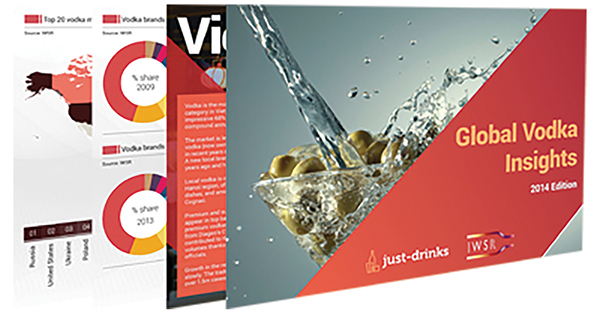 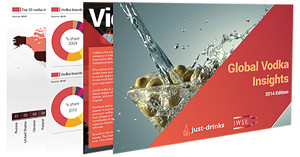 Worldwide vodka sales fell by 1.1% to 496.4m cases in 2013, hit by continued declines in Eastern and Central Europe, according to a newly released “The International Wine & Spirit Research (IWSR) Report.” However, the sector “continues to thrive” elsewhere, notably in the Americas and Asia-Pacific, where sales were up by 1.4m and 1.5m cases, respectively. The market research report on global vodka also forecasts that the category will return to growth, with IWSR expecting vodka sales to peak at just over 500m cases in 2016, before undergoing a “slight downward correction.” The IWSR also forecasts “unrelenting growth” in the United States, with the market predicted to reach 75m cases by 2018.