What to Expect: Low- and No-Alcohol Cocktails 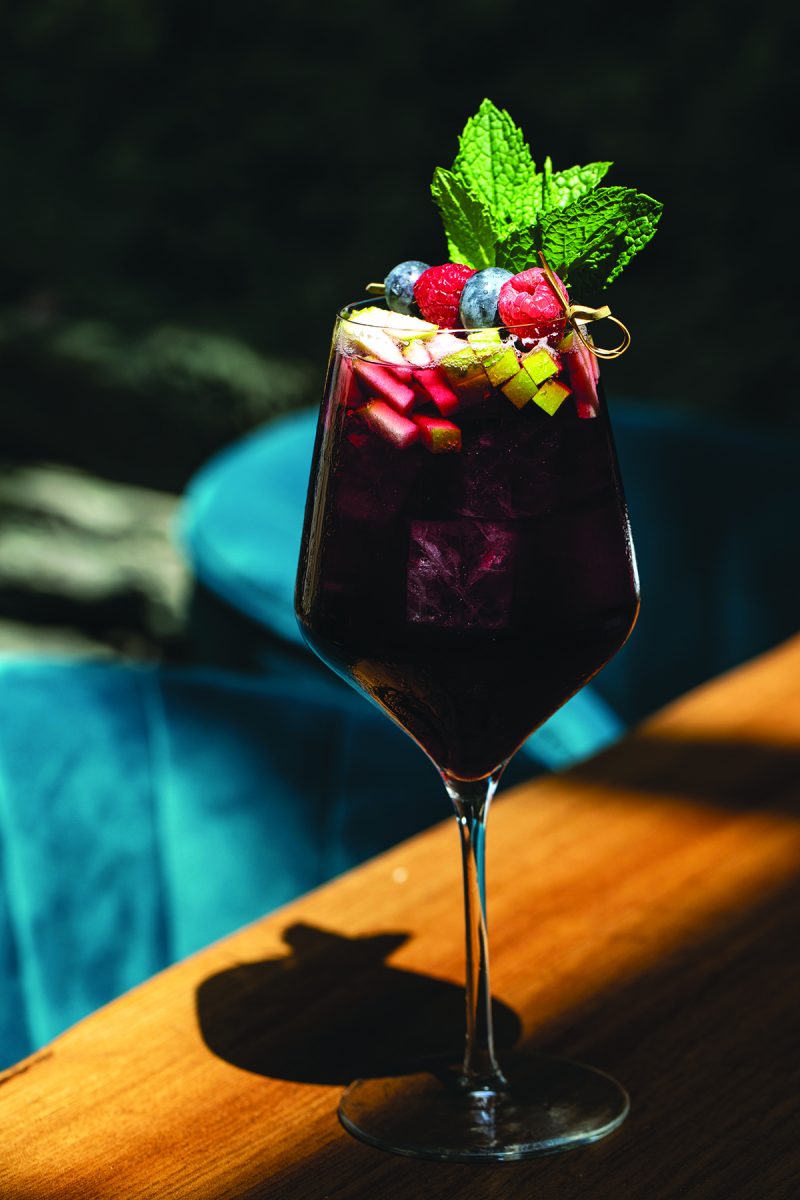 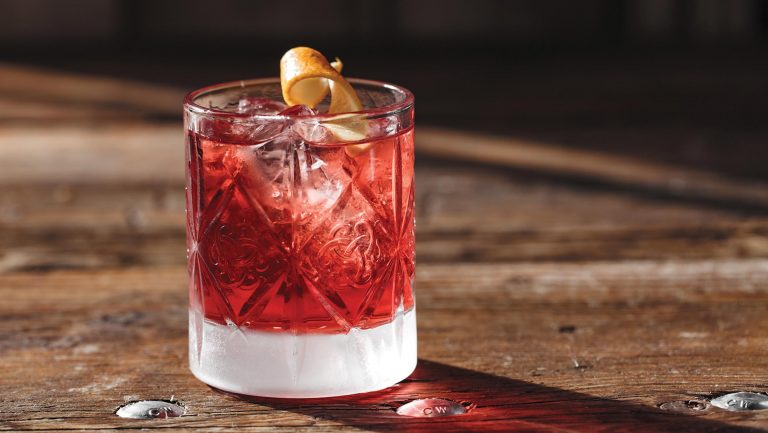 How Bars Are Embracing the Low- and No-Alcohol Trend

When William Grant & Sons threw its annual opening-night party at the Tales of the Cocktail conference in 2018, both headlines and head scratches were generated by the all-alcohol-free drink menu. As the company’s spirit portfolio ambassador, Charlotte Voisey, points out, the zero-ABV angle was an acknowledgment that many in the business were, for one reason or another, nondrinkers. “We wanted to support them,” she says, “in their decision that not to drink all the time was okay.”

But the party turned out to be predictive of what has since become a full-blown trend. And bars are not just offering more than soda and juice—we’re talking upscale no- and low-alcohol cocktails made with unusual ingredients and as much care as any craft cocktail.William Grant’s presentation of alcohol-free drinks at a bartenders’ convention is hardly the only proof that “proof free” is gaining ground in the industry. Efforts to create serious alcohol-free “spirits” for a mainstream market are multiplying.

Diageo’s Seedlip line—three botanical-driven nonalcoholic spirits—saw international volume growth of about 270 percent in the last year alone, and the company is testing the sector yet again with its recent investment in nonalcohol spirits producer Ritual Zero Proof. William Grant is currently testing its 0.5% ABV spirit Atopia in the United Kingdom; and in the U.S., Arkay has launched a veritable un-liquor cabinet of nonalcoholic cocktails and what the company is calling spirit-flavored drinks. 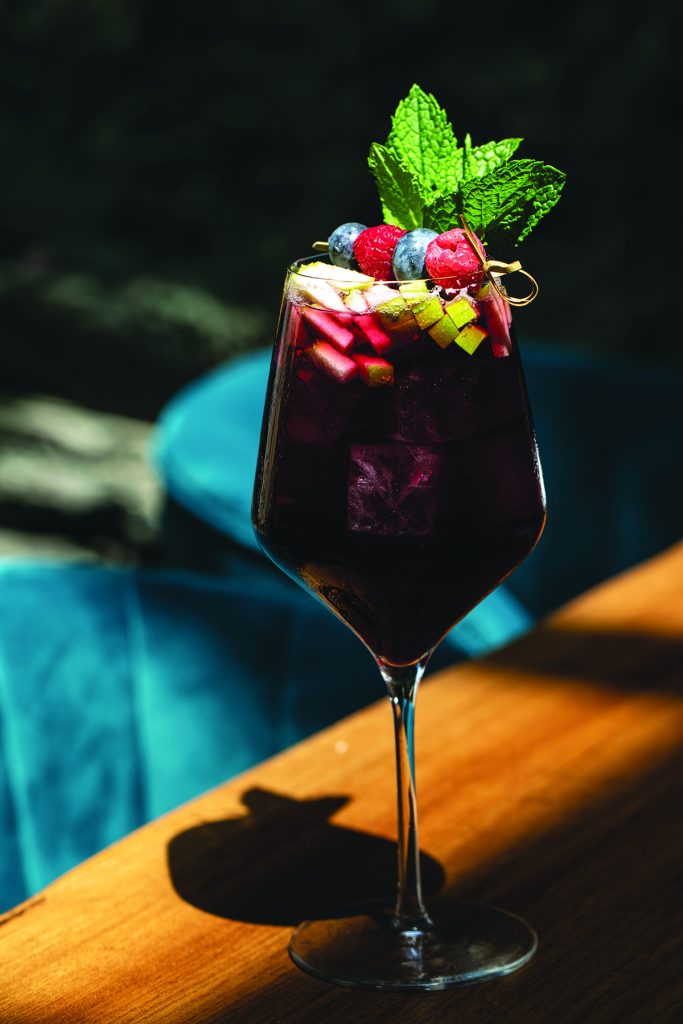 Lamia’s Fish Market Mermaid is representative of many high-end low/no-alcohol cocktails; it is artfully garnished and spiced. It is designed to be sipped, not quaffed.

Lamia’s Fish Market Mermaid is representative of many high-end low/no-alcohol cocktails; it is artfully garnished and spiced. It is designed to be sipped, not quaffed. In 2019 a new concept accelerated the no-low trend beyond one-offs and pop-ups: the “sober bar.” Bars like Getaway in Brooklyn, New York, have opened with extensive menus and no alcohol to be found. “Some of the sober bars haven’t had very sophisticated drinks,” says Getaway co-owner Regina Dellea, “so we wanted to focus on having ones that really taste good on their own and [are] not just recipes with the alcohol removed.”

In that vein, the bar’s Daters Gonna Date combines Medjool dates, peanut butter, lime juice, banana syrup, vanilla, macadamia nut milk, and Coco Rico soda.“I don’t think most areas are ready for a sober bar five to six days a week,” says Chris Marshall, who has run Sans Bar in Austin, Texas, as a weekend-only alcohol-free bar since May 2018; he took the concept on a nine-city tour this year. The bar charges admission, which highlights the main hurdle sober bars face—profitability without income from alcohol.

High-end restaurants, such as Kumiko in Chicago, are meanwhile paying attention and are adjusting their menus to offer sophisticated no- and low-octane options. Kumiko devotes multiple menu spots to drinks like the Umeboshi Swizzle (umeboshi plum, nasturtium vinegar, lemon juice, and Fever-Tree’s Mediterranean Tonic).

Julia Momose, who created Kumiko’s Asian-focused drink menu—with and without alcohol—has found that the only price resistance to “spirit free” cocktails has come from customers who are unlikely to order them anyway. But she does warn that good business practices still apply; labor costs to create and maintain winning recipes, especially with house-made ingredients, need to be kept in check, as do the costs of ingredients.

The audience sliver represented by the so-called new sobriety doesn’t, of course, command the attention that’s focused on the larger and growing audience of “mindful” drinkers, those with an interest in lower-alcohol beverages, especially among millennials—and especially in January, when wellness and belt-tightening (both dietary and financial) are top of mind.

Of course, eschewing standard 80-proof alcohol bases certainly does not limit bartender creativity—nor does it necessarily narrow margins. The proliferation of spritz menus in 2019 perfectly exemplified the ability of operators to create lighter cocktails without compromising on flavor, complexity, or visual appeal.

At several bars across New York, bartenders are now experimenting with flavorful zero-ABV bases like brewed teas and vegetable juices. Gaby Mlynarczyk of The Fat Radish, with locations in New York City and Savannah, Georgia, has created a carrot juice Aperol spritz that’s spiked solely with vanilla extract. The Loyal’s Amy Racine makes lemon verbena tea her base for a ginger- and lime-flavored cocktail.

Aperitifs clocking in under 40 proof—like Dubonnet and Lillet, in addition to Aperol—are prime drivers of low-alcohol concoctions. So are vermouths and (lighter) amaros, sherries and ports, even sakes and wines. Creating low-alcohol cocktails can be as simple as substituting a liqueur for a full-proof spirit, or transforming an Americano into a Negroni without the gin. 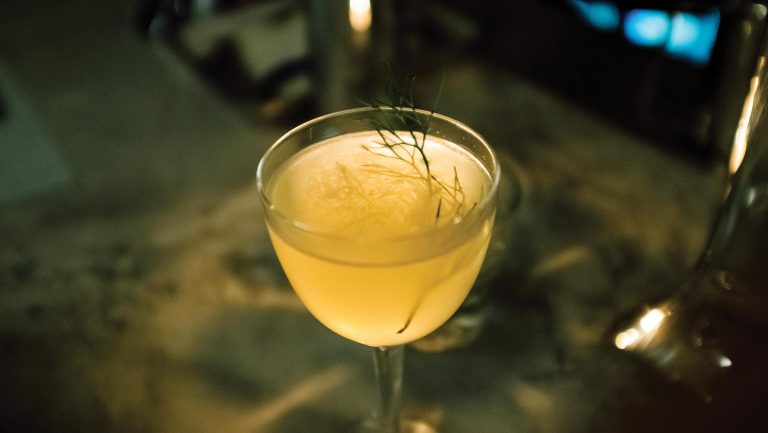 Lamia’s Fish Market, on New York’s Lower East Side, opened in mid-2019 with a Mediterranean menu, sea-inspired decor, and no hard-liquor license. But its range of 10 upscale cocktails—carefully developed by the owner, Lamia Fulti—have been a huge hit. Some play off classic cocktails—the One Too Many Margaritas is based on agave wine, mango, salted jalapeño, and lemon. Others echo the restaurant’s nautical theme—Beachfront Views is made up of sake, pineapple, orange, cinnamon, and lime.

The savory spritzer Basic AF combines rosé wine, watermelon juice, grapefruit, rosemary, and Champagne.Olga Ladna, Lamia’s manager and buyer, says that as the restaurant has developed into a vibrant dating destination, the cocktails have been a real bonus.

“People come, planning to have wine with dinner, but while they wait, they don’t hesitate at all to order a cocktail at the bar,” she says. “Sometimes two.” Indeed, if lower alcohol means more drinks are ordered, that’s a boost to the bottom line.Some suppliers are gearing up lately to catch the “less (alcohol) is more” wave.

At the end of 2019, Copper & Kings, the spirits specialist based in Louisville, Kentucky, delivered a limited edition of Mistelle—a “luxury dessert wine” made from Zinfandel—exclusively to media and influencers. But Mistelle looks like a brown spirit. It’s marketed like one, too, sporting a replaceable cork and a necker with recipes for an old-fashioned, a Manhattan, and a highball.

While lower-ABV liquids like vermouth, amaro, wines, and liqueurs are familiar elements in a mixologist’s toolbox, sake is increasingly being recognized as an ideal cocktail base. Joto Sake partnered with Kyle Linden Webster of the Expatriate bar in Portland, Oregon, to create a sake cocktail guide. The signature Joto Gimlet blends the company’s Daiginjo with fresh lime juice, simple syrup, and yuzu kosho (a Japanese condiment that combines yuzu citrus with green chiles). Like the best of these new-generation low-octane drinks, the drink is complex and creative, with a fraction of the potency.