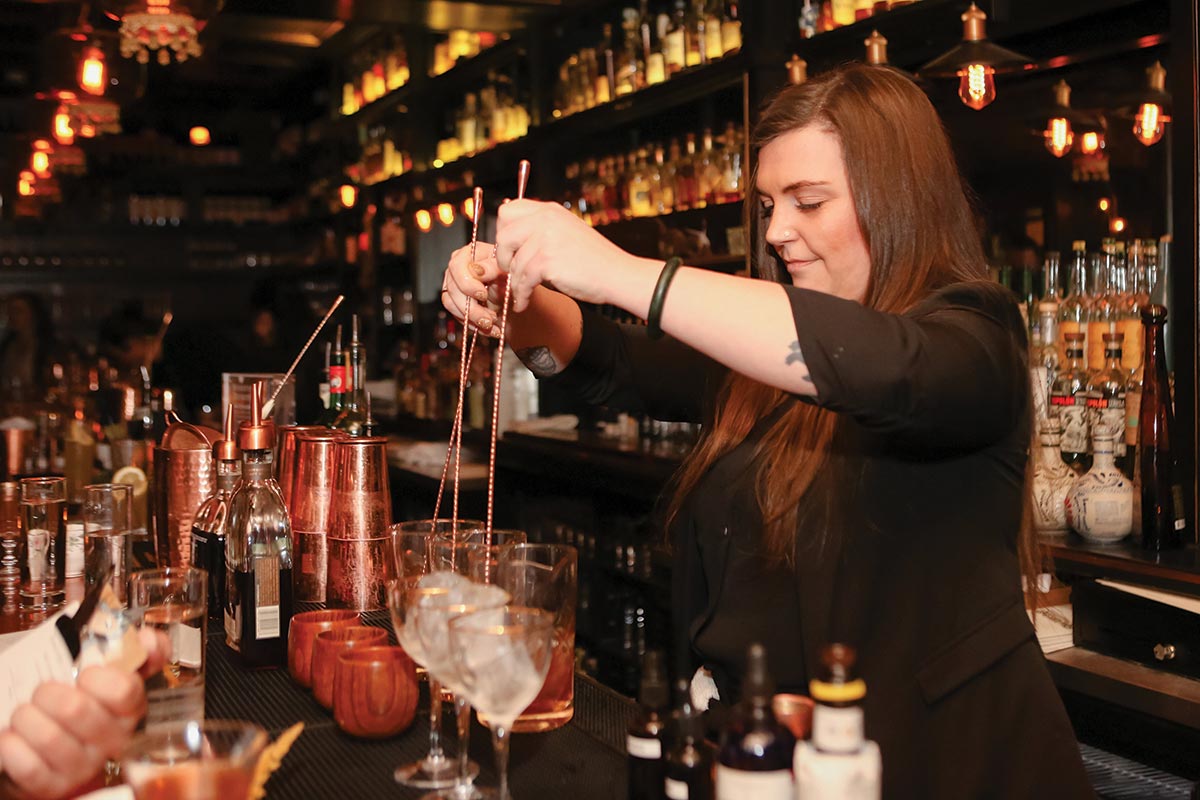 The Woodford Reserve “Manhattan Experience” hosted by Brown-Forman took place at The East End in Providence on March 25. Five local bartenders competed for the chance to be named state champion and move forward in the next round of the national cocktail competition at the Woodford Distillery in Tennessee. Competitors were required to make two cocktails: an original cocktail and a version of the Manhattan, both using Woodford Reserve Bourbon Whiskey. Competitor Kaleigh Speck took the 2019 title with her two cocktail creations. One of 39 semifinalists from around the country, Speck advanced to the next phase, a week of brand education and continued competition at the Woodford Reserve distillery in Tennessee from April 22 – April 25. The top six finalists from the Tennessee round are slated to compete for the grand prize at the finale event in New York City on May 20. 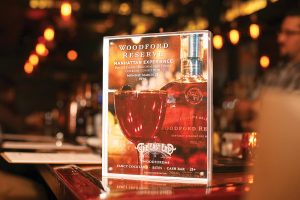 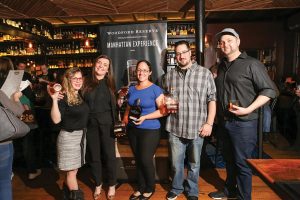 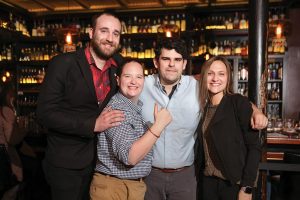 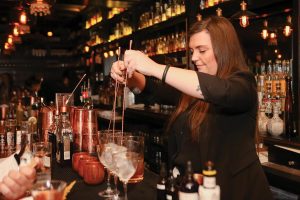 Winning bartender Kayleigh Speck mixing her first-round cocktail. She moves on to the next round to be held in Tennessee, where she will vie for a slot in the grand finale for the top prize: title of “Master of the Manhattan,” an all-expenses-paid trip to London and a feature on Liquor.com. 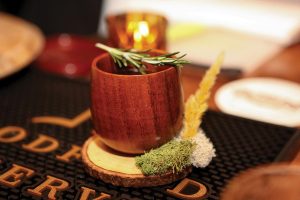 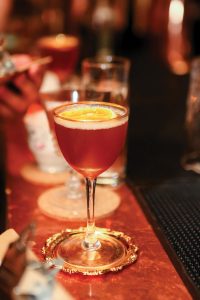 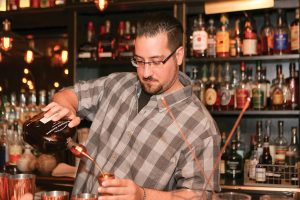 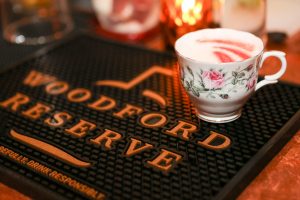 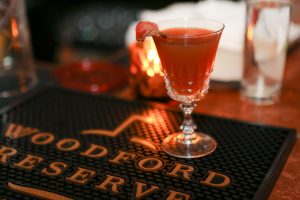 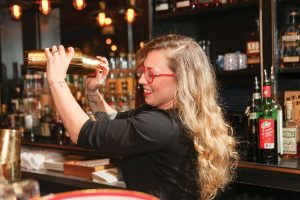 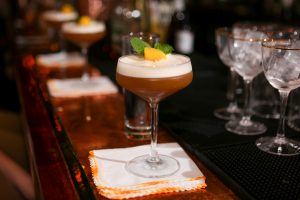 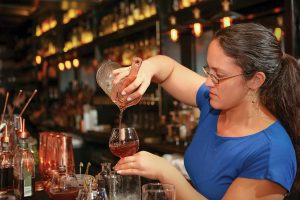 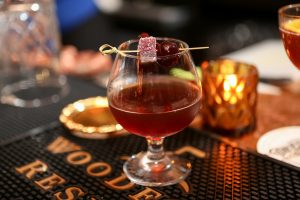 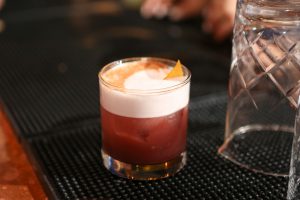 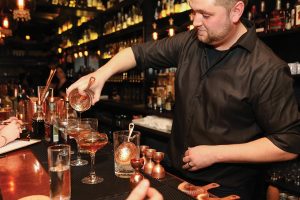 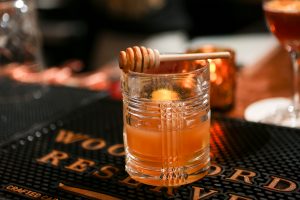 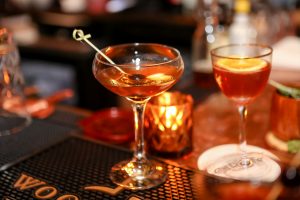