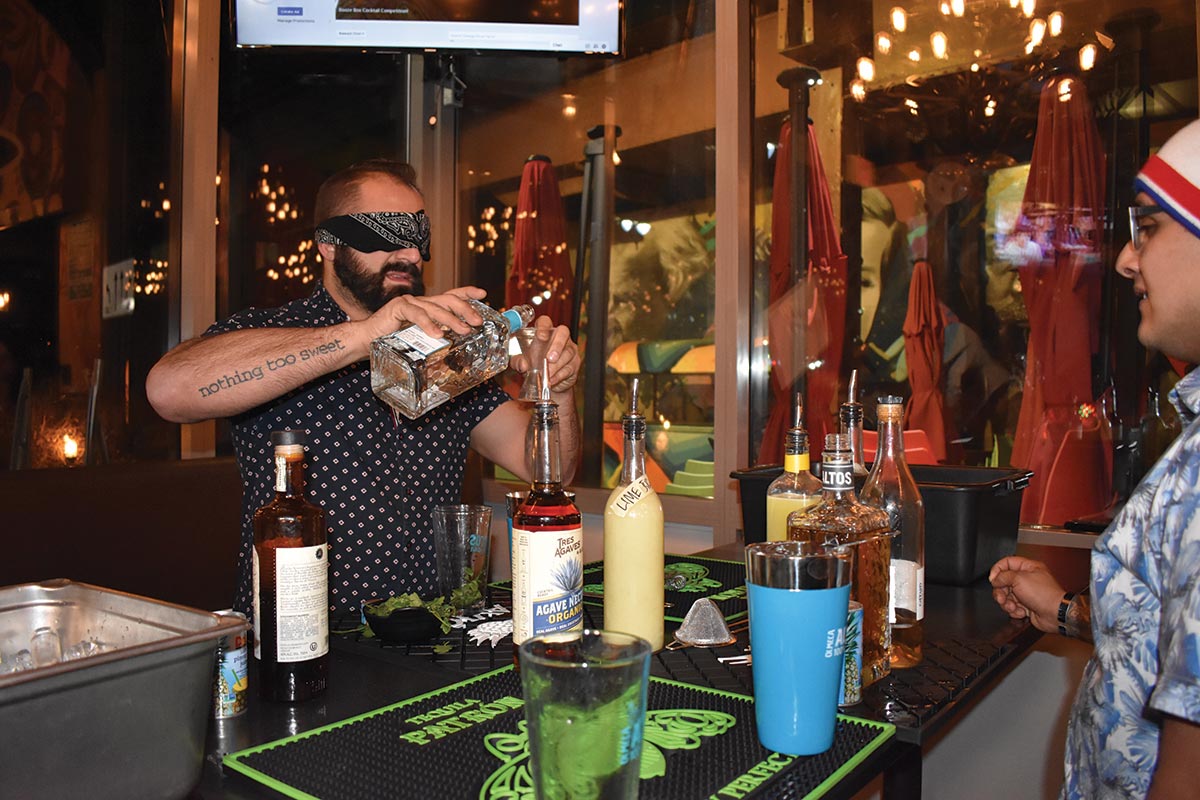 Hartford’s Chango Rosa, in cooperation with Connecticut Distributors, Inc. (CDI), hosted a “Booze Box” blindfolded cocktail competition featuring Olmeca Altos Tequila on January 28. Local bartenders paired up, with one bartender blindfolded as their teammate first walked them through a “Birdbox”-themed obstacle course to choose their ingredients, and then led them through making a cocktail blindfolded. Teams were judged based on timing and taste. The team of Jerome Daigneult of Marlborough Tavern and Mary Quinn of Bistro on Main took the win, with team Aaron Stepka and Dustin Amore, both of The Cook & The Bear, in second. 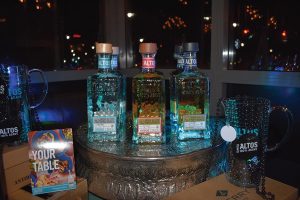 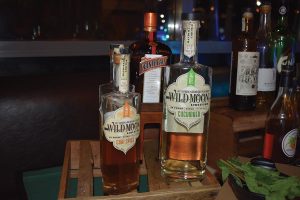 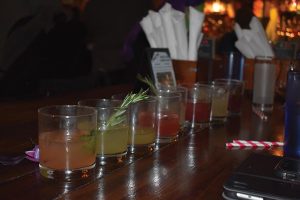 Cocktails created by blindfolded bartenders during the Booze Box challenge. 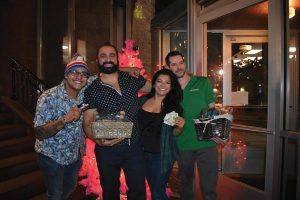 Dustin Amore and Aaron Stepka, both of The Cook & The Bear, placed behind first-place winning team Mary Quinn, Bistro on Main and Jerome Daigneult, Marlborough Tavern. 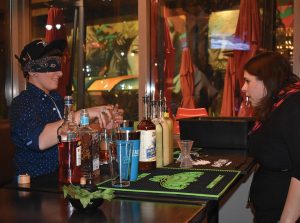 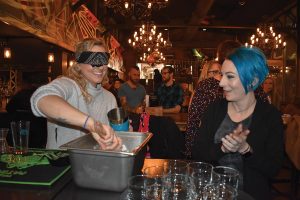 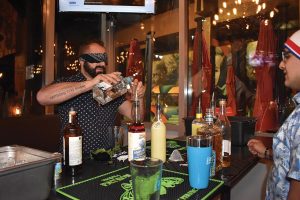 Runners-up Aaron Stepka and Dustin Amore, both of The Cook & The Bear. 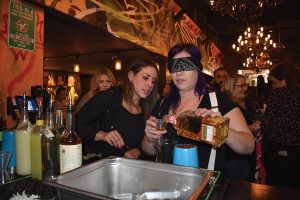 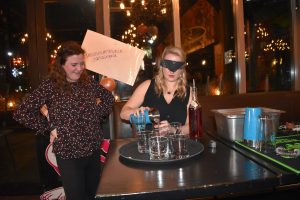 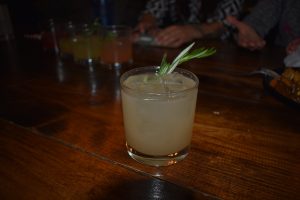 A cocktail created during the Booze Box competition. 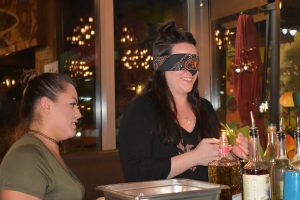 Stephanie Cohen and MeKayla Roy, both of Zohara Mediterranean Kitchen. 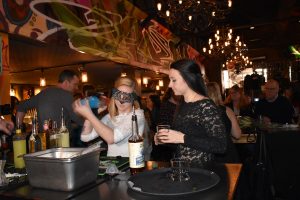