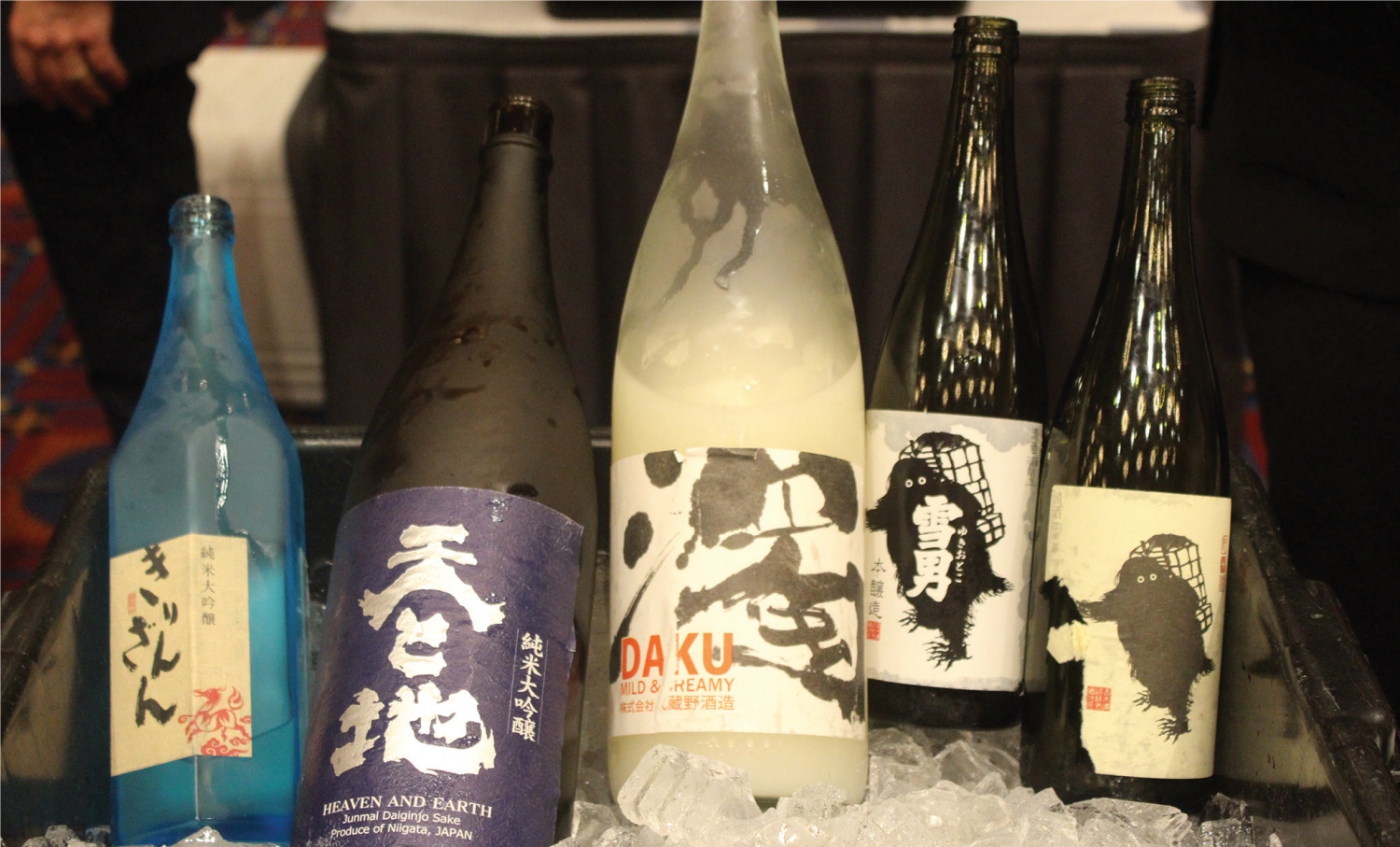 Much of the growth in sake sales in the U.S. is in premium styles, typically served chilled. The fact that many Americans are still unfamiliar with sake creates opportunities to promote it as its own beverage—distinct from beer and wine.

Wine and spirits are notorious for long-held beliefs that deserve debunking—some of them seemingly over and over. Here is one that does not get enough exposure: Sake is “rice wine.” No, no, no. 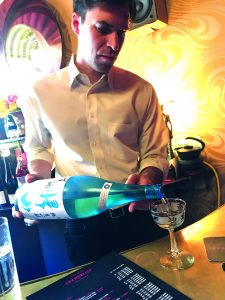 Service can be creative, as at Chandelier, a sake bar in Portland, OR, that uses small coupe glasses.

Let’s set the record straight: Sake is not in any way, shape or form a wine—most glaringly because it’s made from grain, not fruit.

And in the case of the “sake = rice wine” myth, it is not just a semantic argument. The distinction underlines a fundamental difference in how the product can be stored and served. In short, sake lasts longer. Way longer.

So, beverage managers needn’t worry if they’re not able to sell a bottle’s worth of sake pours in the space of a week. And not embracing sake as its own beverage is keeping many licensed sellers from realizing its potential.

An on-premise account can keep generating revenue from an open bottle of sake long after the point you would have to dump out an unfinished wine bottle.

In a city like Portland where sake thrives, bars and restaurants offer single servings of most of their brands. But Portland is the exception. Typically, even in large metropolitan markets, restaurants may have one or two house sakes by the glass and the rest in 720- or 300-ml bottles.

Those bottles can give many guests sticker shock, especially if they’re not sake connoisseurs (most aren’t) and merely sake-curious (most are). A 720-ml bottle of a junmai daiginjo sake often can run upwards of $70 on-premise.

With bottle prices potentially daunting, the best way to get guests to try sake—especially they are unfamiliar with it—is to offer it by the glass. Guests will be more inclined to spring for bottles to
share with their drinking/dining companions if they’ve already enjoyed a low-risk glass of the stuff. And it’s more likely to drive subsequent sales of the same brands off-premise. 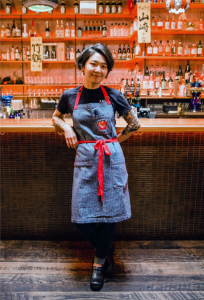 Pakiser notes that it’s more economical for servers to pour single servings from the large, 1.8-liter sake bottles and save the 720s for full-bottle sales. Though it’s common and perfectly acceptable to serve sake in wine glasses, Pakiser steers his customers away from that practice—mainly as a pricing strategy.

“You want to keep your price point [per glass] between $8 and $12, pouring four ounces into a glass,” he says. “If you put four ounces into a wine glass, it looks like you’re ripping the customer off.  A rocks glass or a tumbler or something like that holds four ounces more comfortably.”

Glassware is clearly flexible, however,  Washington, D.C.’s Daikaya offers 5.5-ounce pours from their extensive sake list in wine glasses and Beverage Director Monica Lee says there haven’t been any issues with it.

Also benefiting  Daikaya: written material that helps  educate and put guests at ease. Beefing up Daikaya’s sake book was one of Lee’s first orders of business when she took over last May.

“It used to be a one-page, folded booklet, front-and-back with no tasting notes, no distinguishing descriptions—it was just here’s the name of the sake and here’s the price,” she says. “People who don’t know anything about sake look at it and think, ‘this is literally a different language for me. Since we have so many sake, we provide descriptions for all of them and that seems to help sell a lot more sake.” 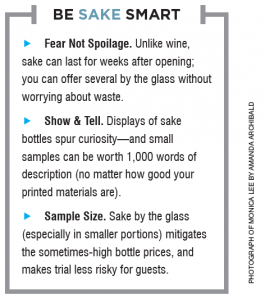 Education is even more critical for staff.  “It’s kind of stating the obvious, but make sure the staff is educating and tasting it as much as possible,” says Lee. “I encourage people behind the bar to  taste as much as possible. The more you know, the better you can talk about it and the more confident everyone’s going to be in selling it.”

Jeff Cioletti, a certified Kikisakeshi (sake sommelier), is the author of the just released SakePedia, A Non-Traditional Guide to Japan’s Traditional Drink (Turner; paperback, 304 pages, $16.99). The book is an excellent resource covering how sake is made, general sake types, specific producers and bottlings, and sake’s remarkable history, from B.C. to current day.