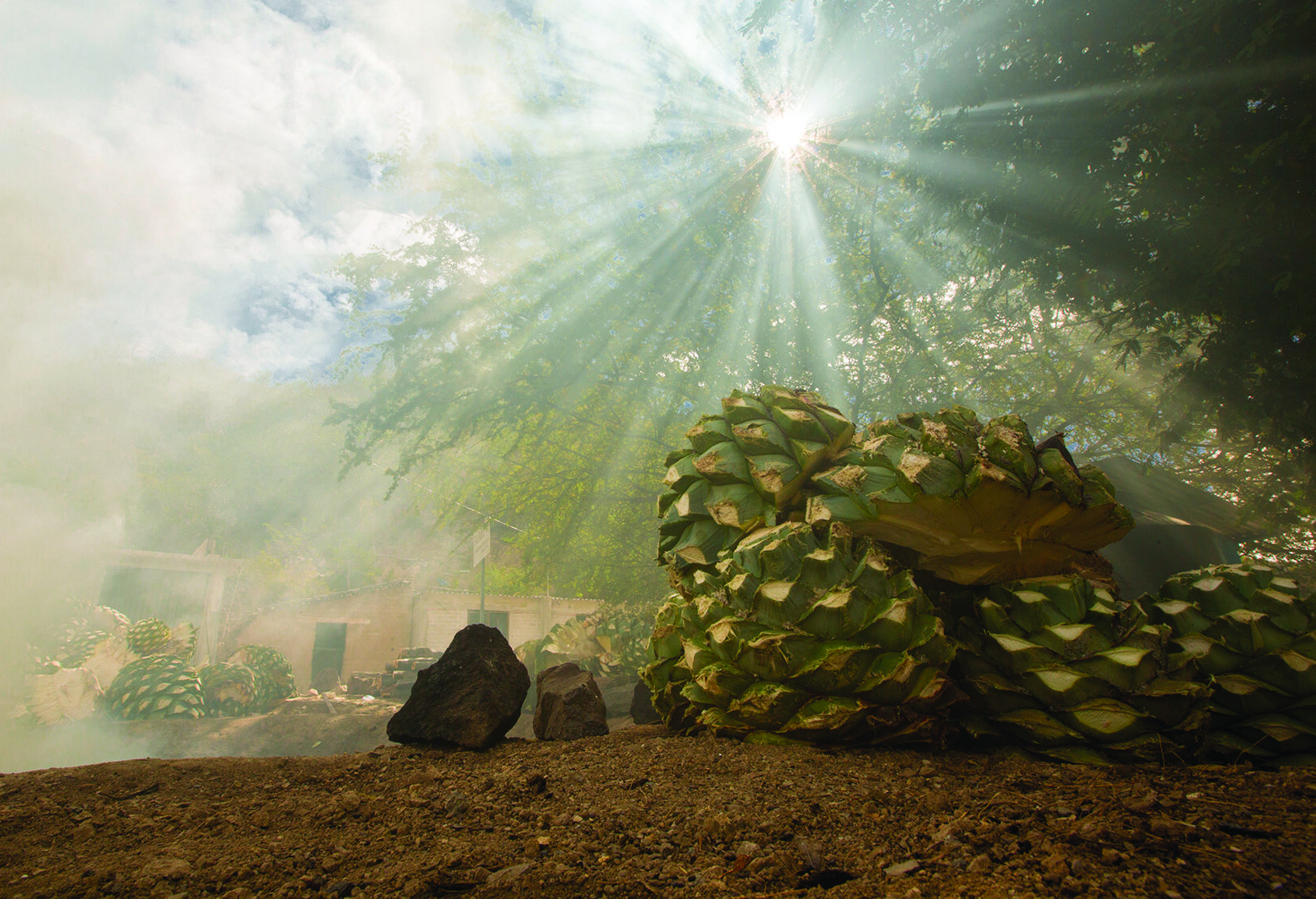 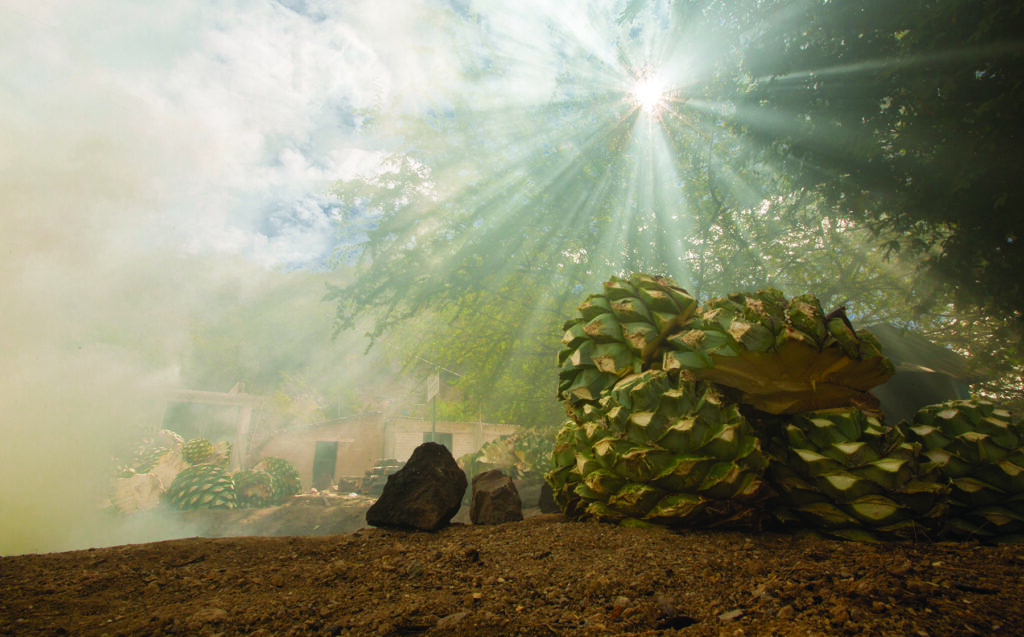 As demand for mezcal surges, producers take stock of the challenges—and opportunities—that lie ahead

If it seems like mezcal is everywhere these days, it’s because it is. The spirit has gone from niche to impact player in the span of a decade, and the numbers back that  up.

The latest data from the Distilled Spirits Council of the United States shows that the combined agave category, incorporating tequila and mezcal, grew 30.1 percent in sales value, or $1.2 billion, between 2020 and 2021. With $5.2 billion in sales, agave ranks ahead of American whiskey and behind only vodka in the U.S. All of this growth isn’t mere happenstance; within the past five years, every major spirits industry player has waded into mezcal’s smoky waters.

In 2017, Pernod Ricard announced a majority investment in Del Maguey, and in 2020, they announced a partnership with Ojo de Tigre Mezcal. Bacardi acquired a minority stake in Ilegal Mezcal in 2017; Sazerac launched Los Vecinos del Campo Mezcal in 2018; Constellation Spirits acquired a minority stake in El Silencio in 2019, and in 2021, made a minority investment in Dos Hombres Mezcal. Diageo’s Casamigos Tequila branched out into a matching mezcal brand in 2018, and Diageo has made acquisitions of or partnerships with Sombra Mezcal, Mezcal Union, and Pierde Almas. Campari acquired a majority stake in Montelobos Mezcal in 2019, and most recently, in February, Heaven Hill acquired Samson & Surrey, a craft portfolio including Mezcal Vago.

Consider when looking at all of these investments: From how long agave takes to reach maturity in the fields, to the way it’s traditionally harvested and distilled in small batches reflecting micro-terroirs and the particular quirks of one family’s methods or another village’s equipment, the production of mezcal is intrinsically different from other categories.

The way the industry’s top producers are laying the foundation for sustainable growth today — or not — will go a long way towards determining the fate of the product and its producers, along with the relative quality and authenticity of what consumers are purchasing in the next decade and beyond. 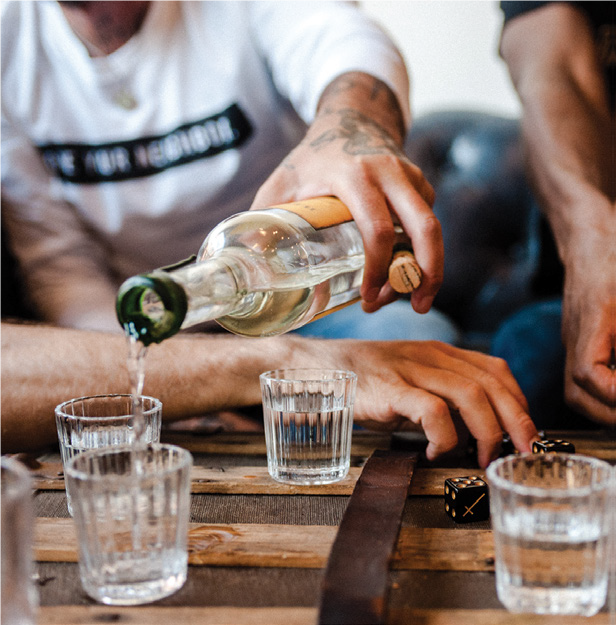 Challenges in the Field

A supply shortfall in whiskey, for example, stems from aging time required. For mezcal, the time bottleneck occurs in the field, where certain agave varieties may take 15 or 25 years to reach maturity.  “The challenge arises when a brand is facing this type of rapid growth, and the bulk of their productions relies on wild or rare agave variations,” says Carlos Ochoa, the COO and director of field operations for El Silencio.

“Wild agaves such as Tepeztate, Tobala, or Quixe cannot be cultivated, or even semi-cultivated.” Even Espadín, a type of agave that accounts for about three quarters of mezcal production, takes seven years to reach maturity. There’s no shortcut around the fact that sustainably scaling up mezcal production is a process measured best in decades, not harvest seasons, as may be the case for barley, corn, or sugarcane.

Further, in the rush to increase production, almost no cultivated agave is allowed to reach maturity and flower, minimizing natural  reproduction and genetic diversity. There are industry-led movements to help combat this, such as the Bat Friendly Project which promotes allowing a minimum of five percent of agave fields to reach maturity and be cross-pollinated by bats, as they would naturally. However, the category is already risking moving towards vast monoculture fields of Espadín, leaving slower-maturing and wild-harvested agaves by the wayside, and putting Espadín itself at risk, as a single bug could wipe it out.

Homogeneity is against the very nature of mezcal, a spirit which shines brightest when its boundless differences are showcased and celebrated. “The risk in scaling an artisanal spirit is then having to remove the artisanal aspect of its production,” says Beau du Bois, the bar director at Puesto in San Diego, where he oversees a collection of 100 tequilas and 80 mezcals.

“Seasoned mezcaleros are passionate about the variety of flavors resulting from the fermentation process of mezcal. Variety is the keyword there.” John Rexer, founder of Ilegal Mezcal, says that being good stewards of the land is the responsibility of those in the industry, as is exerting pressure on other producers to do so. For Ochoa, one way to do that is by only producing what a field is capable of from year to year. If that means their Tobaziche and Mexicano agaves yield 200 liters instead of 7,000, so be it. “We don’t believe in sourcing our wild agaves from other, third-party farmers as this will ultimately drive up the demand on [these] species,” Ochoa says. 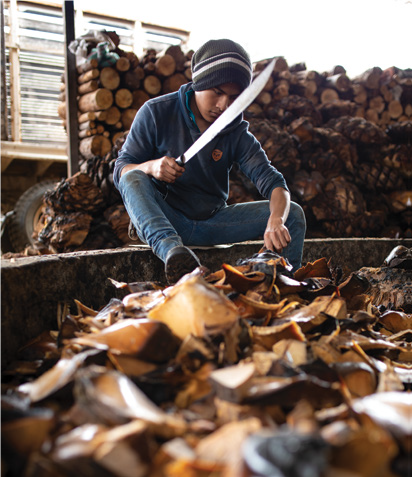 A small part of the intensive process to craft Mezcal Vago.

“Our challenge as an industry, not only for Del Maguey, is to work with local communities and stakeholders to be able to expand the mezcal category while preserving the level of quality and craftsmanship and ensuring sustainable practices towards agave growing and production,” says Daniela Via, the global brand director of tequila and mezcal for Pernod Ricard.

Scaling practices in this way is easier said than done as producers move from the field to the palenque, with processes ranging from roasting and fermenting  agave to distillation itself. “I believe it’s possible but it requires a brand to continue to redirect a high percentage of capital back into the production process,” says du Bois. He calls for producers to focus on making a better product, not a cheaper one, while redirecting that capital investment into the producer’s hands.

Elevated prices can actually be a tool wielded to benefit the entire supply chain. “We charge a premium price in the market so that good wages and maintenance of artisanal production are possible,” says Rexer. He believes small batches can be replicated in number, rather than grown in size, while maintaining quality and tradition. “Small batch distillation on the surface seems restrictive, however, one can have many small stills, many small tahonas, and many pit ovens in order to scale,” Rexer adds.

“The key to it all is making sure there are caring people involved who maintain attention to detail through the process, from harvesting the agave all the way through cooking, fermentation and distillation.” For Del Maguey, a producer that emphasizes single-village production, expanding the breadth of its product line is possible, but expanding the production of individual products may not be. Their planned growth, according to Via, stems from partnerships with additional palenqueros.

At El Silencio, Ochoa says the preservation and protection of processes starts with investment before growth. “Most of the time, mezcal brands start small and begin scaling up as the company grows,” he says. “We actually started ‘backwards’ and invested from the beginning into the infrastructure that we knew we would need five to 10 years down the road.”

Ensuring Producers Are Empowered and Paid

What has been playing out in mezcal is a retelling of a same, tired story—the one in which large, foreign companies reap the bulk of the profits while the actual  producers are left with the scraps. However, there are legitimate avenues being pursued by brands interested in putting their money where their mouth is.

“Most commonly, mezcals are made by third-party producers who then sell their finished goods to a larger company in the U.S., or anywhere in the world,” explains Ochoa. “But what about the people who are creating your mezcal? How can you make sure your producers and the people who work on your brand are taken care of? That’s the million dollar question right there, and this is a very intensive topic that requires a ton of context.”

For El Silencio, that has meant bringing their production in-house. “This is the only way you can make sure that your partners are properly supported, and by taking a hands-on approach,” says Ochoa, pointing to Silencio’s working conditions, livable wages, and overall employee quality of life. It’s not as if growth is a bad thing, as long as the right people are benefiting. “The first thing to overcome is the myth that Oaxaca and people in other mezcal regions don’t want the category to grow,” says Rexer. “The challenge for all involved is how do you do this in a way that is sustainable economically as well as environmentally.” 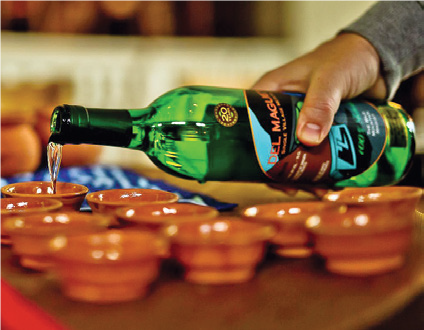 Whereas El Silencio operates from their own facility, and Del Maguey has numerous partners in different areas, Ilegal Mezcal has partnered with two distillers in Oaxaca over an extended period. “They are committed to making artisanal mezcal and employing people from their communities,” Rexer notes. “They are also committed to paying higher-than-average wages and working to make their production process as environmentally sustainable as possible.”

Rexer measures success not in cases  sold, but in the quality of life for their partners’ employees in terms of how much they’re paid, projects within the community, and environmental initiatives.

“Yes, there are multinationals in the game, and like any business, there are certainly those where a disproportionate amount of the reward unfortunately moves in one direction,” he says.

“But there are many small brands, local and foreign-owned, that work to see that meaningful profits stay in the local economy. In the end, healthy expansion is going to require taking the responsible long view on the part of individual brand owners.”

The onus falls on the brands, surely, and on buyers, consumers, and the choices they make. “Your dollar is your vote, and transparency is key here,” says Ochoa. For du Bois, the ultimate answer is simple enough on its surface to be maddening. “Give the money to the producers!”