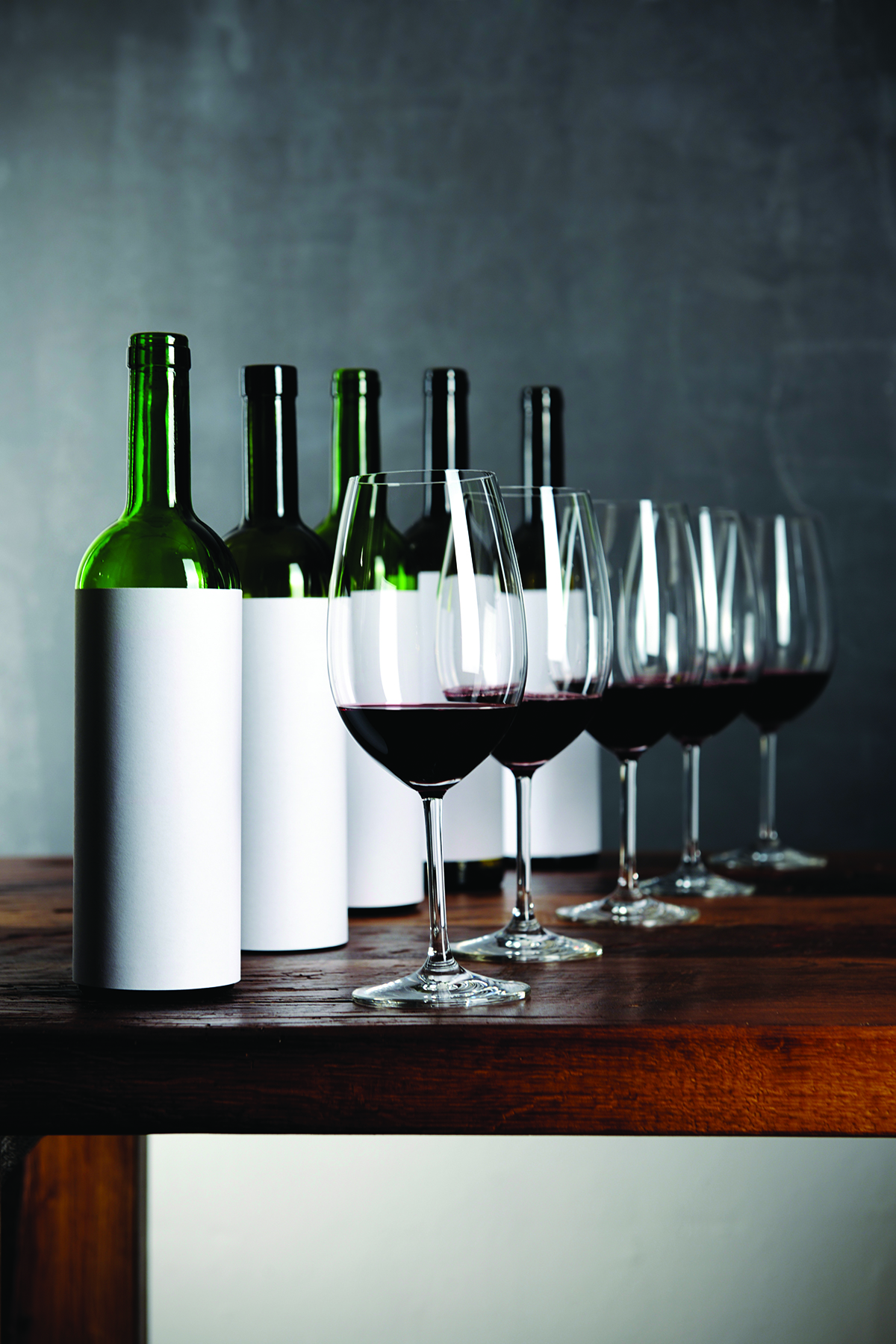 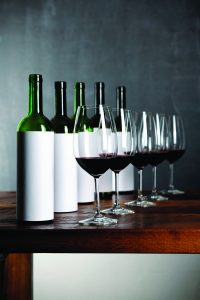 Consider the spittoon. It’s never been the most pleasant element of wine tasting. But dangerous?

Until there is a vaccine for COVID-19, large drinks industry tastings are fraught with public health risk. It’s actually hard to imagine a less safe activity than hundreds or even thousands of people talking loudly to each other in close proximity in enclosed spaces, after swirling and spitting liquids into shared spittoons. At a paper products or industrial machinery fair, it’s possible to arrange masked and distanced meetings around a new line of farm equipment. Not so when evaluating wines and other drinks.

“We canceled our annual wine show as have all of our competitors because no one really wants to sample or be that close to another person,” says Corey Bronstein, senior vice president and general manager of New Jersey-based Allied Beverage  Group.

Major wine fairs worldwide have been called off since the beginning of the pandemic, and all indications point to the cancellation of most portfolio tastings or large-scale wine, spirits, and food events in the U.S. until at least the end of 2020. What happens beyond that? And what can replace these valuable interactions between producer and buyer?

Judging by the number of people who declined to comment for this article, it’s safe to say that very few importers, distributors, and event organizers know what the future will look like for large scale tastings and festivals. “It’s the million dollar question, isn’t it?” one event organizer responded.

With different cities, states, or countries establishing different rules and guidelines, the work for organizers is exceedingly difficult. “At the moment, the uncertainty of constantly changing regulations and guidance and interpretation of metrics and risk tolerance create a broad range of possible long-term outcomes for wine events,” says James Tidwell, Co-founder of the Texas-based wine education event TexSom, whose August 2020 sommelier conference was canceled in late June.

“Right now, four months seems like a long time away,” says Patrick McAteer, Texas statewide fine wine manager for Republic National Distributing Company, whose fall consumer tastings have all been put on hold. “It remains to be seen what the attendance levels could be. How many people would want to come? How many would rather stay away?”

Meanwhile in Europe, after COVID-19 cases dropped significantly in the spring and stabilized in the summer, there is cautious optimism around some upcoming wine events.

Guía Péñin, the main Spanish wine guide, is working to hold its yearly Top Wines from Spain show, scheduled for October 26 and 27 in Madrid. Some 400 wineries and thousands of visitors are expected. Mar Mirón, the director of communications for Guía Péñin, insists that final decisions will come in September, depending on the health and safety guidelines established by the venue and the local and national governments.

“The great majority of the clientele is from Spain, so that’s easier to manage,” says Mirón.  Guía Péñin did cancel an event planned for New York City in the fall, largely because producers were unwilling to cross the Atlantic, but those same producers are desperately hoping the Madrid event is a go. “Wineries really need to sell wine, so fingers crossed,” Mirón adds. 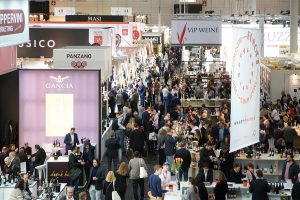 ProWein in Düsseldorf is the world’s leading annual trade fair for wine and spirits, and is the largest industry platform for professionals from viticulture, production, trade, and gastronomy. Mid-March, about 7,000 exhibitors from 60 nations showcase their products there. In 2019, ProWein celebrated its 25th anniversary.

Beyond crossed fingers, contingency plans are also in development. Michael Degen, executive director for the Domestic Trade Fairs Division of Messe Düsseldorf, the massive venue that hosts ProWein every year, says options being considered include using a greater number of halls to make distancing easier. Final decisions about the March 2021 edition and its various components will be taken about six to eight weeks before the actual date. “In Germany, we are optimistic that we will be able to set up ProWein more or less as it was before. What will it be like next March? No one knows. The hope is that things will keep improving,” says Degen.

With the pandemic situation currently more dire in the U.S., importers and distributors have been relying on virtual tastings and events to reach the trade and consumers. 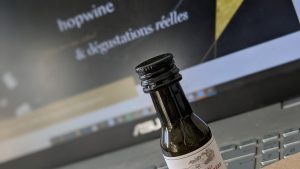 For companies who have implemented them, virtual tastings can be effective, particularly when participants have the wines on hand to taste during the online event. However, with only dozens of people involved at a time, notes Allied’s Bronstein, they’re far from a replacement for events drawing hundreds of sommeliers and retail buyers at a time.

Isabelle Legeron, founder of Raw Wine, which holds fairs in cities like London, Berlin, Montreal, New York, and Los Angeles, is looking to find ways to leverage the event’s “large digital footprint, with over 50,000 unique visitors a month using our website.” However, there are limitations, she says: “Natural and low-intervention organic and biodynamic wines can change profoundly from year to year, meaning their tasting profiles can be totally unique, so tasting and understanding the vintage is really important, and this is the hardest part to make work digitally.”

Is it possible to scale from dozens to hundreds in a virtual wine event? That’s the idea behind Hopwine, a virtual wine fair held for the first time in May. Tyméo, a Bourgogne-based PR agency, teamed up with Lyon’s Vinovae, a company that created a proprietary system to safely repackage wines in 20-milliliter samples that can then be easily shipped anywhere. “We’d been toying with the idea for a few years, but things got busy, so we kept putting it off,” says cofounder Mathieu Lojkiewiez. “And then when everything blew up, we figured it was now or never.”

Hopwine put up a website in early March and quickly saw registrations from wine producers start to build. “We stopped at 150 producers, because of the logistics involved in repackaging and sending samples, and turned down about a  hundred more,” says Lojkiewiez. “Then we had over 3,000 visitors during the week of the virtual fair [May 18-25]. We selected 700 people who seemed like serious buyers—about half from France and half from other countries including the U.S., Canada, China, and the Philippines—and connected them with the producers. “We can’t replace physical wine fairs, but we can deliver a solid first contact,”  Lojkiewiez reasons. “As an event organizer, if physical wine fairs were my only revenue stream, though, I’d be worried.”

Scaling Back (For Now)

In the short run at least, not everyone believes big tasting events are absolutely  essential to keeping the industry running.

“To be honest, it’s a minor inconvenience compared to what our brothers and sisters in the restaurant industry have been going through,” said Harmon Skurnik, president of New York distributor Skurnik Wines. “On a temporary basis, it’s not that much of a missing piece. I’ve been going to Vinitaly every year for the last 20 to 25 years, and it’s a great opportunity, but if I don’t go, or if I don’t taste out of barrel this year, I’ll survive. I can still do business. If the lack of large tastings becomes the new normal, we’ll need new ways of working, but I don’t think that will be the case.”

Currently, explains Skurnik, many retailers don’t even want a sales rep to come in their store, so anything large scale is at best speculative. “At our office in New York City, we have a bar where we regularly hold tastings, with clients coming by and visiting producers as well. With adjustments, that format would resume well before trade tastings return. But even for that, we don’t have a plan at this point and we’re not in any hurry,” he says.

Adjusted expectations will help, too. “We used to get annoyed at a six or seven minute wait at the really cool coffee shop. Now, we’re just happy we can get a cappuccino,” says Lauck. “Maybe in the current context, buyers would be satisfied with a 20 minute block of time to taste 20 wines from a particular region.” Timed entry is something Legeron and her team are considering for Raw Wine, as well, to avoid having everyone on site at the same time.

In the longer term, once the medical crisis abates, Legeron is confident that “we will return to a traditional way of tasting wine during festivals and fairs. There is a unique atmosphere that gets created during these events, with so many people you know gathered in one place, and that is part of the vibe and the buzz. It is also a very effective way of working.” As ProWein’s Degen puts it, “There is such a strong desire to meet again that we’ll have to find a way to do it.”