Back to Basics: Canadian Whisky 101 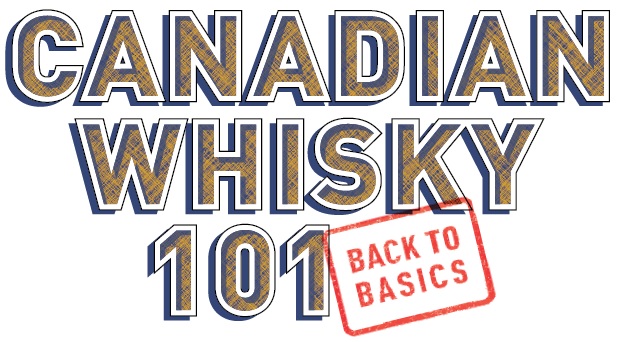 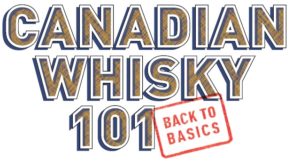 Time to set the record straight about Canadian whisky (Canadians, like the Scottish, leave out the ‘e’), one of the most misunderstood categories in all of spirits. And calling it a “category” doesn’t do it justice, as, stylistically, whisky made in Canada can be a lot of things and is not easily pigeonholed. Fortunately, people are starting to get a bit better acquainted with Canada’s finest, as the market on the southern side of the border is starting to experience a surge. This is an important time to consider
Canadian whisky options.

Because the category as a whole is already well established, recent innovations in the direction of rye-focused bottlings, flavor infusions and ultra-premium offerings should merit the attention of a solid audience.

Where Is It Made?

The initial distillate destined for Canadian whisky need not be distilled in Canada. In fact, U.S. laws encourage the inclusion of American spirit in the mix. For a product to be called “Canadian Whisky,” it must be aged for at least three years in barrels within Canadian borders.

What Is It Made From? 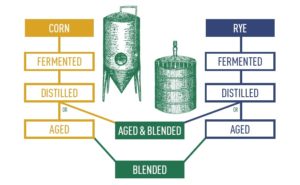 Unlike the producers of many other types of whisk(e)y, such as American rye or bourbon, Canadian distillers are not constrained by mash bill mandates. Where bourbon must be at least 51 percent corn and American rye at least 51 percent rye, there’s no similar stipulation for Canadian whisky. Rye often has been among the grains used in the spirit, but it’s often played a supporting role. As consumption of rye whiskey has exploded in recent years, a number of Canadian distillers have been making more rye-forward whiskies.

There’s a common myth that U.S. Prohibition helped put Canadian whisky on the map, but the opposite is actually true. The Canadian market suffered greatly from its America’s abstinence, as its southern neighbor had been the largest market for the product when it was legal. And that business vanished virtually overnight. Bootlegging certainly was happening, but the illicit business was minuscule
compared with the legitimate trade that had suddenly disappeared.

Another key distinction is the manner in which the grains are distilled. In most other whisk(e)y producing countries, when the spirit’s mash bill includes multiple grain types, they’re blended at the grain level. In Canadian whisky, each grain is fermented and distilled separately and then blended. This is why in Canada the Master Blender is considered a higher title than Master Distiller.

So, for instance, a Canadian distiller would make a whisky that’s 100 percent rye, one that’s all corn, another that’s all wheat and one more that’s all barley. Those spirits are then blended, usually after a period of maturation, sometimes before (Canadian Club is a notable exception that’s blended pre-maturation). The rye has much more influence on the overall flavor profile when blended at the spirit level.

How Is It Aged? 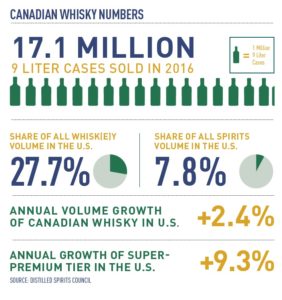 Some mature in new oak. Others age in previously used barrels, including those that once contained Bourbon, other whiskies, Sherry or Port are also used. It all depends on the desired flavor profile.

Maple as a flavor is naturally associated with Canada, and it happens to work quite well with whiskey. Some are finished in toasted maple-wood barrels; these benefit from the fact that maple has very little tannic acid, reducing harshness. Others are blended with a dash of pure maple syrup, for a more over flavor.

Time to put the notion of Canadian whisky as “brown vodka” in the past.

More than two-thirds of Canadian whisky is exported to the U.S.

Interested in learning more? The definitive resource of the spirit is Davin deKergommeaux’s “Canadian Whisky: The Portable Expert.”