Bar Management: Balancing The Back Bar 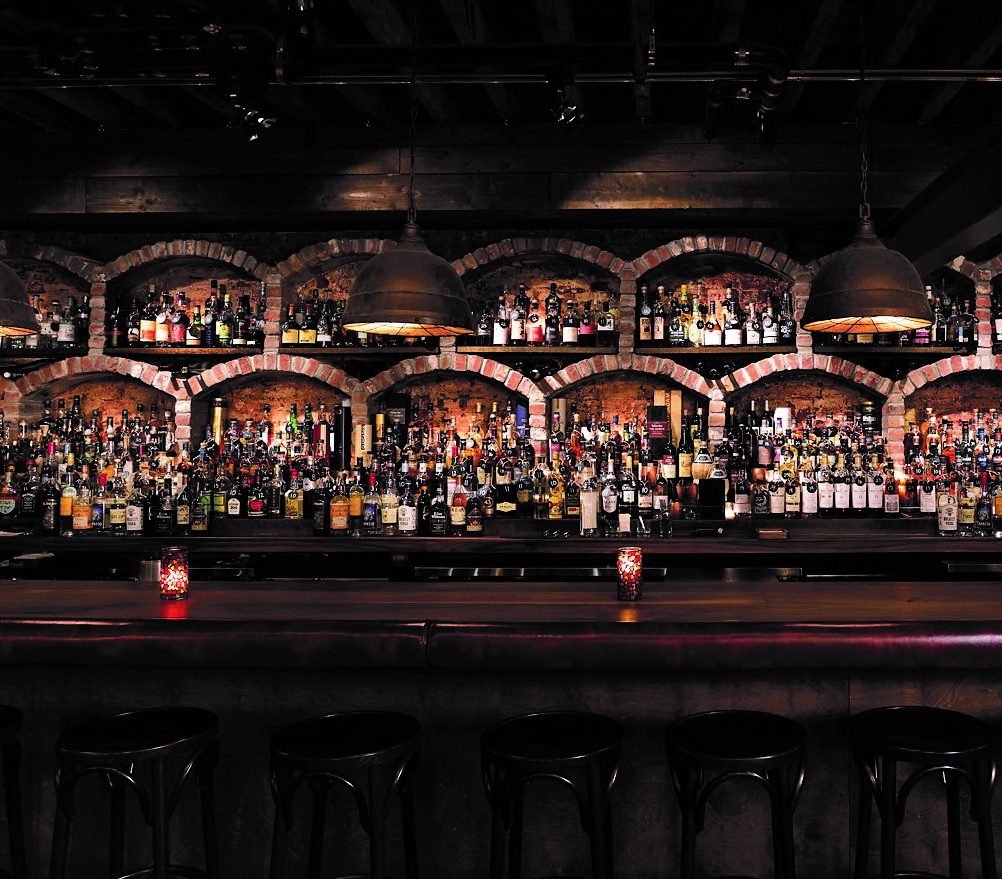 Raised by Wolves in San Diego has its back bar in the round.

Making Difficult Inventory Decisions In An Era Of Rapid-Fire Releases

Consider the back bar. Part billboard, part shelving, this humble swath of bar architecture has become a battleground for a multiplying field of brands vying for a scant number of slots. “With back bar space being at a premium these days, it is very cutthroat when it comes to bringing in new product,” says Steve Walton, head of beverage at High West Saloon in Park City, Utah.

The bounty of options for spirits buyers has never been greater. But how much of a good thing is Just…Too…Much? Like for a Netflix binger on a chilly winter weekend, the surfeit of choices can feel overwhelming even as they entice.

For Gary Gruver, senior manager beverage, Marriott International, which has  7,000+ units in operation, a product’s relevance within a program is paramount. “Other than the obvious value/quality of said spirit, of course,” he says. “Taking in spirits just for the sake of a placement really doesn’t do anyone any good, including the supplier—if it’s something that’s not going to play into the brand, it will ultimately be dead stock and won’t move.”

In Marriott’s case, that “brand” is generally a hotel bar, and while local outlets may have mandated core-list products, those operators can make locally relevant decisions on their own, especially with craft or regional brands. “That only strengthens locality for our concepts,” Gruver says.

But the appeal of craft and local only extends so far, says Kellie Thorn, bar manager at Atlanta’s Empire State South. “We like to work with smaller, more craft brands, but we won’t carry a product just because it’s ‘craft’ or ‘local.’ It has to be well made,” says Thorn. “We aren’t anti-Big Brand, by the way. Those producers are often the benchmark and we look to them to set an example.”

Kellie Thorn at Atlanta’s Empire State South believes there is room for big brands and craft alike behind the bar.

Chris Patino, co-owner of Raised by Wolves, a bar and spirits retail shop in San Diego, believes there has to be “synergy” between a bar’s ethos and products they offer: “While you can’t completely ignore the trends, or the wants and needs of your clientele, I think that it’s important to stay the course and stick within the lines of the program that you create.”

A brand’s backstory can be a factor, too. Or not. “We love brands that have great stories, but they have to be genuine/authentic,” says Patino. “I spent enough years on the marketing side of this business, working with giant spirit brands that spun made up artificial origin stories to give their brands a more interesting meaning. Ironically, a lot of those brands did have great stories regarding their quality and production methods, but those weren’t the stories being told because they weren’t ‘sexy’ enough for consumers.”

Dave Fisher, beverage director at New York City’s Gran Tivoli and Peppi’s Cellar, disagrees slightly. “To me the story is a bonus. I’m all about what’s in the bottle and its value proposition,” says Fisher. At his operations, initial brand selection is based on product quality, bar theme, cocktail program, and filling niches—until his bar guests vote with their wallets. “If customers are continually calling for a brand, then naturally that comes into consideration. The integrity of the venue is still the most important driver, but at the end of the day, we are here to provide people with what they like,” he adds.

Dave Fisher at Peppi’s Cellar in New York City filters selections based on a combination of factors, starting with quality and value, but also taking into account bar theme and category niches.

Meeting consumer demands, of course, is sometimes a matter of accounting for the masses. Alberto Miranda, who owns Nobody Told Me in Manhattan’s Upper West Side, notes, “We are in the hospitality industry and that’s always part of the context when making inventory decisions.

There are brands that you just need to carry because of the loyalty their consumers have—Tito’s and Hennessy come to mind. In certain markets, not carrying them is akin to being inhospitable to large demographics.”

And then there’s personal preference and relationships. Tommy Flynn, beverage director at Paper Daisy in New York, says, “Like anyone else, I have a couple of categories, mezcal and gin, that I am particularly fond of. A lot of my friends have made the jump from bartender to brand ambassador over the years. I like to support where I can and bring their products in.”

Bars that specialize can find it easier to decide, especially if their goal is to stock a comprehensive range of a category. “I like to always have a few interesting bottles to geek out on with my customers,” says Miranda.

“Right now it’s Fabriquero Sotol. Not only is it delicious with very pronounced leather and grass notes, but it helps out parts of Mexico that haven’t benefited from tequila production.”

Buzz doesn’t do it for all buyers, unless the demand becomes insistent from customers, though. “What is in the bottle means more to me than buzz,” says Flynn. “To be honest, I’m kind of weird when it comes to this. The more buzz something has, the less excited I am about it. I love a good backstory but if the juice doesn’t live up to the story then there isn’t much interest.”

Patino has perhaps the best explanation of what gets bought, served, and displayed at most thought-out operations: “For us, the absolute most important thing when it comes to selecting new products is quality, followed closely by price, and finished by answering one simple question: Would we be proud to serve this to our friends and family at home?”