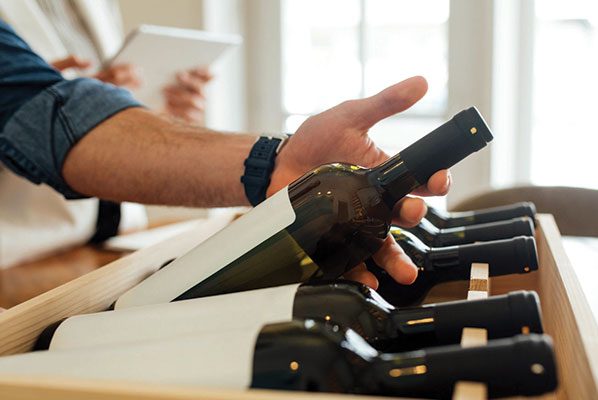 Remodeling in 2018 almost tripled the size of Regency Wine & Liquor in Winter Garden, FL. So, when the renovation was complete, says manager Keith Shatsoff, it was time to upgrade the store’s services to match the new space. Hence, a wine club—three price tiers ($40, $90, $150), two to three bottles a month, and choices among red, white, rosé and sparkling.

“You have got to offer more, be more than just another liquor store, to try to be more of something customers can’t get elsewhere,” says Shatsoff. “And the wine club is just one way for us to do that. It’s way to upscale for our customer base, so they can try new wines.”

In this, Regency’s management understood that smart retailing in the 21st century requires more than product selection and greeting customers at the door. The best retailers know they have to make extra effort to succeed at a time when supermarkets, chains and big boxes can threaten their business by doing nothing else than being located down the street.

“Competition has never been more intense, and especially for the independent retailer,” says Dallas’s Bill Rich, a retail consultant who has been an independent retailer, a broker and a wholesale marketing executive. “The most difficult thing I had to do when I ran a store was to remind myself that people wouldn’t come in just because I had the store and I had a good location. You’ve always got to give the customer another reason.”

In other words, what do great retailers do to be great? What best practices do the best retailers follow to achieve success? These six points offer insight into just that:

“It’s mostly about leadership skills,” says Harry Constantinescu, the General Manager of The Juice Box Fine Wine & Spirits in Atlanta. “The person who is in charge has to be knowledgeable about the inventory and the products, but also has to be a good leader. Otherwise, turnover will be high.”

That means making their role more than a job where they count the hours until they go home, says Constantinescu. A good leader makes the job enjoyable, where each employee understands they’re essential to the company’s success, whether cashier or assistant manager. Otherwise, he says, “they don’t want to come to work, and then what’s the point?”

“You’re looking at 50 percent turnover a lot of the time,” says Rich, “and most of the that’s because of things you control, whether i’ts low wages or not treating the employees as well as you should.”

“Just because they’re spending $15 instead of $10, or $20 instead of $15, that doesn’t mean they don’t still want value,” he says. “They want something that’s worth what they pay for it. They’re just not buying $30 wine to buy $30 wine. So that’s what we focus on. That way, we can still have $10 wine for people who want that, and they’re willing to spend more if they can see the value.”

3. Get Involved With Community

One of the most important—and most complicated—things about running a local business is figuring out how to be part of the community.

“The difficulty is helping people without alienating anyone,” says consultant and former retailer Wayne Belding, MS, of Boulder, CO. “You want to find apolitical things to do that benefit the community.”

His advice: lots of small, very local donations—things like gift cards, tastings, and wine for receptions for schools, community groups and the like. Multiple small events do a better job of getting the business in front of the community than one big event. Plus, keeping it local and apolitical means less chance of offending people. Regardless, says Belding, form a strict policy and stick to it: “That way, when someone asks for something, you have a reason for saying yes or no.”

Wine clubs not only build customer loyalty, says Rich, but provide a steady income stream. Typically, customers join the club for minimum number of months, often three, and pay when they order. That means the retailer gets their money up front, which can be used to market the club.

Having said that, says Shatsoff, the club needs to offer value: “You just can’t put something in there just to have a wine club. Customize. Make it attractive enough so people see it as something worth the money.”

“When you open your store, you’re getting people who used to shop elsewhere,” says Constantinescu. “So you have to find a way to keep them from going to the next store that opens.”

To this end, The Juice Box’s 18-month-old loyalty program focuses on legitimate benefits, not just an occasional discount. It includes frequent purchase rewards, invitations to special events, special wine deals, free items, and the like.

“So far,” says Constantinescu,”it has done everything I have wanted it to do for customer loyalty.”

It’s one thing to uncork a few bottles. It’s another to hold an in-store tasting so that it’s a plus for the business.

“You don’t want to hold a wine tasting just to hold a tasting.” says Dechant. Khan’s, in fact, has established a reputation in the Indianapolis area for its tastings, whether it’s the annual sparkling wine event during the holidays or its yearly distributor event, where as many as 10 wholesalers pour their wines in one of the store’s most popular events.

Dechant’s point: The tasting needs to fit the retailer’s goals; it needs to be unique, and it needs to be supported with publicity and discounts. One example: An oaked/unoaked tasting this spring, to show the differences oak makes in wine production. “Our goal is educational,” he says. “It’s one thing to sell wine from a tasting, but it’s another to educate the customer so they’ll buy more wine down the line. That’s what’s we’re trying to do.”