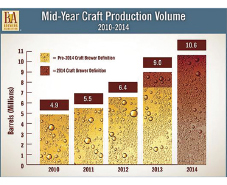 Small and independent craft brewers enjoyed continued growth in the first half of 2014, according to new mid-year data released by the Brewers Association (BA), the not-for-profit trade association that represents the majority of U.S. breweries. 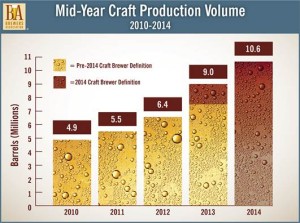